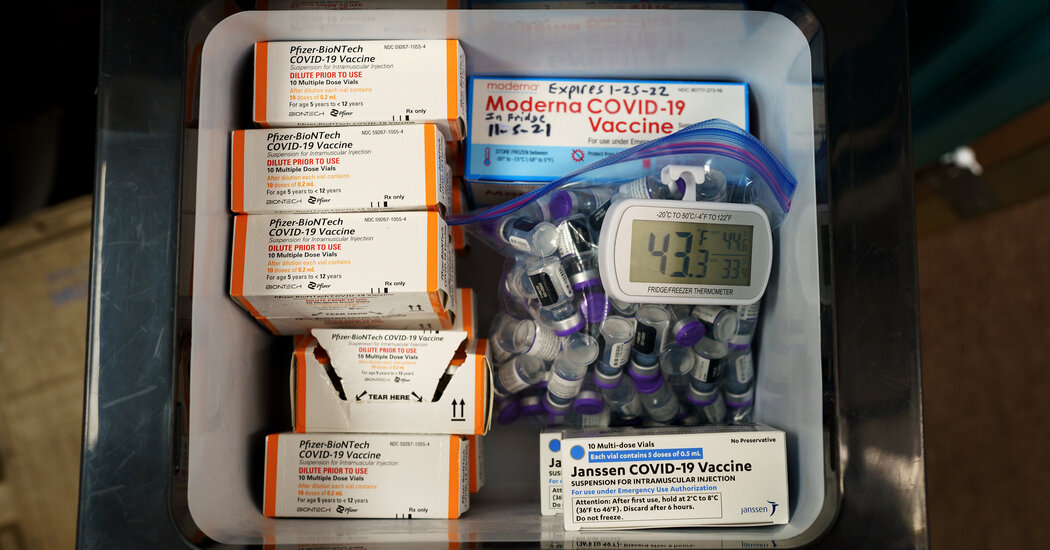 Third shots of coronavirus vaccines significantly reduced the risk that people with weakened immune systems would be hospitalized with Covid, the Centers for Disease Control and Prevention reported on Thursday, reinforcing the case for additional doses in that group.

The data came from a study of people treated at 21 American hospitals from August to mid-December, a period when the Delta variant was dominant. But third doses have also been shown to bolster people’s defenses against severe outcomes from Omicron, even if the overall protection against that variant is weaker.

The latest C.D.C. study also added to the considerable evidence that third doses bolster the defenses of people with stronger immune systems. Three doses of the Pfizer-BioNTech or Moderna vaccines were roughly 97 percent effective in preventing hospitalizations in that group, compared with 82 percent effective among two-dose recipients.

But there have been fewer studies on the real-world impact of additional doses in people with weakened immune systems. Those people — the C.D.C. estimates there are about seven million in the country — can be born with faulty immune systems or, in other cases, experience a weakening of their immune defenses because of treatments for diseases like cancer.

Many of them produce fewer antibodies in response to a vaccination or an infection, leaving them susceptible to the virus and to higher risks of serious illness.

In August, federal regulators authorized a third Pfizer-BioNTech or Moderna dose at least four weeks after the second dose for some immunocompromised people. Health authorities considered the additional dose for this group an integral part of their primary immunization series, rather than a booster shot.

In October, the C.D.C. said that immunocompromised people could also get a booster shot as soon as early 2022 — a fourth dose of vaccine — as a way of enhancing or restoring protection. But some of those people have said that pharmacies or hospitals have refused them the additional doses.

For immunocompromised people with a single shot of the Johnson & Johnson vaccine, the C.D.C. advises a booster dose of the Moderna or Pfizer-BioNTech shots.

The new study evaluated roughly 1,100 adults with weakened immune systems and 1,900 other adults. The C.D.C. said that future studies should look at the protection afforded by additional doses against the Omicron variant in immunocompromised people, as well as the durability of that protection.