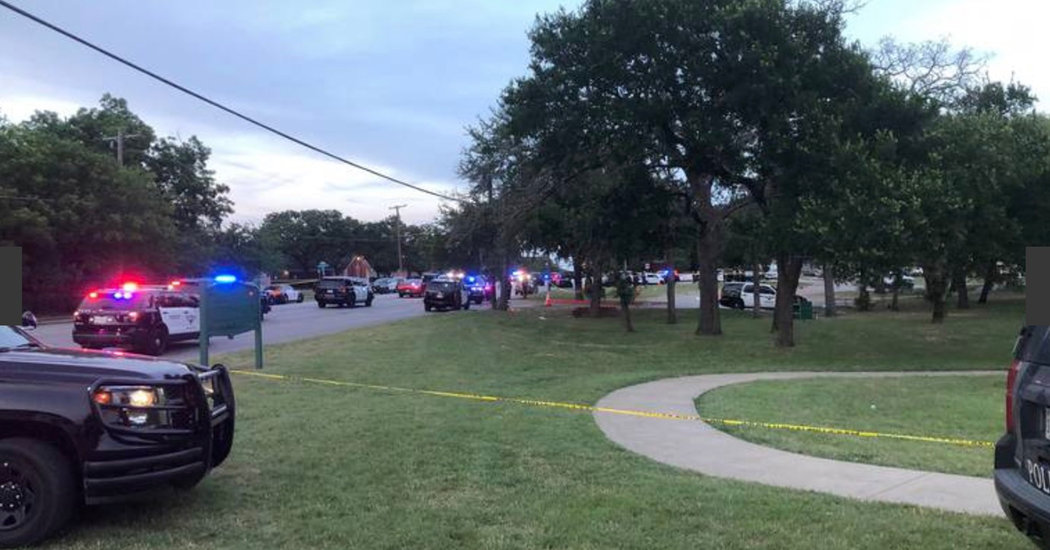 Five people were injured on Sunday night at a Fort Worth park crowded with hundreds of people, the police said.

At around 5:45 local time, officers with the Fort Worth Police Department responded to Village Creek Park, where people were riding all-terrain vehicles and drinking alcohol — both city ordinance violations, the officials said.

Five officers attempted to disperse the growing crowd of about 400 people, some using their car sirens and public address systems to order that people leave the park, the police said on Monday, revising an estimate from Sunday that 600 people had gathered.

Officials said witnesses described fireworks going off at the park followed by at least 30 rounds of gunfire. And a marked police vehicle’s camera system captured people fleeing the scene after hearing the gunshots, the officials noted.

At a news conference on Sunday night, officials said two people had been critically wounded and three had injuries that were not life-threatening. On Monday afternoon, the police said all five shooting victims were expected to recover. Further details on the victims were not immediately available.

Video posted on Twitter showed the chaos of the scene: people crouching behind moving cars and sprinting across a road while the sounds of sirens and popping noises could be heard in the background.

Officials said it was too early to say what precipitated the shooting. They said they were exploring the possibility it might be related to a separate shooting that took place nearby earlier Sunday. The police department’s gang unit was continuing to investigate.

It was also unclear what hundreds of people were doing in the park at the time, especially during the coronavirus pandemic.

“We’ve been stating that everybody would follow the rules that have been set out,” Officer Buddy Calzada of the Fort Worth police said at the news conference. “We try to work with everybody. Ultimately people have a choice and that’s just the choice they made tonight.”

The shooting came as states and municipalities are wrestling with when and how to reopen during the pandemic as officials try to balance public health needs with a desire to open businesses and restore jobs.

Texas has been one of the states in the forefront of the reopening movement. Last month, Gov. Greg Abbott announced that retail stores, restaurants, movie theaters and malls would be allowed to reopen with limited capacity.