Susie Goulding said she feels like she’s living with a “broken brain.”

“It’s like a computer that’s processing,” said Goulding, who lives in Oakville, Ont. “It’s spinning and I’m just waiting for the information to come to my brain, but it doesn’t come.”

Goulding started experiencing symptoms of COVID-19 in March 2020. She was not tested during her initial illness because her symptoms didn’t match up with early testing criteria. She said her doctor has since made a working diagnosis of COVID-19 based on her ongoing symptoms.

Today, she is just one of a growing number of Canadians who say they’re suffering from so-called long COVID, a condition where people who contract even a mild case of COVID-19 experience symptoms for weeks or months after their initial illness.

Recent research has found that one in three of those who contract COVID-19 can go on to develop persistent symptoms, with studies citing heart, lung and cognitive issues, as well as debilitating fatigue and pain. They’ve come to be known as COVID long-haulers, and based on these recent statistics, Canada could have more than 200,000 of them at this point in the pandemic. 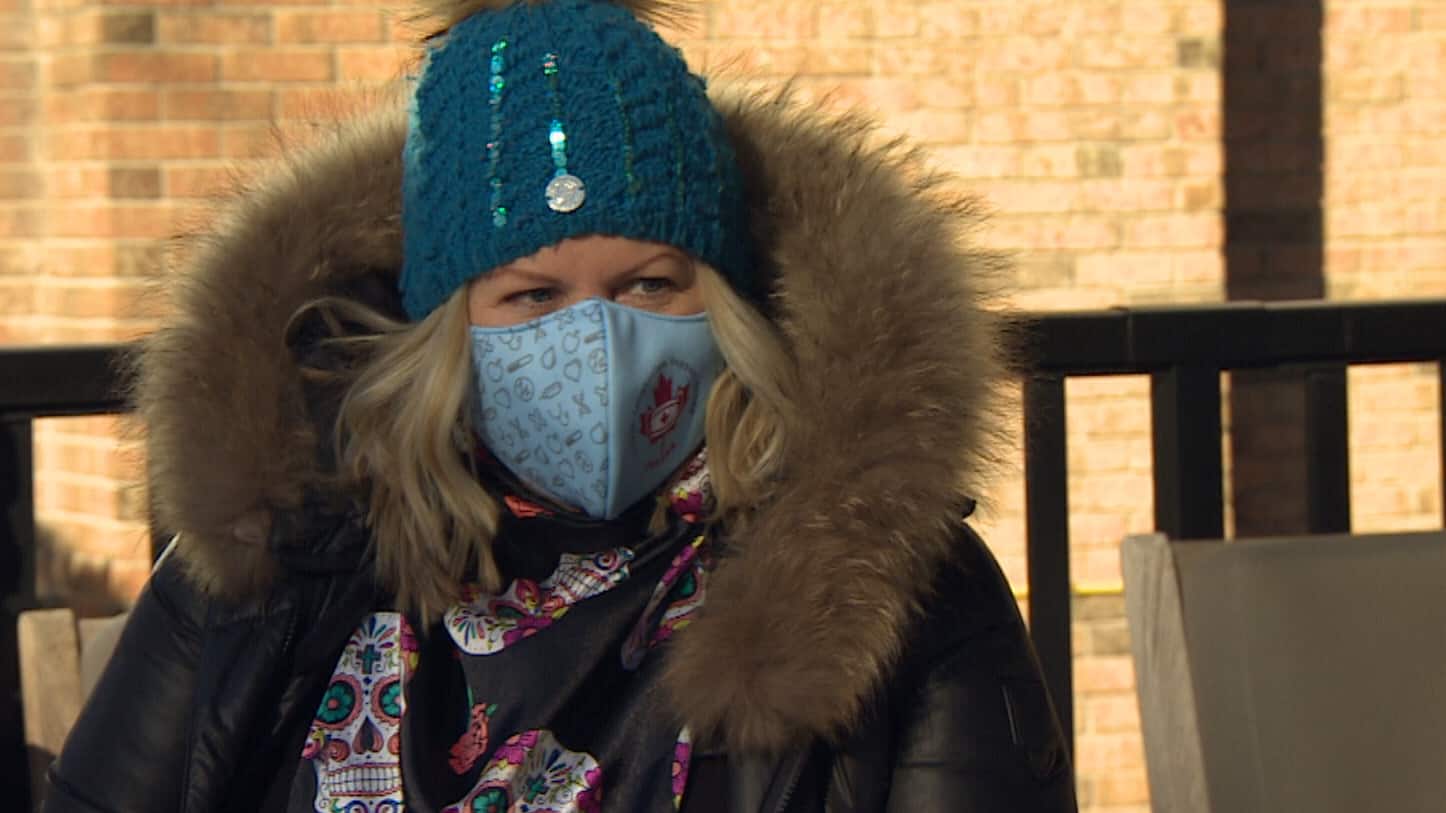 Susie Goulding says she feels like she’s living with a ‘broken brain.’ She started experiencing symptoms of COVID-19 in March 2020 and has paid hundreds of dollars for private medical treatment because, she says, she hasn’t been able to access the care she needs in the public system. 1:00

It’s a growing population that Goulding said is struggling to access the medical care it needs to recover.

“You’re not being protected by this umbrella of Canadian health care that we’re accustomed to,” said Goulding. “It just sort of proves the fact that they’re absolutely ignoring us.”

While extra health-care dollars have been invested in treating COVID-19 across Canada, experts say the country lags behind others when it comes to allocating resources for the treatment of those with long-COVID symptoms, specifically.

To investigate where gaps in health care for long-haulers may exist in Canada, CBC Marketplace launched a nationwide questionnaire designed in consultation with medical experts.

Responses were gathered from over 1,000 Canadian long-haulers through an online questionnaire conducted by Marketplace from Dec. 9, 2020 to Jan. 6, 2021. It was circulated among members of the COVID Long-Haulers Support Group Canada Facebook group, among others.

More than 60 per cent reported that they have not been able to access the care they believe they need to recover.

Symptoms experienced by respondents to our questionnaire include:

In the U.K., the National Health Service (NHS) England is spending at least 10 million pounds, or $17.3 million Cdn, to open 81 long COVID specialist clinics across the country. U.K. Health Secretary Matt Hancock said “they will bring together doctors, nurses, therapists and other NHS staff like physiotherapists.”

Meanwhile, Canada has six in-person post-COVID clinics that take on long-haulers: two in Ontario, three in the greater Vancouver area, and one in Sherbrooke, Que. These clinics are funded through hospital operating budgets, charitable donations and research dollars.

Because these clinics have limited capacity and often run as part of research studies, they only accept patients with a confirmed diagnosis of COVID-19. Many long-haulers say this has left them shut out.

Tracey Thompson, a long-hauler who first presented with symptoms last May, also didn’t meet the provincial criteria for COVID-19 testing when she first got sick. “Because I hadn’t been out of the country. I wasn’t eligible for testing,” she said.

Since then she has spent a lot of time at home with her fingers crossed, hoping for what she calls the holy grail of treatment.

“I wake up every day and I hope that there’s going to be some news about something like the [U.K.’s clinics] opening up in Canada,” said Thompson. “[Here], there’s no cohesive or sort of holistic care plan for people with long COVID.”

CBC Marketplace’s investigation revealed that more than 54 per cent of long-haulers who were not tested for COVID-19 with a PCR swab test said it was because testing was not available to them when they got sick. Another 34 per cent who weren’t tested said it was because they did not meet the provincial standards for testing at the time.

Back in April, assessment centre physicians told CBC News that they had been directed to use their testing capacity for priority groups like health-care workers and not members of the general public, even if they were symptomatic.

At one point, centres were turning away between 25 and 30 per cent of people who showed up with a referral. Now, it’s too late for long-haulers who contracted COVID-19 early on in the pandemic to get tested.

A lack of sufficient medical support to treat long COVID patients could become a problem, said Dr. Angela Cheung, Professor of Medicine at the University of Toronto and co-lead of the Canadian COVID-19 Prospective Cohort Study (CANCOV), which is evaluating early to one-year outcomes in patients with COVID-19.

“The hospitals are overwhelmed, and in some ways the [post-COVID] clinics are overwhelmed, too,” said Cheung. If Canada doesn’t properly look after long-haulers, “we would have a lot of people feeling not well [who] can’t go back to work.”

WATCH | Why Canada’s support for COVID-19 long-haulers is lagging: 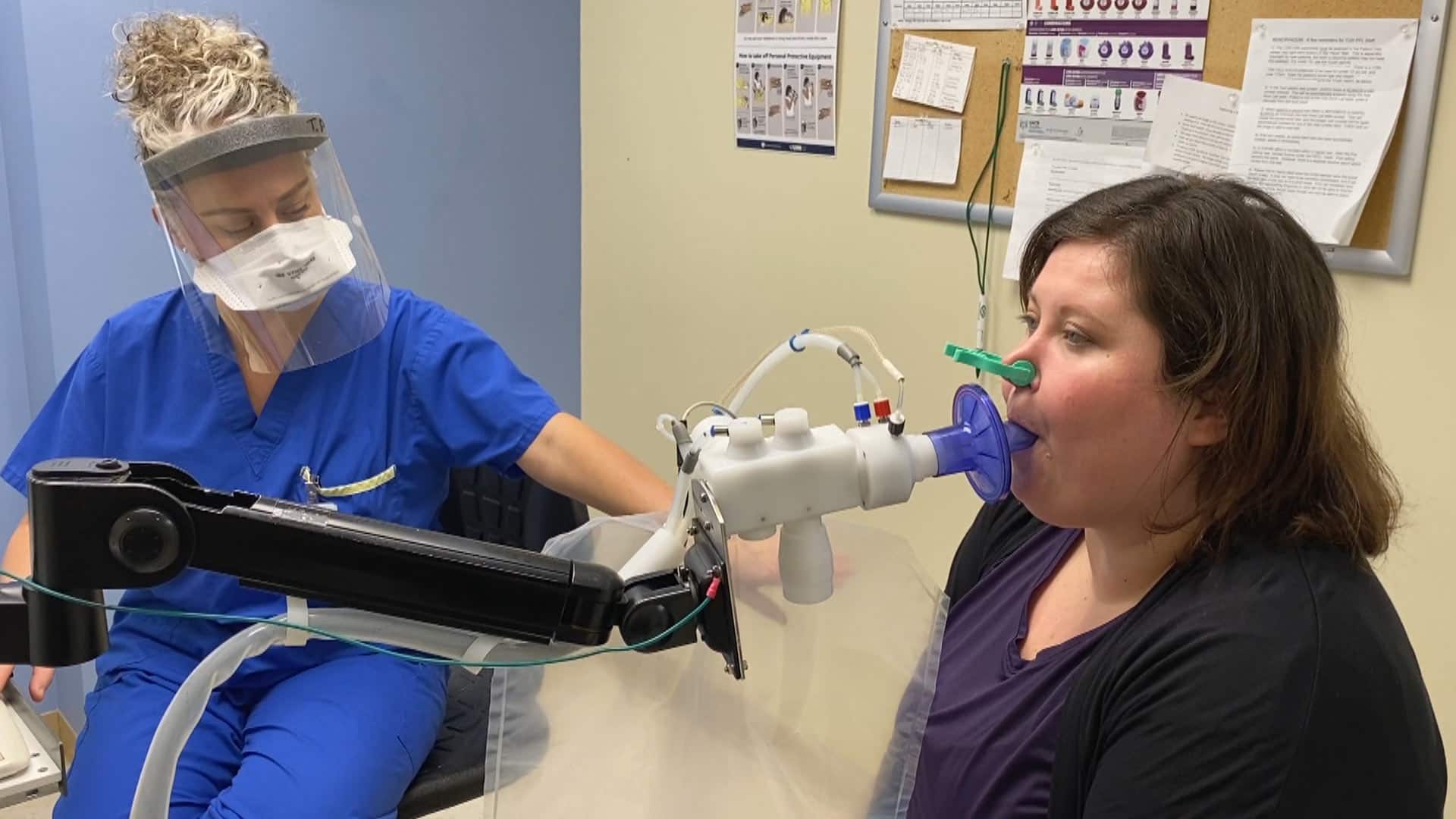 Canadians who experience symptoms of COVID-19 for weeks or months after first getting ill told CBC’s Marketplace and The National they are struggling to access the medical care they need. Countries such as the U.K., meanwhile, are funding specific health-care services for those known as long-haulers. 4:31

‘They don’t  believe you’ without a positive test

Over 50 per cent of long-haulers told Marketplace that one or more physicians did not believe them when they presented with symptoms, and nearly 40 per cent said their doctor told them they were suffering from anxiety or depression and not COVID-19.

Abrar Faiyaz, a business student at Seneca College who began experiencing symptoms last March, was not tested for COVID-19 because of limited testing at the time reserved for people who had travelled out of the country. Some of his doctors have suspected he has post-viral syndrome, he said, and his symptoms are consistent with long COVID. However, he has still had to convince other doctors that he’s sick in order to get referred for medical testing despite suffering from brain fog and debilitating back pain since his initial sickness.

“I’m 22, had no prior illness, was extremely healthy and extremely fit,” said Faiyaz. “If people can’t see that you’re ill, they don’t believe you.”

Other respondents said they had been brushed off and dismissed by their doctors, or were repeatedly denied antibody testing. One respondent told Marketplace the lack of care they’d received made them feel so helpless, they considered suicide.

To help inform physicians, the U.K.’s National Institute for Health and Care Excellence recently published guidelines that advise doctors on diagnosing and treating patients with long COVID. The guidelines also discourage physicians from relying on a positive COVID-19 test for diagnosis or referral to specialists and long-COVID clinics. No such guidelines exist in Canada.

She became sick with common symptoms of COVID-19 four days after seeing a patient who was later confirmed to have the virus. She said PPE was not in place for general practitioners at the time. She was tested twice after becoming symptomatic, but both times the test came back negative. The federal government’s online information portal about testing notes that a test’s accuracy “can vary” depending on when it was taken.

Dobyns has been experiencing symptoms of long COVID for ten months, and said she has not been able to get medical help from a post-COVID clinic.

“If somebody had a typical COVID-like illness and they’ve developed persistent symptoms, [treat it] as COVID,” said Dobyns. “If it walks like a duck and it talks like a duck, that’s most likely what it is.”

“We need boxes that we can say, ‘oh, that sounds like this,'” said Dobyns. “And I don’t think we always do well … when we see something that just doesn’t make sense.”

Paying for treatment out of pocket

For long-haulers who haven’t been accepted to a post-COVID clinic, the cost of paying for care themselves can be in the thousands of dollars.

Bayley said the same course of treatment privately could cost as much as $1,500.

More than 45 per cent of questionnaire respondents told Marketplace they’ve spent their own money on treatment, with 31 per cent of those respondents spending over $1,000 on followup care not covered by private health insurance. Some spent $10,000 or more.

Private MRIs and CAT scans, naturopathy treatments, rehabilitation, occupational therapy and equipment for monitoring their own symptoms at home are some of the costs long-haulers told Marketplace they had incurred in an effort to treat themselves.

Health Canada told Marketplace that there is insufficient data on COVID long-haulers to determine how common these long-term effects are among Canadians, as well as the spectrum of complications.

As the majority of the questionnaire respondents reside in Ontario, Marketplace also contacted Ontario’s Minister of Health Christine Elliott to ask what the province is doing to support COVID long-haulers.

In a written statement she said that Ontario is spending $2.5 billion more in the hospital sector during COVID, but did not address the issue of long-haulers specifically.

Cheung said she’d like to see multidisciplinary post-COVID clinics set up in all provinces and funding support to run these clinics, because Canada is “definitely lagging behind.”

“We need people who are thinking about health-care systems and policy and the economy to figure out, like, what are we going to do with this bill [and this] tsunami of disability that is coming.”

At the time of publication, CBC counted six clinics that are treating long-haulers confirmed to have had COVID-19: