You Are Here Home Health News 7 in 10 Canadians don’t use condoms: McMaster University 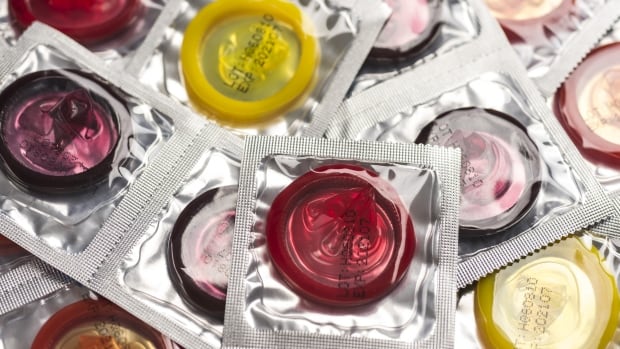 Seven out of 10 Canadians aren’t using condoms during sex, while the country’s youngest fornicators practice safe sex more than any other demographic in Canada, according to a new McMaster University study.

Researchers surveyed roughly 2,300 sexually active Canadians to peek under the covers and get some insight on intimacy across the country.

While the study focused on penile-vaginal intercourse and only included people who had sex at least 10 times in the last six months, the team says the results are balanced to represent Canada’s diverse population.

The findings show 70 per cent of Canadians surveyed don’t use condoms in penile-vaginal intercourse, while 71 per cent of those aged 18 to 35 do.

The study also reveals 85 per cent of people having casual sex reported using condoms compared to 36 per cent of Canadians in committed relationships.

Condom use was greater among more educated people. About one in two college and university graduates or those who learned how to use condoms practiced safe sex.

“The indications that condom education is associated with increased condom usage is an important reminder,” Tina Fetner, a lead author and McMaster sociologist specializing in sexuality, said in a release.

“If that education did not exist, condom use would decline and risk would rise,” she added.

Meanwhile, men diagnosed with sexually-transmitted infections were about three times more likely to never use condoms compared to men who didn’t receive an STI diagnosis.

“There is a group of people who are just risk-takers, who are more likely to get STIs and continue with their risky behaviour,” Fetner said.

“It is an important public health problem and it does not have an easy solution.”

Men of colour use condoms more often than white men

Sixty-seven per cent of men from visible minority groups in the poll were much more likely to use condoms compared to 40 per cent of white men.

“They’re just much more careful than white men in terms of their condom usage,” Fetner said.

“I think this really suggests they’re more vulnerable to social consequences that are associated with their sexual choices.”

The study is part of Fetner’s Sex in Canada project, which will probe into the sex lives of people in other countries.

“There’s an open question about why people do what they do sexually and what are the social forces that influence them,” Fetner says.

“In a country with more liberal policies, such as access to legal and safe abortion, same-sex marriage and no-fault divorce, do we see different kinds of sexual behaviour?”

The team will use the results to offer recommendations to lower STI rates and unwanted pregnancies through condom use.