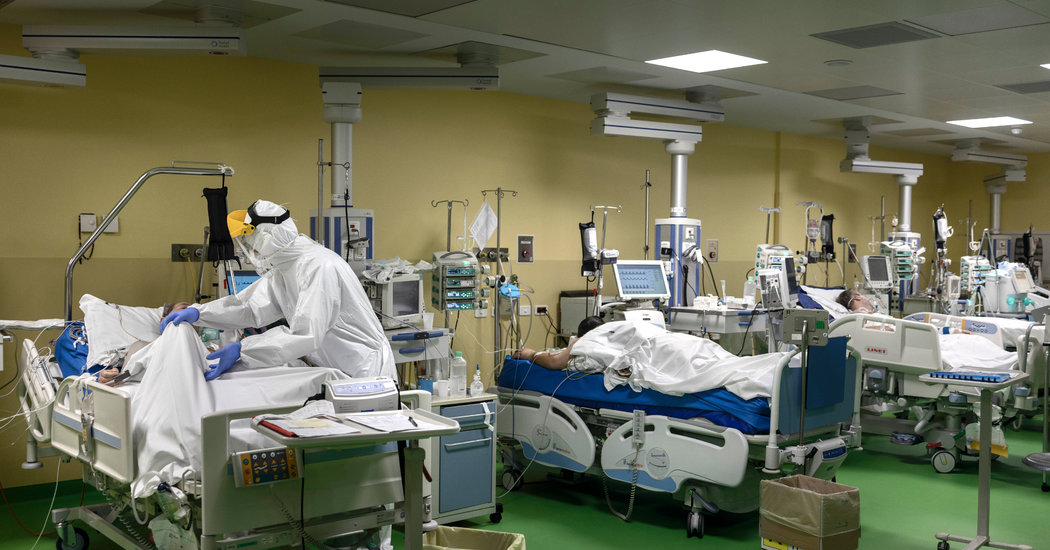 With vaccines still months, maybe years, into the future, researchers are rushing to determine whether existing drugs can be used to treat the coronavirus. In the United States, only one — remdesivir — has been shown to be effective in speeding recovery.

In the new study, published in The Lancet, researchers at six public hospitals in Hong Kong and the University of Hong Kong followed 127 adults with Covid-19, including 86 on the three-drug cocktail and 41 in a comparison group.

Their study was a preliminary Phase 2 trial, intended to see if a treatment works. (It does not determine whether the treatment is better than other options, but there are few other options for the coronavirus.)

The patients who were started on the cocktail within seven days of having their first symptoms stopped shedding the virus — meaning they were recovering and no longer infectious — earlier than patients in the comparison group, the researchers found.

In Hong Kong, even those with mild disease are hospitalized. The patients on the triple-drug combination also appeared to get better faster, and they had significantly shorter hospital stays than the comparison group, according to the study.

Patients given the three-drug cocktail tested negative for the coronavirus within seven days, on average, compared with an average 12 days among those treated with the one drug. The cocktail also cut the duration of Covid-19 symptoms in half, to four days from eight days.

“This is good news,” said Dr. Sarah Shalhoub, an infectious disease specialist at Western University in Ontario, Canada, who wrote a commentary accompanying the article. “It tells us that patients get better faster, and the time they need to be hospitalized is shorter, and their viral shedding is of shorter duration.”

“Whether these results will be reproducible in the patients who require a lot of oxygen and end up in the intensive care unit is a different story,” Dr. Shalhoub said.

“We can’t extrapolate from these results and assume they would apply to patients on ventilators or those who are expected to go on a ventilator soon.”

The study was designed as a randomized trial: Patients who enrolled were assigned at random to the triple-drug therapy group or the comparison group, and the participants in the two groups were similar.

The triple-drug treatment appeared to be safe. There was no difference between the two groups in side effects, which included fever, nausea and diarrhea, though one patient in the comparison group had to discontinue treatment because of liver problems.

A limitation of the study was that it was an open-label trial, meaning that both the researchers and the patients knew which drugs were being given. This can subtly bias assessments of the data. In addition, some patients who were admitted seven days or more after their symptoms started were not offered interferon, but were analyzed as part of the combination group.

Previous research has found that a combination of lopinavir-ritonavir and ribavirin significantly reduced respiratory failure and death in patients with another coronavirus, the SARS virus. Interferon beta-1b has been shown to reduce viral load and improve lung problems in animal studies of the MERS virus, also a coronavirus.