You Are Here Home Health News A Possible Remedy for Pandemic Stress: Exercise 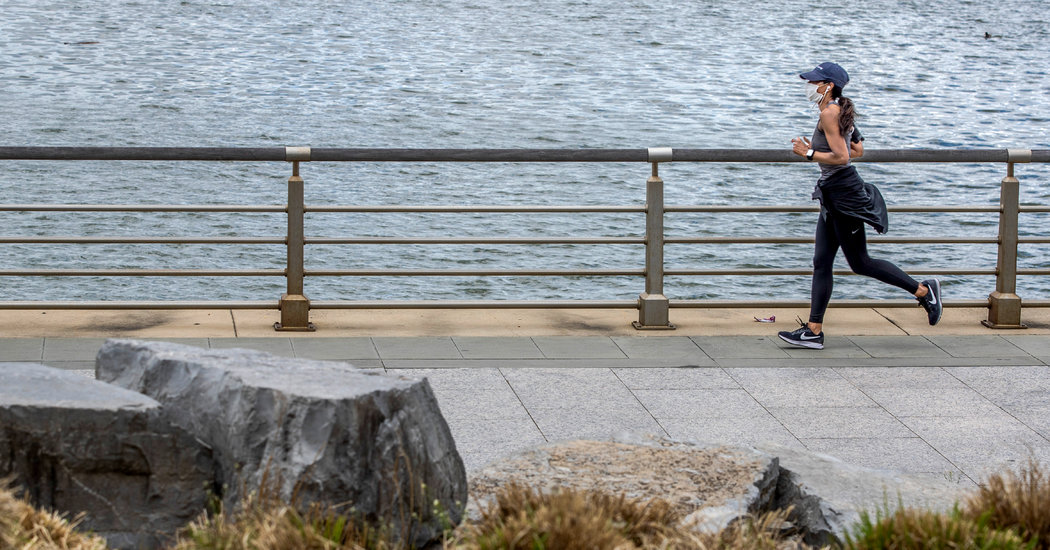 Can we help ease the stress of the coronavirus pandemic by moving more?

A new study of exercise and mental health during the early stages of the nationwide lockdown suggests that the answer is yes. It finds that people who managed to remain physically active during those early weeks of sheltering at home were less depressed and more mentally resilient than other people whose activity levels declined.

The study is preliminary and not yet peer-reviewed, but its results indicate that, during difficult, testing times, the benefits of exercise extend beyond the physical and perhaps bolster our psyches.

Few people living through this pandemic will be surprised to learn that quarantines and similar measures put in place to combat plagues are associated with poor mental health. A review study published in February found that past quarantines resulted in lingering stress, confusion and mounting anger.

Exercise, meanwhile, is known to improve moods, a phenomenon I have written about often. But stay-at-home orders tend to reduce physical activity, since people stay at home and, for the most part, exercise less there. Recent data from the makers of activity trackers show that most people’s daily step counts declined after the lockdowns began worldwide in March.

But whether being less active during the pandemic might also affect how well people deal psychologically with the situation has not been clear. So, for the new study, which was published this month at the pre-print site Cambridge Open Engage, which allows new research to be uploaded and disseminated before it is peer-reviewed and published in an established journal, researchers from Iowa State University, Trinity College Dublin and other institutions decided to ask people how they were feeling these days and whether they were exercising much.

To accomplish this, they sent emails in early April to people affiliated with Iowa State, as well as their far-flung friends, families and acquaintances. Eventually, about 3,000 healthy, nonsmoking men and women aged between 18 and their mid-80s agreed to answer probing questions about their current lives.

The volunteers wound up completing multiple questionnaires about how often they exercised during an average day before the pandemic began, as well as how many hours they spent sitting.

The researchers next asked for comparable estimates of how much — or little — exercise people managed now, during the early April shelter-in-place mandates, and how often they sat. They inquired, too, about the extent of each person’s pandemic isolation. Were they fully self-quarantining inside, or were they getting outside while social distancing?

Finally, they asked people to complete additional questionnaires focused on their current mental health, including any symptoms of depression, anxiety, stress, loneliness or if they generally were happy

After collating people’s replies, the researchers divided everyone into groups based on whether they previously had or had not met the standard exercise guidelines of 150 minutes per week of moderate exercise and whether they continued to meet those guidelines now, during lockdown. Then they compared exercise routines and moods.

And they found a consistent pattern of more exercise correlating to better cheer and vice versa. In particular, people who once had been active but rarely exercised now were significantly more likely to feel depressed, anxious, lonely and otherwise worried and dour than people who had continued to work out for at least 150 minutes a week.

The effects were most striking among the people in full quarantine, few of whom had maintained their prior exercise routines and most of whom reported feeling sad, depressed and solitary now.

This study involved only 3,000 people, however, most of them white and well-educated, and relied on their memories of exercise habits, which can be unreliable. Also, because it covered separate, momentary snapshots of their lives before and during the pandemic, it cannot tell us whether being more or less active caused people’s feeling to change, only that their exercise and moods were linked.

But, however limited, the findings are provocative and hopeful. “These are particularly stressful times,” says Cillian McDowell, a postdoctoral researcher at Trinity College Dublin and one of the study’s lead authors. “This study suggests that maintaining and ideally increasing our current levels of activity” — while adhering to local public health restrictions, of course — “is an effective way to manage this stress.”

Or as Jacob Meyer, an assistant professor of kinesiology at Iowa State and the study’s other lead author points out, “In the same stressful situation, people who maintained their normal physical activity experienced less symptoms of depression and anxiety, across the board” than people whose levels of activity slipped.

Of course, “exercise is hardly going to fix everything” that is frightening and disorienting about the pandemic, Dr. Meyer adds. “But it can be one thing we have control over. We can get up and move.”