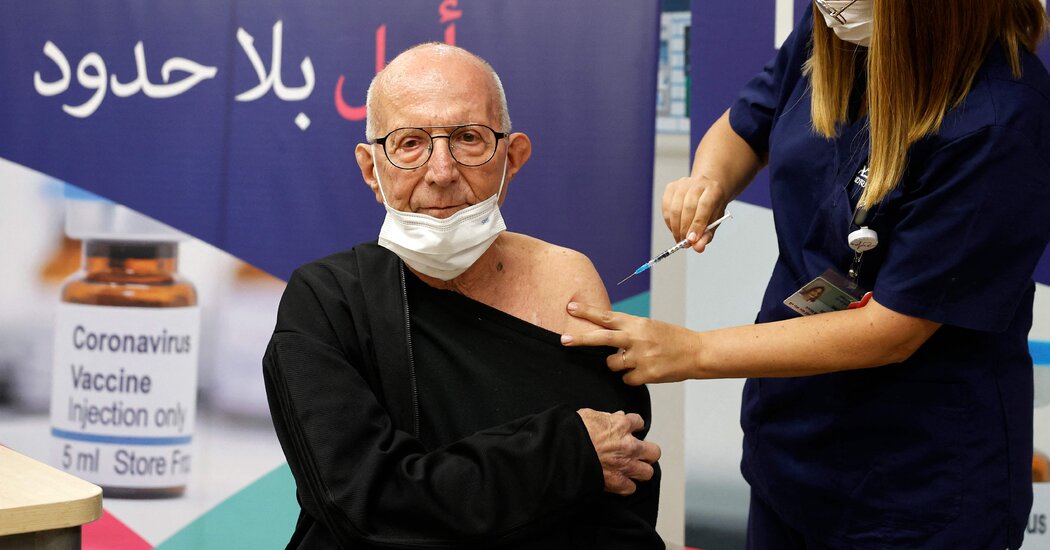 A second booster shot of the Pfizer-BioNTech Covid vaccine provides additional short-term protection against Omicron infections and severe illness among older adults, according to a large new study from Israel.

But the booster’s effectiveness against infection in particular wanes after just four weeks and almost disappears after eight weeks. Protection against severe illness did not ebb in the six weeks after the extra dose, but the follow-up period was too short to determine whether a second booster provided better long-term protection against severe disease than a single booster.

The study focused on adults ages 60 and older, and did not provide data on the effectiveness of a second booster in younger populations.

The findings, published on Tuesday in the New England Journal of Medicine, suggest that additional boosters are likely to provide fleeting protection against Omicron infections in older recipients, and are consistent with evidence that vaccine effectiveness against infection wanes faster than against severe disease.

“For confirmed infection, a fourth dose appeared to provide only short-term protection and a modest absolute benefit,” the researchers wrote.

The results come in the midst of a debate over whether and when Americans might need additional boosters. The Food and Drug Administration is convening a panel of outside advisers on Wednesday for discussion on the broader U.S. booster strategy.

The rapid spread of the highly transmissible Omicron variant, which can evade some of the body’s immune defenses, has intensified the discussion of whether second boosters are broadly necessary.

Last month, the F.D.A. authorized second booster shots of the Pfizer-BioNTech and Moderna vaccines for adults ages 50 and older, as well as immunocompromised people ages 12 and older. The agency also authorized an mRNA booster for adults who have already received two doses of the Johnson & Johnson vaccine.

It’s likely to be a tough sell: While 66 percent of Americans have been vaccinated, just 30 percent have received a booster shot.

It is clear that the Omicron variant has blunted the effectiveness of Covid vaccines, but data on the benefits of a second booster remains limited. A previous study from Israel, which has not yet been published in a scientific journal, found that older adults who received a second booster were 78 percent less likely to die of Covid-19 than those who had received just one booster shot.

But scientists criticized the study’s methodology, and the benefits of a second booster for young, healthy adults are less clear. Some experts note that most adults who have been vaccinated and boosted once are already likely to be protected from severe illness and death.

The new study is based on records from the Israeli Ministry of Health on more than 1.2 million older adults who were eligible for the fourth shot between Jan. 10 and March 2, when Omicron was the dominant variant in the country.

But the study covered a relatively short period, and whether the benefits against illness hold up over the longer term remains unknown. The study did not report data on deaths.