You Are Here Home Health News AIDS deaths could double in sub-Saharan Africa due to COVID-19: U.N. 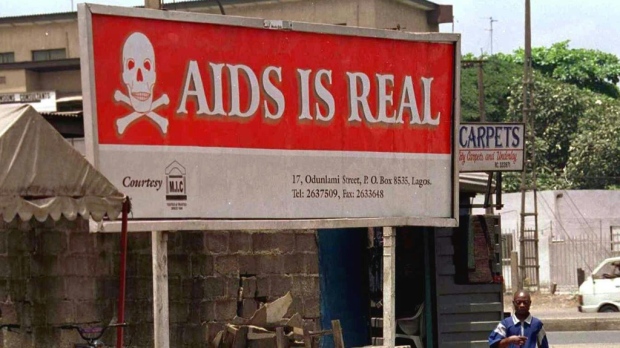 The number of deaths from AIDS-related illnesses in sub-Saharan Africa could double if the provision of healthcare to HIV sufferers is disrupted during the coronavirus crisis, the United Nations said Monday.

A six-month disruption of antiretroviral therapy due to the COVID-19 pandemic could lead to more than 500,000 extra deaths in the region in 2020-2021, the World Health Organization (WHO) and the UNAIDS said in a joint statement.

In 2018 — the latest figures given — an estimated 470,000 people died of AIDS-related deaths in sub-Saharan Africa.

The two UN bodies warned of the impact if HIV services are closed, supply chains interrupted, or healthcare services overwhelmed due to the COVID-19 pandemic.

Modelling conducted for the agencies said a six-month disruption in HIV healthcare services could turn the clock back to 2008, when more than 950,000 AIDS-related deaths were recorded in the region.

“The terrible prospect of half a million more people in Africa dying of AIDS-related illnesses is like stepping back into history,” said WHO director-general Tedros Adhanom Ghebreyesus.

The knock-on effects would see people continue to die in excess numbers over the following five years, the statement said.

In sub-Saharan Africa in 2018, an estimated 25.7 million people were living with HIV, of whom 16.4 million were taking antiretroviral therapy.

Tedros said some countries were already implementing measures such as ensuring people can collect bulk packs of treatment and self-testing kits.

“We must also ensure that global supplies of tests and treatments continue to flow to the countries that need them,” he added.

Five teams of modellers used different approaches to work out the effects of possible disruptions to testing, prevention and treatment services caused by COVID-19.

Disrupted services could also reverse gains made in preventing mother-to-child transmission of HIV, the agencies said.

Curtailment of HIV services for mothers and their children could see new child HIV infections rise by as much as 37 percent in Mozambique, 78 percent in Malawi and Zimbabwe, and 104 percent in Uganda, the modelling found.

“There is a risk that the hard-earned gains of the AIDS response will be sacrificed to the fight against COVID-19,” said UNAIDS executive director Winnie Byanyima.

“We cannot sit by and allow hundreds of thousands of people, many of them young, to die needless deaths.

“I urge governments to ensure that every man, women and child living with HIV gets regular supplies of antiretroviral therapy — something that’s literally a life-saver.”

Since the first cases of HIV were reported more than 35 years ago, 78 million people have become infected with HIV and 35 million have died from AIDS-related illnesses, said UNAIDS.