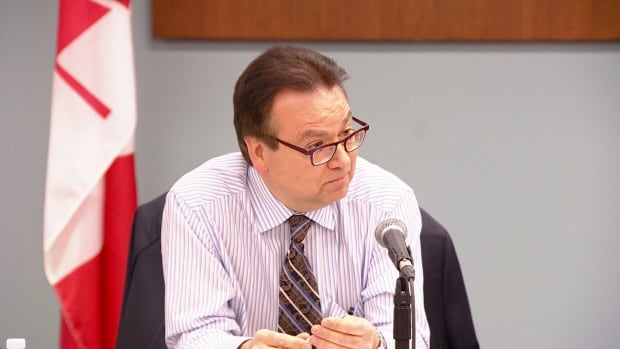 Alberta’s auditor general will assess the provincial government’s response to the COVID-19 pandemic and review his office’s outstanding recommendations related to seniors care as he determines the scope of the audit.

“Like other auditors general across the country, we are paying close attention to the government’s response to the pandemic crisis,” Doug Wylie said in a news release Wednesday.

“As it involves a significant investment by the Government of Alberta, and has had a significant impact on the lives of all Albertans, it is something we will examine.”

Wylie’s office has not yet determined what elements of the provincial response it will review in detail. But in the news release, he said there are “some trends that are emerging as areas of highest risk and importance,” including programs and services that affect vulnerable people and activities designed to aid economic recovery.

To determine the scope of the audit, staff are tracking all programs and initiatives related to the province’s COVID-19 response, conferring with their federal and provincial counterparts, and reviewing numerous inquiries the office has received from the public, stakeholders, media and MLAs, the release said.

In an interview, Wylie said the inquiries to his office relate to several aspects of the government’s pandemic response.

“And then just some general inquiring whether we will be doing work on the accountability aspect generally, the reporting back to Albertans on the significant sums that are being spent.”

Staff are also examining the office’s outstanding recommendations to the provincial government on related issues, such as seniors care — an issue Wylie said is the subject of significant public interest.

“I can tell you that seniors would be trending very high there, based on the number of inquiries to our office, and again just generally (with) what is going on across Canada,” he said.

Earlier this month, CBC News reported on decades-long problems related to staffing and quality of care in Alberta with long-term care.

That story revealed Alberta Health Services is still not ready for a follow-up audit on some deficiencies former auditor general Fred Dunn identified in 2005 and his successor reiterated more specifically in a 2014 follow-up recommendation. The recommendation relates to AHS properly monitoring care in long-term-care facilities at the resident level and ensuring proper staffing levels.

“That is an area that I would suggest is something that we are certainly going to be following up on,” Wylie said.

“It is an outstanding recommendation, it has been around since 2005, and it is certainly germane to the nature of some of the inquiries and discussion that is occurring with respect to the quality of care in seniors homes.”

Wylie said he would like to have further discussions with his counterparts in other jurisdictions “to see if there is some common work that we might be able to do there.”

In the news release, Wylie stressed that any reviews by his office “would focus on public accountability for what was spent and program outcomes, value for investments made, and on lessons learned by government for responding to similar crises in future.”

He will submit his initial findings to the legislature this fall, with any additional or more-detailed reporting to follow at a later date.

Continuing-care facilities have emerged as epicentres for COVID-19 in Alberta and across the country. So far, three out of every four Albertans who have died from the virus were residents in those facilities.

As of Tuesday afternoon, there were 61 active and 649 recovered cases among residents and staff at continuing care facilities. A total of 104 residents have died.

Alberta Health Services has temporarily taken over or transferred control of two privately-run facilities experiencing outbreaks: Manoir Du Lac in the northern Alberta town of McLennan, and Millrise Seniors Village in Calgary. Officials said staffing levels, outbreak protocols, and quality of care were issues of concern at both facilities.

In late March, the province announced that Albertans forced into isolation without sick pay could apply for $1,146 in emergency cash to tide them over until federal benefits became available. The money would arrive by Interac e-transfer within a day or two.

Internal emails subsequently obtained by CBC News showed the government knew, before the program launched, that its ID and online banking requirements would exclude some eligible people from receiving the money, but civil servants believed the number would be low.

Wylie said his office is monitoring the work of auditor generals across the world to help inform its own review.

“This is unique,” he said. “So we need as many minds as possible to help ensure that the work we’re doing is the right work and in the right area, that we are going to get value from as a province.”

If you have information for this story, or for another story, please contact us in confidence at cbcinvestigates@cbc.ca.