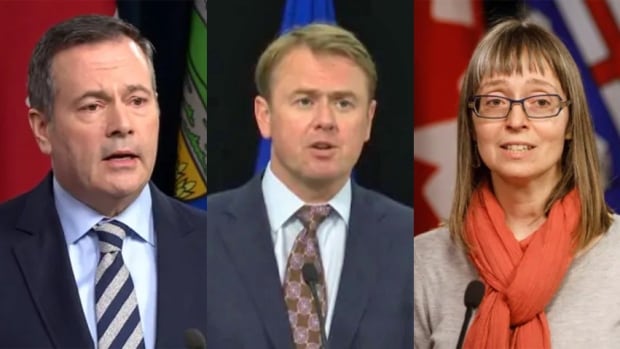 The Alberta government ordered the closure of all casinos and gyms, banned dine-in service at restaurants and bars, and imposed a mandatory province-wide mask requirement under new restrictions aimed at curbing the province’s soaring COVID-19 infection rates.

“Those of us in government, who frankly have secure paycheques, can too easily make the mistake of thinking of these policies as abstractions,” Premier Jason Kenney said at a news conference Tuesday.

“It’s too easy to just think of them as words on a piece of paper, or to think of social and economic activity, in other words, to think of our lives together as a community as some kind of a switch that the government can just flick on and off at will.”

But restrictions imposed by governments cost jobs and hurt businesses, he said, and trample on “constitutionally protected rights and freedoms.”

“The mental, emotional and health consequences of these decisions are devastating, and leaders should not turn away from admitting that, to contemplating that, and to balancing that off against the public health imperative, because these devastating impacts, for many, will be long-lasting.”

Kenny said he recognizes the measures will change how Albertans celebrate Christmas.

The measures are necessary to slow the growth in cases, hospitalizations and deaths, Kenney said, who cited at-home social gatherings as the biggest single source of viral transmissions.

“So if we relax the public health measures to permit large family gatherings in just three weeks time, we will, without a shadow of a doubt, see a large increase in hospitalizations and fatalities,” he said.

“We simply cannot let this Christmas turn into a tragedy for many families. And so with great reluctance, we are asking Albertans to limit their holiday gatherings to the members of their household, or to two close contacts for people who live by themselves.”

On Tuesday, the province reported 1,727 new cases of the illness and set another record with 20,388 active cases. Across the province, 654 people were being treated in hospitals for COVID-19, including 112 in intensive care units.

Another nine deaths were added to the toll on Tuesday, bringing the total to 640 since March.

The hospitalization numbers have grown by 600 per cent since the last week of October, Kenney said while announcing the new measures.

“I also understand that to many people these policies, these restrictions, seem unjust,” he said. “I’ve made no secret of the fact that Alberta’s government has been reluctant to use extraordinary powers to damage or destroy livelihoods in this way.”

Kenney said his government sees the latest restrictions as the only way to try to bend the infection curve.

“I know how devastating today’s announcement and these measures are for tens of thousands of small business owners who have been coping through an impossibly difficult year, for hundreds of thousands of their employees and so many others who have found themselves without work,” Kenney said.

“But we are now at a place where viral transmission is so widespread in the community that it does not any longer matter how careful business operators are. Because community transmission means that staff and clients, the general public, represent a risk of transmission.

“We are now at a point where we simply must take these, frankly dramatic measures to reduce general social interaction. It’s the only way we can get on top of this, and prevent a doubling and then a doubling again of the demands on our health-care system to the point that would become unsustainable.”

Both the masking mandate and the ban on social gatherings will take effect immediately. The work-from-home measures — and other new restrictions — will go into effect at midnight on Sunday. Farms are excluded from the mask mandate.

Indoor and outdoor social close contact will be limited to those in the same household; while people who live alone may still have up to two non-household close contacts.

The ban on gatherings includes those in indoor workplaces, for example in lunchrooms. Workplace meetings will still be allowed but in-person attendance, under the restrictions, will be limited to the extent possible and physical distancing should be followed.

Restrictions in place for 4 weeks at least

The document says the mandatory restrictions will be in place for at least four weeks.

The restrictions do not apply to service visits from caregivers, health- or child-care providers, or co-parenting arrangements.

Retail businesses, as of Sunday, will be allowed to remain open but must reduce capacity to 15 per cent of the occupancy allowed under the fire code. Places of worship will face the same restriction.

Other new measures taking effect at midnight Sunday include the closure of all:

Funerals and wedding ceremonies will be limited to 10 people.

Hotels may remain open but must follow all relevant restrictions. Outdoor recreation is permitted but facilities with indoor space will be closed except for the washrooms.

At Tuesday’s news conference, Doug Schweitzer, the minister of Jobs, Economy and Innovation, announced that the government will expand the Small and Medium Enterprise Relaunch Grant, with a new lower threshold and increased grant amounts.

“So that’s why the premier, our cabinet, last night met as a team to try to figure out how we could support them to get them through to the other side.”

Businesses will be eligible to apply for a second payment through the program, for a total of up to $20,000 in potential funding each, up from the original $5,000.

Up to 15,000 more businesses may be eligible for government funding, the province said in a news release.

The program will also expand to include businesses that have experienced revenue losses of at least 30 per cent due to the pandemic, lowering the threshold from the former requirement of 40 per cent revenue losses.

The spread of the virus and the surge in cases has hit hospitals hard. Edmonton alone has 357 patients being treated for COVID-19, including 66 in ICU beds, said Dr. Deena Hinshaw, the province’s chief medical officer of health.

The Royal Alexandra Hospital is currently caring for 102 COVID-19 patients, she said, and with 13 units on outbreak or watch the entire hospital has been placed on watch status.

“This is a precautionary measure which brings enhanced measures to every unit not on an outbreak,” she said. “Our hospitals, including the Royal Alex, continue to be safe places to receive care, but I know that staff and physicians are working under incredible stress.

In the Edmonton zone, to make room for COVID-19 patients, hospitals will begin postponing up to 60 per cent of non-urgent scheduled surgeries that require hospital stays, Hinshaw said. Diagnostic imaging or other clinical support services could be reduced by as much as 40 per cent.

A regional breakdown of active cases was:

Two weeks ago, the province imposed a 10-person limit on outdoor private social gatherings. Such gatherings will be banned under the new restrictions.

“Now, obviously people in a family household cohort can enjoy the outdoors together,” Kenney said. “And I don’t think any bylaw officer is going to ticket you if you say hi to your friends in passing as you pass them on the sidewalk or in the park, on the ski hill, or on an outdoor skating rink.

“But if you call up 20 of our closest personal friends and say let’s … have some beers around the firepit, that is definitely a social gathering. So we ask people to apply a common-sense definition to what constitutes a social gathering. It’s not incidentally crossing friends, family or acquaintances while outdoors.”