You Are Here Home Health News Alberta sets new high in COVID-19 cases among kids and teens, while testing declines 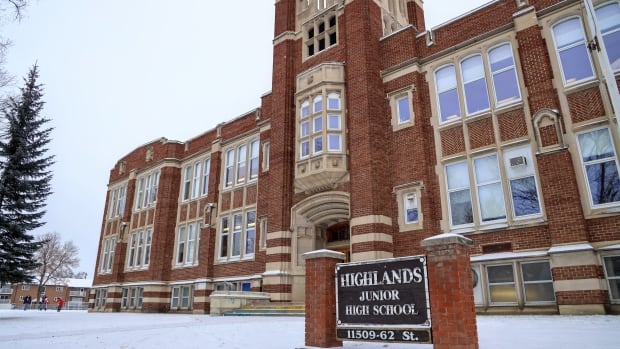 The number of cases of COVID-19 among school-aged children in Alberta has again surged to a new high, while the number of kids and teens being tested continues to decline.

Data from Alberta Health shows the number of new daily cases has continued to rise among five- to nine-year-olds and has again shot up, especially, among 10- to 19-year-olds.

Over the past week on record, an average of 85 cases were recorded per day among school-aged kids and teens.

In-person classes resumed at many Alberta schools on Sept. 1, and for several weeks the number of new daily cases had been on the decline.

That changed during the last week in September, when cases started to rise. The trend has continued through October.

Testing numbers among kids and teens surged in late September to unprecedented heights but have since declined.

For the week ending Oct. 28, there were less than 14,000 kids tested. That’s the second-lowest weekly total since classes resumed in September.

Testing volumes have been generally declining, week after week, throughout October. The proportion of positive tests, meanwhile, has been growing.

In late September, less than one case was being detected for every 100 kids tested.

The previous peak in cases among school-aged kids came in April. At that time, Dr. Deena Hinshaw, Alberta’s chief medical officer of health, said about eight or nine per cent of tests were coming back positive.

As of Thursday, Hinshaw said there were active alerts (involving a single case) or outbreaks (two or more cases) at 249 schools. That’s roughly 10 per cent of schools in the province.

There were 730 active cases among those who attend these schools.

“So far, in-school transmission has likely occurred in 87 schools,” Hinshaw said Thursday. “Of these, 48 have seen only one new case occur as a result.”

A total of 111 schools were listed as having outbreaks, including 45 on the watch list, meaning they have five or more cases:

Hinshaw said 153 schools that used to be on the list have been removed after they were deemed to no longer have any active cases.

Changes to checklist for student health

Hinshaw announced changes to the daily checklist of student health used by schools and child-care facilities across the province — as well as many parents.

“The first change is that we are removing runny nose and sore throat from the list of symptoms that require mandatory isolation for children,” she said.

In the past week, Hinshaw said more than 3,400 kids and youth tested for COVID-19 reported having a sore throat, and, of those, roughly 700 had a sore throat as their only symptom. Among those 700, less than one per cent tested positive.

“This shows us that these symptoms by themselves are very poor indicators of whether a child has the virus,” Hinshaw said.

“I want to be clear that this change is only for those who have not had a known exposure,” she added.

Hinshaw said the second change is a “shift towards a more targeted checklist,” which will take into account the total number of symptoms a child has.

There will be no change if a child has any of the “core isolation symptoms,” which include cough, fever, shortness of breath or loss of taste or smell. Kids with these symptoms must still isolate for 10 days or have a negative test result and resolved symptoms before resuming their previous activities.

The change, which takes effect Monday, will apply to all other symptoms. If a child has only one such symptom, Hinshaw said “they should stay home and monitor for 24 hours.”

“If their symptom is improving after 24 hours, testing is not necessary and they can return to normal activities when they feel well enough. However, if the child has two or more of the symptoms on the list, then testing is recommended and they should stay home until the symptoms go away or they test negative for COVID-19.”

The changes align Alberta’s approach with those of B.C., Ontario and Quebec, Hinshaw said.

She acknowledged “it is also another change in a year that has been full of other changes already.”

“I know that most parents and child-care operators are used to the current symptom list and this new list may be a little challenging at first, as parents and operators adjust,” she said.

“But these changes will help get Albertans under 18 back into classrooms and child-care settings more quickly, while still keeping each other safe.”