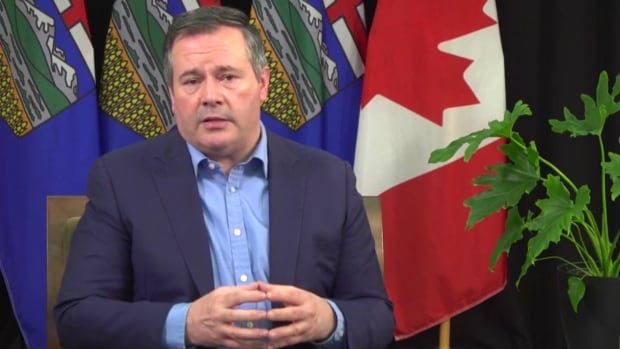 The Alberta government is planning to lift some restrictions, including allowing restaurants to reopen in-person dining and gyms to reopen with limited capacity.

Industry and government officials confirmed to CBC News that these amendments to the current COVID-19 health measures are expected to be announced Friday afternoon by Premier Jason Kenney.

CBC News has agreed not to name the officials, as they were not authorized to speak publicly on the matter.

Those businesses won’t be permitted to reopen until at least next week, and with strict capacity and other types of health limits.

However, the advance notice provided to the industries is meant to allow time to plan a safe reopening, the sources said.

These changes are expected to be part of a larger announcement on COVID-19 made by the premier Friday.

The province’s chief medical officer, Dr. Deena Hinshaw, will also be at the press conference with the premier.

Alberta’s seven-day average for new daily COVID-19 cases currently sits at 480, down from 1,794 at the beginning of December.

The total of active cases in Alberta has been dropping slowly but steadily since it peaked at 21,138 on Dec. 13.

That was a day after Kenney’s UCP government introduced tighter restrictions that made working from home mandatory for those who could, banned in-person service at restaurants, pubs and bars, and entirely closed entertainment and recreation facilities from movie theatres to gyms, personal and wellness services like spas and hair salons. A few days earlier, the province had also instituted a mandatory provincewide mask requirement, and banned all outdoor and indoor social gatherings with people beyond one’s immediate household.

With case numbers falling, Alberta eased some public health restrictions on Jan. 18, allowing hair salons, barbershops and other personal-services businesses to reopen by appointment only; up to 10 people to gather outdoors; and up to 20 people to attend funerals provided all who attend wear masks and maintain two metres of physical distancing.

Before Friday, Hinshaw had repeatedly said that, with so many people still in hospital, it wasn’t yet prudent to further ease up on restrictions.

As of Thursday’s provincial update, Alberta had lost 1,606 people to the disease since the pandemic began last March. Seven new deaths were reported on Thursday.

There were 591 people in hospital, which is a drop to what it was in early December before peaking at more than 900 people. As of Thursday, 112 were in intensive care.

As the case numbers shrink, concern grows about new and more highly contagious variants of COVID-19 in Alberta.

On Monday, Alberta reported 20 cases of the more easily transmitted coronavirus variant from the United Kingdom, and five of the variant from South Africa. One of the U.K. cases could not be linked to travel, prompting concern it was circulating among the broader community.

The variants are estimated to have an infection rate that’s 30 to 50 per cent higher than the strain that’s been in Alberta so far.