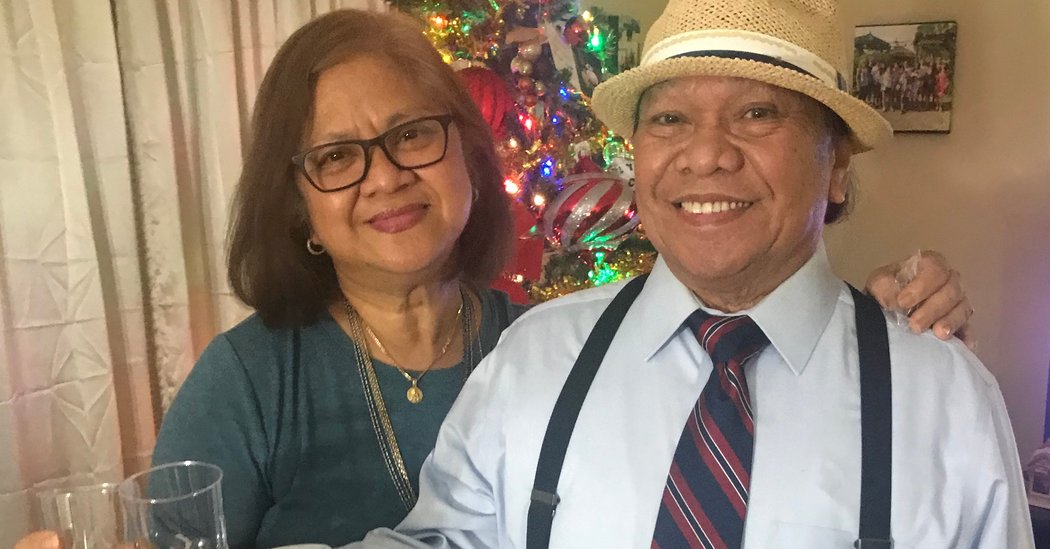 This obituary is part of a series about people who have died in the coronavirus pandemic. Read about others here.

Both Alfredo and Susana Pabatao, who were married for 44 years, worked on the front lines in the fight against the coronavirus — he as a transport aide at a hospital in North Bergen, N.J., she as an assistant nurse at a nearby nursing home.

On March 26, Mr. Pabatao died of the virus at the hospital where he worked, Hackensack Meridian Health Palisades Medical Center. He was 68.

Four days later, Mrs. Pabatao, who was also infected with the virus, died in the same hospital. She was 64.

Sheryl Pabatao, one of their daughters, said her mother would probably have died the day she learned of her husband’s fate had she not been put on a breathing tube. Well before she took ill her mother had signed a health directive saying that in the event of an emergency she did not want to be resuscitated, her daughter said, but it was on file at a different hospital. When hospital aides found her passed out on the floor, doctors inserted the tube to keep her alive.

But Mrs. Pabatao resisted, trying so often to remove the tube that she had to be sedated. “She said, ‘I can’t breathe, I can’t do this anymore,’” her daughter said.

Ms. Pabatao and her four siblings were then faced with an excruciating choice — whether to honor their mother’s directive and ask the doctors to remove the tube, or to keep her alive against her wishes. They decided not to remove it.

“My dad had just passed away that morning,” Ms. Pabatao said. “We wanted her to fight. But she wanted to be with him.”

Dr. Dilip Jeste, a geriatric psychiatrist at the University of California, San Diego, said in an interview that long-term partners dying within a short time of each other is a long-observed phenomenon, but one that remains poorly understood.

Given that the coronavirus is so contagious, he said, it is not surprising that more partners appear to be dying almost in tandem. But he did not rule out that a psychological or emotional component could play a role.

Ms. Pabatao saw that component at work, she said.

Her parents had been inseparable. Both were born and grew up in the same neighborhood in Quezon City, in the Philippines. Susana Galapate came from a modest background, the daughter of a stable hand, while Alfredo was the son of a successful clothing retailer.

They fell in love and, against his family’s wishes, married in 1976. They had five children. In 2001, the couple and the three youngest emigrated to the United States, settling in Palisades Park, N.J. They became American citizens more than a decade ago.

After the illness struck in late March and her father died, Ms. Pabatao said, she and her siblings came to understand how much her mother wanted to be with her father.

“In the beginning, I was mad at my mom for wanting to leave us,” she said. “I thought it wasn’t fair — how could she leave five of us to be with one husband?”

Because of coronavirus restrictions in the hospital, each parent died alone, on a separate floor, the children out of reach.

“As hurtful as this is, I see it as a great love story,” Ms. Pabatao said. “They just couldn’t live without each other.”