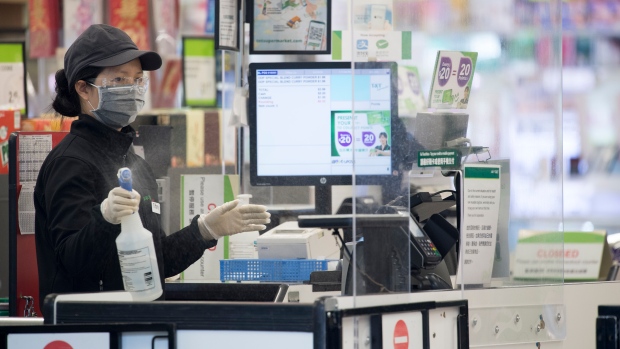 TORONTO — All employers in Canada should be required to permanently provide at least seven fully paid days of emergency leave, according to a new report by a group of health-care providers that analyzed the impact of inadequate paid sick leave, particularly during the pandemic.

The recommendation comes as doctors, teachers, and frontline workers prepare for the possibility of a second wave of COVID-19 during flu season.

Additional sick-leave provisions were introduced by governments across Canada earlier this year in response to the virus, but critics said the measures were mostly inadequate because they were unpaid, only temporary and strictly limited to COVID-related reasons. A federal program was temporarily introduced for workers without paid sick leave, but did not address the need for a more permanent solution, the report noted.

The report by the Decent Work and Health Network, a health advocacy group that focuses on employment conditions, said these legislative inadequacies exposed gaps in the system and jeopardizes public health, noting that Canada was in the bottom quarter of countries without guaranteed paid sick leave for workers on the first day of illness.

Kyle Hoskin, a municipal sanitation worker from the Niagara region in Ontario, developed pneumonia in January. His employer required a sick note from the doctor, but he could not get the time off to go.

“Had I had a paid sick day, I would have been able to afford to go to the doctor, get the medicine, see the doctor, and get treated,” Hoskin said in a press conference for the report.

“So during that time, I was extremely infectious with pneumonia and I ended up giving pneumonia to 35 of my colleagues in the workplace … that spread virally through not just our work place, but our homes, which led to 20 of my coworkers not coming in to work.”

Citing 2016 data, 58 per cent of Canadians do not have paid sick days, the report said. That figure jumps to more than 70 per cent for workers making $25,000 or less. These are often essential workers whose jobs put them at a higher risk of being exposed to COVID-19, but the low-wage also means these same workers — often women, racialized workers, migrants, and those with a disability — are often the ones who can least afford to take unpaid leave should they become sick.

Existing sick leave legislation also does not support public health directives during the pandemic on staying home if COVID symptoms appear, the report said, forcing workers to make an untenable choice between public health or their family’s financial security.

“I work with patients, many of whom lack paid sick days and struggle with the choice between going to work sick and losing their income,” said Monika Dutt, a family doctor based in Nova Scotia. As a public health specialist, Dutt says she is constantly telling the public to stay home if they feel unwell.

“But every time I say that, I feel like I need to qualify the statement because I know how impossible it is for many workers, particularly those in precarious work situations, to actually stay home when they’re sick.”

“This is not only unjust but a threat to public health and the economy,” according to the report, which outlined some of some of the worst COVID outbreaks and its disproportionate impact on low-wage earners.

“A pandemic amid an economic crisis heightens the urgency of legislating paid sick days.”

According to one study that looked at paid sick leave in 22 advanced countries that ranked high in economic and human development, workers in countries including Austria, Germany, Sweden and Switzerland were allowed at least a full week of paid sick leave. Canada was among only five countries that did not have similar paid provisions for short term sick leave.

“I have to do whatever it takes to try and save my sick days. When you have two small children you never know what’s going to happen,” said one human resources and finance administrator quoted in the report. She cited an instance where her young daughter got hand, foot and mouth disease and was out of daycare for five days.

“After that, my daughter’s immune system was weak, and she got sick very often. I remember feeling stressed because whenever she was sick, I had to stay home and do mental calculations to think about how many sick days I had left, and whether this would affect my future employment.”

Studies have also shown that paid sick days do not harm the economy or small businesses, contrary to popular belief. The report said the cost impact has generally been “minimal to nonexistent” in cities like New York City that have implemented a paid sick days law.

RECOMMENDATIONS ON CLOSING THE GAP

The report called the lack of paid emergency leave a “chronic health hazard and an acute public health crisis.”

“Legislating employer-provided paid sick days is the best way to ensure there’s no disruption to income or financial penalty when workers need to stay home,” said Carolina Jimenez, a registered nurse and co-ordinator of the DWHN, in the press conference.

To help close the gaps and mitigate these risks and challenges, the report made a number of recommendations. These included:

• Ensuring that these are fully paid sick days (full income)

• Ensuring that coverage is universal, with no exemptions on status or employer

• Making sure the leave covered family emergencies as well