You Are Here Home Health News Anxiety and depression have spiked among Canadians: survey 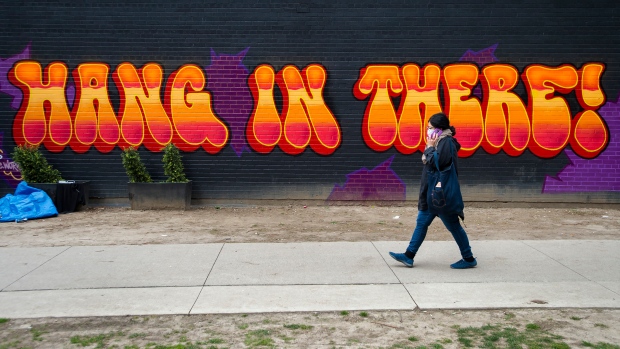 TORONTO — The number of Canadians who say they’re experiencing high levels of anxiety has quadrupled since the pandemic began last month, according to a new survey.

The report’s initial findings, announced Thursday by Mental Health Research Canada, asked 1,803 people about the state of their mental health and found that feelings of anxiety and depression are steadily rising.

Before COVID-19, 5 per cent of Canadians reported high-to-extreme levels of anxiety. Five weeks later, that number has multiplied to 20 per cent. Self-reported cases of depression have more than doubled, from 4 per cent to 10 per cent.

Dr. David Dozois, a psychology professor at Western University who helped design the survey, called the findings “alarming” and said what jumped out for him was the fact that, when asked what they expect if social isolation continues for another two months, respondents generally anticipate anxiety levels to remain the same but for depression to worsen.

“People are expecting that, given a couple more months of social isolation, anxiety will morph into depression,” Dozois told CTVNews.ca in a phone interview on Thursday.

Those results aren’t entirely surprising, Dozois said. Anxiety is related to feelings of threats and impending doom, whereas depression focuses on feelings such as hopelessness and failure. If Canadians remain housebound into the summer, Dozois said, it’s natural to expect higher instances of depression.

The survey also asked participants about what specific factors were weighing on their mental health. Respondents cited concerns over a family member becoming infected with the coronavirus, job losses and economic anxiety.

Anxiety also appears to be worsening among health-care workers, with 43 per cent feeling a high level of anxiety since the pandemic began, compared with 14 per cent before.

The new pressure of working from home may also increase anxiety, with 24 per cent of respondents who work from home indicating that it had a negative impact on their mental health.

However, Dozois cautions that, at this stage, it’s difficult to differentiate whether working from home or the new state of life under COVID-19 is the source of those feelings.

“The difficulty of working from home is people are having to do everything differently. Everything is an added stress,” he said. “There are a lot of stressors and hassles with that adjustment.”

In response, Health Canada spokesperson David Wolkowski said that as of April 21, 70,000 Canadians had visited the portal.

The new survey, which will be released in full next week, aims to offer firm data on how COVID-19 has altered the inner lives of Canadians. Some mental health experts have predicted an “echo pandemic” once lockdowns end.

“I’m hopeful. I hope to see that we’ll be more aware of mental health issues and support each other more … but I think the vulnerable will be more vulnerable, and I really do think we need to watch out for each other.”

For anyone grappling with feelings of anxiety or depression, Dozois has some advice.

The new survey is part of a larger project that aims to provide high-quality mental health data to stakeholders, such as governments and service providers. Mental Health Research Canada plans to conduct follow-up surveys every four to eight weeks to track the state of Canadians’ mental health during the pandemic.