You Are Here Home Health News Anxious about the coronavirus? Here are 5 tips from mental health experts 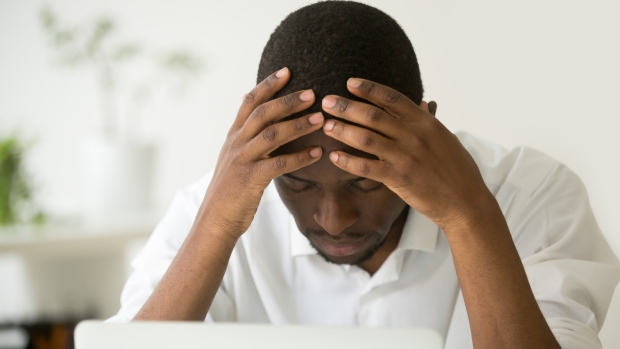 TORONTO — Between the worrisome headlines and the drastic measures meant to limit the spread of COVID-19, the virus can be an added stressor for anyone.

Mark Henick, a mental health advocate and public speaker, said major public health events can be especially troublesome for someone with mental illnesses such as anxiety, depression or obsessive compulsive disorder.

“The problem when you have a mental illness like anxiety is that it interferes with their life, that you overcompensate in many ways, so they might be self-isolating, which is not good for your mental health at all,” he said in a recent phone interview with CTVNews.ca.

There have been 153 cases of COVID-19 in Canada, primarily in Ontario and British Columbia. One person has died thus far.

Keith Dobson, a researcher with the Mental Health Commission of Canada and a professor at the University of Calgary, said the COVID-19 outbreak has shown itself to be particularly anxiety inducing because of its unpredictability, uncontrollability and salience.

“This condition is a triple threat from a psychological perspective,” he said. “It’s not surprising there’s a lot of anxiety and lots of perceived threat.”

There are, however, several strategies that can be effective to help cope with the stresses associated with an outbreak, regardless of whether you have a mental illness.

UNDERSTAND THIS WILL PASS

While the situation might seem increasingly dire, Henick said it’s important to understand the outbreak will inevitably pass and there are some already simple ways to mitigate your risk, such as washing your hands and avoiding close contact.

“If people are dwelling on this, if it’s making them extremely anxious and that anxiety is impacting their health, I think it’s an important reminder that they’re probably going to be fine,” he said.

“Like all challenging public health events, we will get through this and we’ll learn from it.”

With so much flux, someone with a mental illness might find it hard to deal with changes to their routine, but Mark Ferdinand, co-chair of the Canadian Alliance on Mental Illness and Mental Health, suggests it’s important for the people to understand that everyone is dealing with these same challenges.

“It’s important for people to know that this unprecedented situation that we’re experiencing right now with regards to how COVID-19 is affecting everyone in terms of what their daily lives are looking like,” he said.

When it comes to anxiety, Dobson argued those with an anxiety disorder might even be better off than the general public.

“Putting this on top of other issues in some ways might even be less severe than people with lower levels of anxiety, because the relative difference isn’t so much,” he said. “I actually think that for people with anxiety, it may not be too bad.”

AVOID SELF-ISOLATING IF NOT SICK

Henick suggests the biggest issue people with a mental illness might face during a pandemic is they might self-isolate out of fear, which can be particularly troublesome.

“It’s important to maintain contact with people in whatever way makes sense to do that, whether it’s online, by phone or by other means,” Henick said.

Henick added that mass cancellations of social gatherings such as concerts, sporting events and religious gatherings can only add to this feeling of isolation among people with mental health issues.

“While those are smart preventative measures from a public health perspective, it limits the opportunity for people who are already isolated to reach out and connect with others,” he said.

Family and friends of someone with a mental illness also play a part in making sure they don’t feel alone. Henick said something as simple as phone call can go a long way toward helping someone.

“One of the great parts of living in such a highly connected world now is that we have many ways of connecting with people and I think that we need to make the effort to do that,” he said.

As COVID-19 dominates the international headlines, the concerning news can lead to increased anxiety among some people, while others might fixate on the latest developments.

“Something that people do when they’re anxious, especially in times like this, is to overconsume media about it,” Henick said. “That’s just the way our brain works. We’re looking for answers, we’re looking for reassurance.”

Henick suggests it’s important for people to keep abreast about what’s going on in the world, but to do so responsibly.

Dobson agreed that it might be a good idea to stay away from the headlines, though it might not be entirely possible.

“This is a public health concern,” he said. “It’s appropriate, I think, that everybody has some degree of appropriate anxiety here about the issues.”

Ferdinand suggests “coping strategies” can be effective when it comes to keeping someone’s mind off a stressful and potentially problematic situation.

These activities can include anything that makes the person happy, such as reading, listening to music, chatting with a friend or playing an instrument.

“I think the idea is to find the coping strategy that either works for you, that makes you happy or to keep the connection alive with someone that you like talking to,” he said.