Obtaining the Campaigns list from the server has failed!
Server response:
CM Ad cahger Server plugin is not active on https://legendarygroup.co/admanager/
You Are Here Home Health News As a Doctor, May I Refuse to See Unvaccinated Patients? 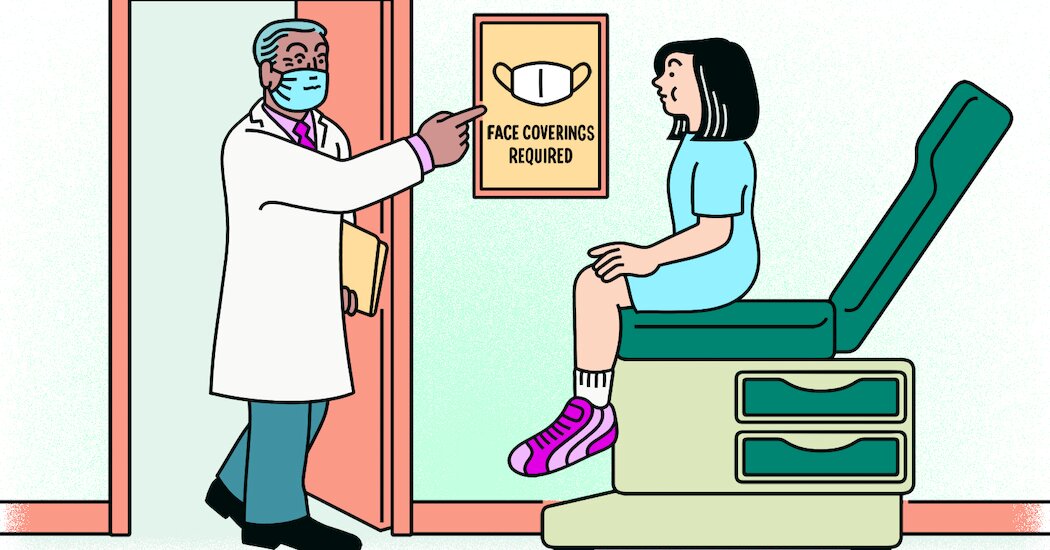 I retired as a professor of education from a small college. One of my former colleagues in the department had only a master’s, for which the department was criticized by an accreditation agency. She applied to a Ph.D. program a few years ago but was not accepted and left the college. She is now working as an administrator in a private school for children with disabilities. A short bio on the school website states that she received her Ph.D. from a Midwestern university in 2012. I know that to be false, as she was rejected from a local program after that date.

My first impulse was to contact the private school. On reflection, however, I realized that this would result in her losing her job. Do I have a professional obligation to let the school know that her bio is not accurate? Robert Berman, Long Island, N.Y.

Your former colleague wronged her employers when she deceived them; she may have wronged others who competed with her for the job. But yes, taking an action that would have grave consequences requires careful consideration. Being fired is a serious penalty for this lie, especially if, as I suspect, the qualification she claimed wasn’t really necessary for the job. Had the school truly cared about the credential, it could have done its due diligence: Degrees are considered “directory information,” readily disclosed to potential employers.

We regularly put too much stock in formal qualifications: If she was doing a good job in your department, your accreditors were taking a shortcut to a proper evaluation. Having a doctoral degree cannot matter more than experience and commitment in teaching. (And I’m putting aside the fact that plenty of people with doctoral degrees are lousy teachers.) In the British system of higher education in which I was formed, the doctorate arrived as a belated German import, and many eminences on the faculty wouldn’t have had one. What’s more, your colleague is working now as an administrator in a pre-college context, and teachers and administrators without doctoral degrees have been responsible for great K-12 schooling, including for students with disabilities. I would feel different if I thought her prevarication was at the expense of those children, but I see no reason this would have to be so.

None of this is at all exculpatory. That our preoccupation with paper credentials is regrettable doesn’t excuse a misrepresentation of those credentials. So let me be clear: You’re certainly entitled to expose her and wouldn’t be wronging her if you did. The loss of her job, perhaps of her career, would have been her own fault. But you don’t have a professional obligation to expose her, either. Keeping other people honest about their credentials whenever we happen to find them misstated isn’t a duty we have in relation to everyone we’ve ever worked with.

Kwame Anthony Appiah teaches philosophy at N.Y.U. His books include “Cosmopolitanism,” “The Honor Code” and “The Lies That Bind: Rethinking Identity.” To submit a query: Send an email to ethicist@nytimes.com; or send mail to The Ethicist, The New York Times Magazine, 620 Eighth Avenue, New York, N.Y. 10018. (Include a daytime phone number.)