You Are Here Home Health News As Biden Pushes for Racial Equity in Vaccination, Data Is Lagging 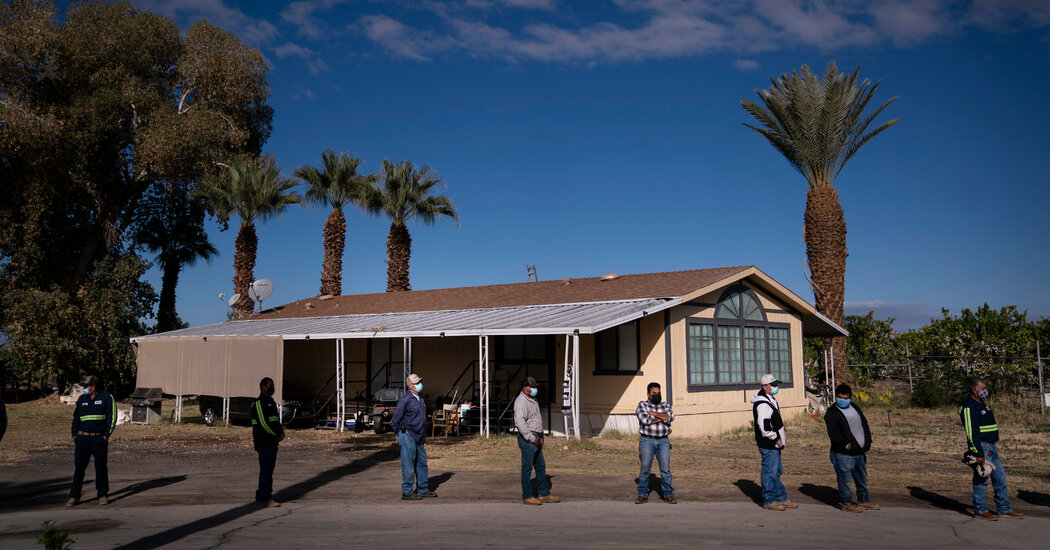 “Shortly after we started getting into this vaccination, I started to ask for this data — I wanted it, we needed it, we were trying to get it and we were finding problems,” Dr. Romero, who is also chairman of the C.D.C.’s Advisory Committee on Immunization Practices, said in an interview. He said several state epidemiologists were at work “filling in the gaps by cross-referencing against secondary sources.”

Just as the pandemic has laid bare racial disparities in health care, it has exposed disparities in who is getting vaccinated. Black people and Latinos are far more likely than whites to get infected and die of Covid-19. And in cities across the country, including here in Washington, wealthy white residents are lining up to be vaccinated in low-income Latino and Black communities.

People in underserved neighborhoods face a variety of obstacles, experts say, including registration phone lines and websites that can take hours to navigate, and a lack of transportation or time off from jobs to get to appointments. And people of color, particularly Black people, are more likely to be hesitant about getting vaccinated, in light of the history of unethical medical research in the United States.

The community health centers program is aimed at closing that gap. It will be relatively small at first; the administration is allocating one million doses for just 250 of the nation’s so-called federally qualified health centers. There are nearly 1,400 centers operating 13,000 sites serving almost 30 million patients — about one in 11 Americans, according to the Health Resources and Services Administration, which finances the program.

Over all, the pace of vaccinations is increasing, amid slow growth in supply, which continues to be a limiting factor. As of Tuesday, the seven-day average of vaccine doses administered across the United States was reported by the C.D.C. to be about 1.49 million doses a day.

When Mr. Biden became president, the federal government was shipping 8.6 million doses of vaccine to states each week. That number is about to go up to 11 million — an increase of 28 percent, Jeffrey D. Zients, Mr. Biden’s coronavirus response coordinator, told reporters Tuesday. That tracks with expected increases in manufacturing.