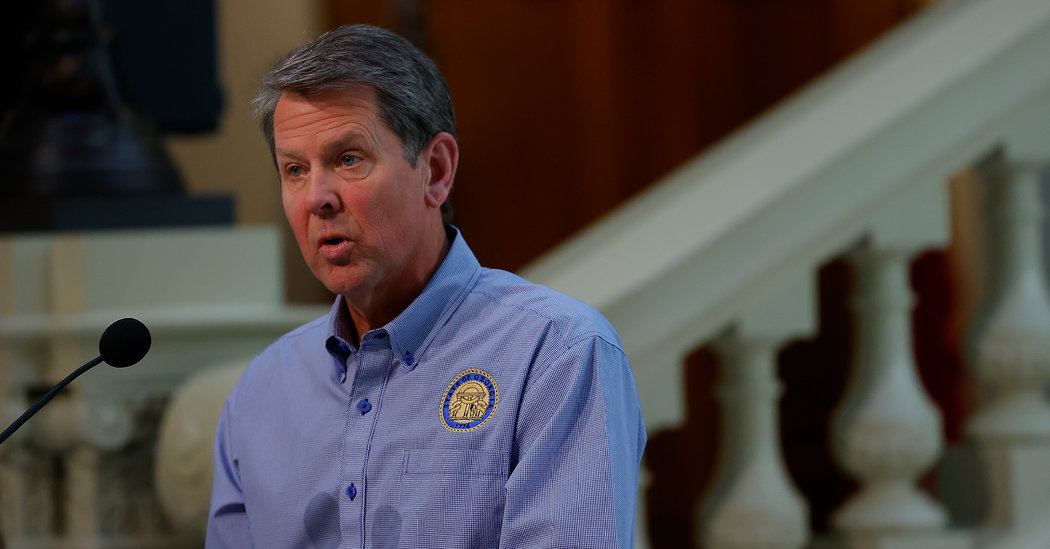 As Georgia reopens many businesses over objections from President Trump and others, a new study illustrates the high rates of coronavirus infection among black people in the state.

The report, released Wednesday by the Centers for Disease Control and Prevention, said that more than four-fifths of hospitalized coronavirus patients in the study were black. They were not more likely than other groups to die from the disease or to require a ventilator. Still, of the 297 patients in the study whose race and ethnicity were known, 83.2 percent were black.

“That is a very high rate of infections,” said Dr. Wayne A.I. Frederick, a cancer surgeon and the president of Howard University, who was not involved in the C.D.C. report. He said the high percentage of blacks in the study likely reflects the patients’ occupations.

“A lot of it may come from the fact that African-Americans are essential employees in our system,” he said, adding, “Everything from bus drivers to health care workers and cleaning services, they are on the front line, and therefore are far more likely to be exposed.”

The study released Wednesday appeared against the backdrop of a debate over whether Georgia has been premature to ease restrictions on businesses. On Friday, Gov. Brian Kemp allowed hair and nail salons, bowling alleys and tattoo parlors to open again. On Monday, restaurants were permitted to resume dine-in service. Georgia’s stay-at-home order was scheduled to end on Thursday.

President Trump, who has at times expressed a desire to restart the national economy as soon as possible, publicly rebuked Mr. Kemp, a Republican, for allowing businesses to reopen at this stage of the pandemic. “I think it’s too soon,” Mr. Trump said last week. (On Tuesday, however, Mr. Trump applauded Gov. Greg Abbott of Texas for permitting businesses in his state to open in phases beginning on Friday.)

Mr. Kemp’s decision spurred widespread opposition in the state. A University of Georgia poll conducted from April 21 to 25 showed that a majority residents were skeptical of the plan.

The sample of patients in the C.D.C. study was taken from eight hospitals in Georgia, including seven in metropolitan Atlanta and one in southern Georgia. Slightly more than half of Atlanta residents are African-American, according to the United States Census Bureau. “The proportion of hospitalized patients who were black was higher than expected based on overall hospital admissions,” the report said.

The Georgia Department of Public Health had recorded 25,520 cases of the coronavirus overall in Georgia and 1,076 deaths as of Tuesday afternoon. According to the department, the average number of newly confirmed cases has been declining since April 20. The Institute for Health Metrics and Evaluation, based in Seattle, projected that deaths from the coronavirus in Georgia would not level off until early May.

The authors urged public health officials to recognize that, when implementing prevention methods and policies, the black population is especially vulnerable.

“Given the overrepresentation of black patients within this hospitalized cohort, it is important for public health officials to ensure that prevention activities prioritize communities and racial/ethnic groups most affected by Covid-19,” the report said.

Dr. Frederick, who has studied unconscious bias in academic medicine, noted that the study only included 305 patients and did not specify the ZIP codes where they live, making it difficult to tell if they were representative of the city’s population. He noted that larger studies are needed.

“You have to at least ask the question about whether it was a skewed population that was looked at,” he said, adding, “Will this disparity exist when you look at a larger number of patients? It would be good to get that number up to 1,200 and see if that same disparity exists.”