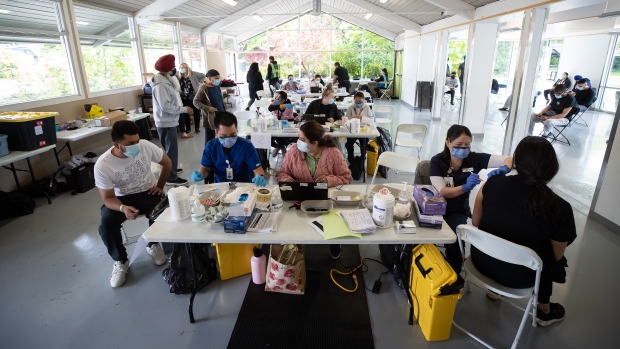 VANCOUVER — After extending the recommended timeline between first and second doses of COVID-19 vaccines to cover as many people as possible earlier on in the pandemic, B.C. health officials have now shortened the gap again.

Invitations to book second-dose appointments have already begun being sent out to people who are clinically extremely vulnerable and those who received their first doses near the start of the province’s rollout, including the elderly, health-care workers, long-term care residents and those in remote communities.

Nearly 66 per cent of British Columbians ages 18 and older have now received first doses, Henry said. Among all those ages 12 and older who are currently eligible, roughly 62 per cent have received a first dose, she added.

This is a developing news story. Check back for more information.