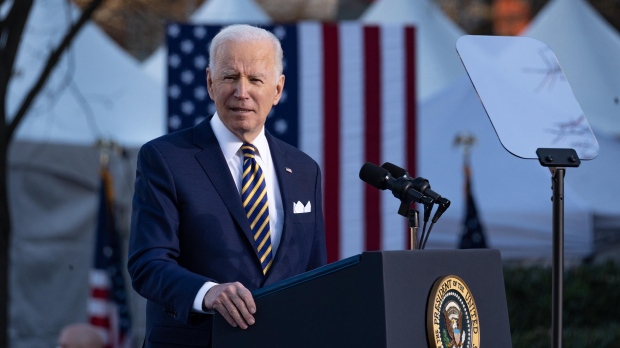 U.S. President Joe Biden on Wednesday will reignite the White House’s “Cancer Moonshot,” an Obama-era initiative aimed at accelerating the nation’s rate of progress in the fight against cancer.

Biden is expected to set a series of goals in remarks from the White House East Room, including reducing the death rate from cancer by at least 50% over the next 25 years and improving the experience of those living with and surviving cancer, with the ultimate goal to “end cancer as we know it today,” according to a White House fact sheet shared with CNN on Tuesday.

Wednesday’s announcement won’t feature any new funding. In December 2016, Congress authorized US$1.8 billion to fund the Cancer Moonshot over a seven-year period, with $400 million in funding still authorized for 2022 and 2023.

In a presidential memorandum in 2016, then-President Barack Obama tasked then-Vice President Biden with leading the White House Task Force aimed at curing cancer. At the time, Biden pledged that though he was “not naïve about the challenges ahead,
he had “never been more optimistic that we can do big things.”

“I know we can do this. I truly believe it,” Biden wrote at the time. “And I want you to know that I’ll be focusing the rest of the time I have in office — and the rest of my life– on this effort.”

The President is expected to name Dr. Danielle Carnival, who serves in the White House Office of Science and Technology Policy, as White House Cancer Moonshot coordinator. He is also set to announce the formation of a “Cancer Cabinet,” with representatives from the Departments of Health and Human Services, Veterans Affairs, Defense, Energy and Agriculture, as well as the Environmental Protection Agency, the National Institutes of Health, the National Cancer Institute and others across the executive branch.

In addition, the White House will host a Cancer Moonshot Summit, “bringing together agency leadership, patient organizations, biopharmaceutical companies, the research, public health, and healthcare communities and more to highlight innovation, progress, and new commitments toward ending cancer as we know it,” and launch a website where American can track the progress of the initiative’s mission.

Biden and first lady Jill Biden are also expected to deliver a call to action on cancer screenings “to jumpstart progress on screenings that were missed as a result of the pandemic, and help ensure that everyone in the United States equitably benefits from the tools we have to prevent, detect, and diagnose cancer.”

A senior administration official told reporters on a call Tuesday previewing the President’s announcement that success over the first five years of the program allowed the administration to set “really ambitious goals” moving forward.

The official also cited medical advances achieved in the fight against Covid-19, including research into mRNA vaccines, as areas rich in potential for fighting cancer.