You Are Here Home Health News Boosters increase protection against death from Omicron in over 50s, U.K. study says 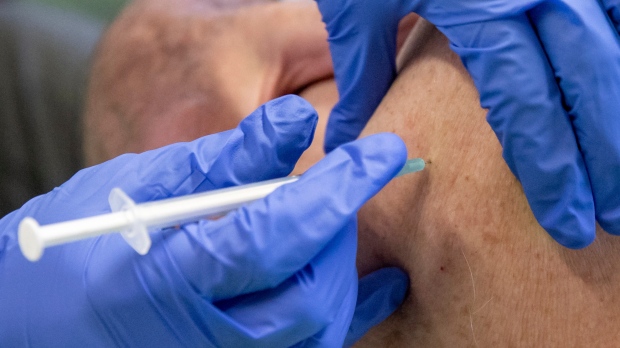 LONDON — COVID-19 boosters increase protection against death from the Omicron variant to 95 per cent in people aged 50 or over, the U.K. Health Security Agency said on Thursday.

The UKHSA said that around six months after a second dose of any of the COVID-19 vaccines, protection against death with Omicron was around 60 per cent in those aged 50 and over. However, this increased to around 95 per cent two weeks after receiving a booster vaccine dose.

For Moderna, effectiveness against hospitalization was 90-95 per cent up to 9 weeks after the booster.

“The evidence is clear – the vaccine helps to protect us all against the effects of COVID-19 and the booster is offering high levels of protection from hospitalization and death in the most vulnerable members of our society,” said Dr Mary Ramsay, Head of Immunisation at UKHSA.

The UKHSA also issued an initial analysis of vaccine effectiveness against the Omicron sublineage called BA.2, which is growing in Britain and Denmark, finding a similar level of protection against symptomatic disease.