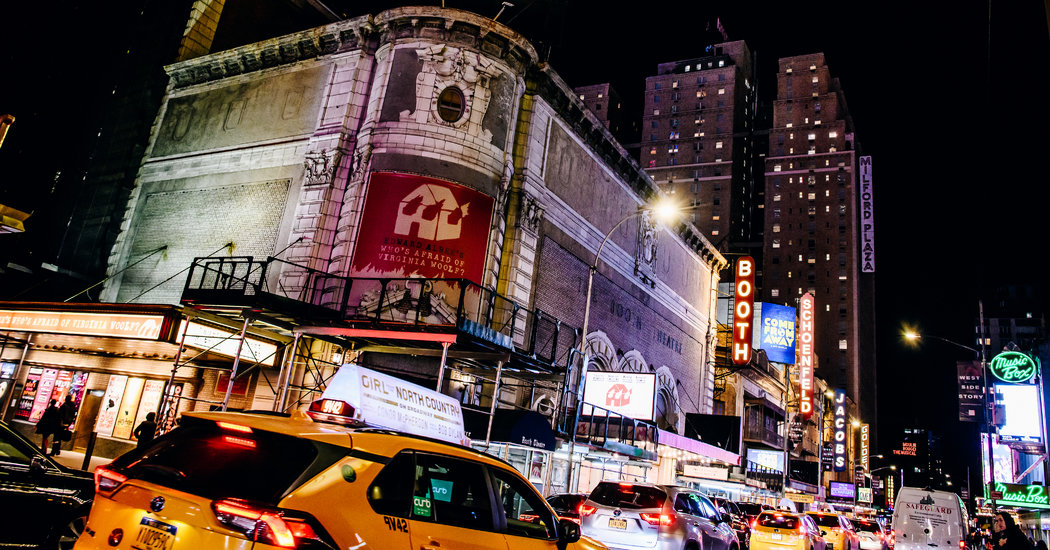 Gov. Andrew M. Cuomo, citing public health risks from the coronavirus pandemic, on Thursday ordered an end to all gatherings of more than 500 people, forcing an unprecedented shutdown of Broadway, the heart of America’s theater industry and the economic lifeblood for many artists.

Cuomo said the restriction would go into effect at 5 p.m. on Thursday, forcing a temporary end to the runs of 31 plays and musicals, from crowd favorites like “Hamilton” and “The Lion King” to new musicals like “Six,” which had been scheduled to open Thursday night.

The Broadway League, a trade organization representing producers and theater owners, said the closing would last through April 12.

The industry — central to, and symbolic of, New York — had for several weeks been hoping to avoid mass closings, which are likely to cost tens of millions of dollars to investors and workers, and to permanently end the runs of some plays and musicals. Broadway is not only the pinnacle of the American theater world, but is also big business: Last season the industry grossed $1.8 billion and drew 14.8 million patrons.

But as worry about the pandemic intensified, actors voiced increasing concern about working through a pandemic and public health experts advised against gatherings of large numbers of people.

The closing was prompted in part by concern from Actors’ Equity Association, the labor union representing 51,000 performers and stage managers around the country, which had become increasingly focused on health risks to its members. And theater producers, facing dwindling advance sales and concern for audiences and employees, came to agree.

The industry wanted either Cuomo or Mayor Bill de Blasio to order a closing, because of a widespread understanding that the shows’ insurance policies would only provide coverage if a closing is government-mandated.

De Blasio suggested Thursday that, rather than closing down Broadway, he would prefer to explore reducing the capacity of Broadway theaters. But theater producers said that would be financially devastating. Revenue would plunge while operating costs remained flat, and the union said the idea would not protect its members.

Multiple other cultural organizations had already announced that they will close. In New York on Thursday, the Metropolitan Museum of Art, the Metropolitan Opera and Carnegie Hall all said they would close temporarily, and many other smaller organizations, from the Irish Arts Center to Yale Repertory Theater, did the same. And theaters are being shuttered around the world — in Italy and Germany, for example, as well as in Seattle and San Francisco.

The suspension comes at a difficult time for Broadway, which had 16 openings scheduled between March 12 (“Six”) and April 23 (“Take Me Out”). April 23 is currently scheduled to be the deadline for shows to open to be eligible for the June 7 Tony Awards, but given the pandemic industry officials acknowledge that the eligibility deadline and the date of the awards ceremony might have to change.

Given the length of the shutdown, some shows might opt to cut their losses and never open; industry officials said they also expected that some running shows — those already experiencing box office weakness — would close rather than try to weather a shutdown and reopen.

Broadway theaters did not close for the 1918 flu pandemic. But in more recent years it has shut down for labor disruptions, weather events, and, on 9/11, the terrorist attacks. Most of the closings have been quite short (Broadway, urged to reopen by city officials, was back in business two days after the 2001 terrorist attacks), but most theaters were shut for 19 days by a strike by stagehands in 2007 and 25 days for a musicians strike in 1975.