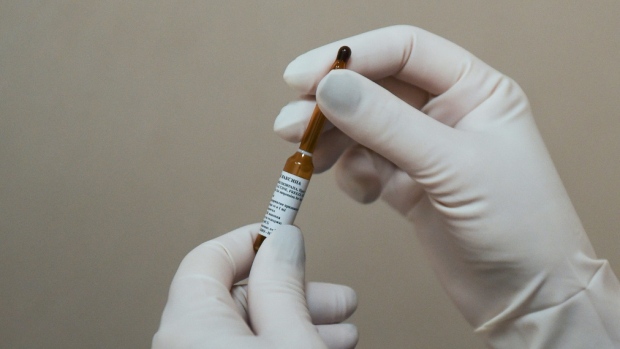 SOFIA, BULGARIA — In the worldwide battle against COVID-19, scientists are investigating whether a century-old tuberculosis vaccine might offer some additional protection against the novel coronavirus.

And Bulgaria — one of the world’s leading manufacturers of the vaccine — is holding out hope of new markets for the many millions of doses it produces each year.

Bacillus Calmette-Guerin, or BCG, was developed by two French researchers, Albert Calmette and Camille Guerin, in 1921 as a vaccine against tuberculosis, a lung disease that, according to the World Health Organization, is the world’s top infectious killer and the cause of 1.5 million deaths globally every year.

In the fevered search for a treatment against COVID-19, clinical trials are under way — in Australia, South Africa, Europe and the United States — to examine a hypothesis that BCG might provide a complementary shield against the novel coronavirus.

The WHO, for its part, said last month that there is no evidence that BCG protects people against infection with COVID-19.

Nevertheless, Bulgarian scientists suggest that the Balkan country’s high rate of BCG vaccination — as well as an early lockdown — helped it to escape the worst of the pandemic.

“BCG generates a powerful immune stimulation. And while we are waiting for a specific treatment or vaccine against the novel coronavirus, we must put our bets on immunity,” immunology professor Bogdan Petrunov told BNT public television.

Neonatologist Valentina Gerginova said that those who have had the vaccine experience “milder forms of other bacterial and viral infections” and that it could therefore also benefit those who are exposed to the novel coronavirus.

Gerginova has administered BCG shots to newborn babies for more than 30 years at a private Sofia hospital.

While many countries now carry out only targeted BCG vaccination campaigns, Bulgaria insists on the mandatory vaccination of all newborn babies.

Bulgaria is also a major producer of the vaccine, exporting it to 140 countries. Its state-owned company Bul Bio is one of 22 pharmaceuticals firms worldwide that manufactures it, and only one of three in the European Union.

Bulgaria is also one of just four suppliers to the WHO — alongside India, Japan and Denmark — for the United Nations’ anti-tuberculosis campaigns in Africa and Asia.

“We have known for many years that the BCG has some more general beneficial effects,” Camille Locht, head of research at the National Institute of Health and Medical Research (Inserm) in the northern French city of Lille, told AFP.

The government hopes that Bulgaria, the EU’s poorest country, could benefit from its leading position as a major producer of BCG.

“Due to the slim profit margins and the complex production process, there is real pressure on the supply of the vaccine on an international scale,” Bul Bio chief executive Rumen Kofinov told AFP.

Bulgaria’s expertise with BCG goes back a long way.

Among several different versions of the vaccine that were developed, one was tested in Bulgaria as far back as 1926. And large-scale production of BCG began in 1949 in a state laboratory that was Bul Bio’s predecessor.

In 1951, the country made the BCG vaccination obligatory for newborn babies, reducing to just one-tenth the number of tuberculosis cases in 30 years.

“We are the most BCG-ed country in the world,” with four obligatory shots administered before adulthood, the chief of Bulgaria’s National Centre for Infectious and Parasitic Diseases, Todor Kantardzhiev, said in a recent interview.

Despite this — and the fact that some other European states have never implemented mass BCG vaccination — tuberculosis infection rates are still twice as high in Bulgaria than the European average because of persistent poverty in some parts of the country.