You Are Here Home Health News C.D.C. Panel Recommends Pfizer Vaccine for Patients as Young as 16 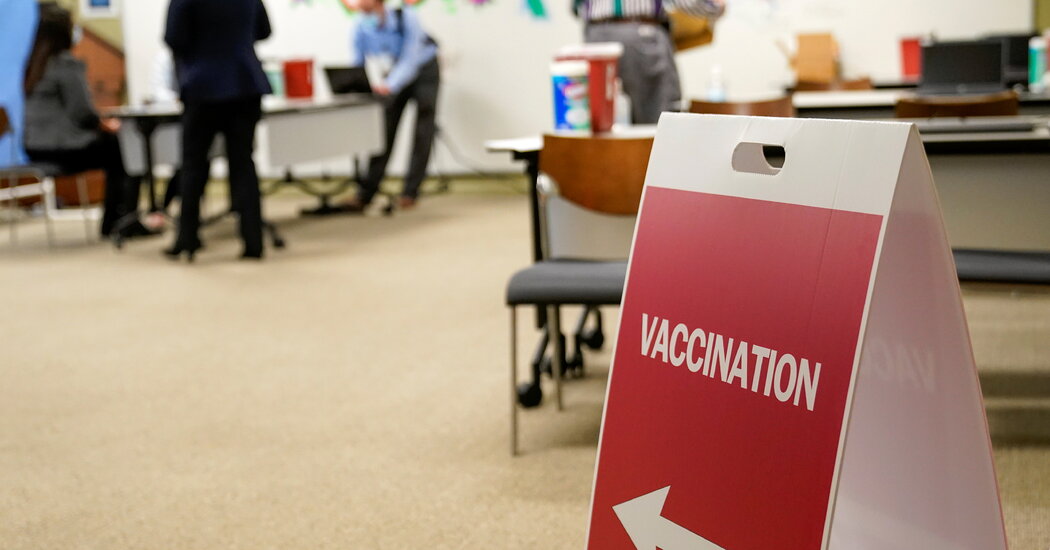 An independent committee of experts advising the Centers for Disease Control and Prevention on Saturday afternoon voted to recommend the Pfizer coronavirus vaccine for people 16 and older. That endorsement, which now awaits only final approval by Dr. Robert Redfield, the director of the C.D.C., is a key signal to hospitals and doctors that they should proceed to inoculate patients.

The endorsement follows Friday night’s emergency use authorization of the vaccine by the Food and Drug Administration, which oversees licensing of medical products.

The advisory committee, which typically meets three times a year to review amendments to routine schedules for child, adolescent and adult vaccines, has been engaged in numerous marathon-length sessions this fall to discuss a plethora of knotty issues surrounding the introduction of the novel vaccine, which is in limited supply, during a pandemic.

In meetings on Friday and Saturday, the panel’s heated discussions centered mainly on three areas: whether to recommend the vaccine for patients 16 and 17 years old, for pregnant and lactating women and for patients who have had an anaphylactic reaction to other vaccines.

C.D.C. officials and scientists will review the debate and post more precise guidance about those specific groups and others on Sunday and in the coming weeks, as more information about the vaccine becomes known.

Shipments of nearly three million doses of the vaccine will begin going out to states this weekend. Most states are expected to follow C.D.C. guidelines to reserve those doses for heath care workers and residents of nursing homes and long-term care facilities.

Pregnant women were not included in clinical trials of the vaccine. The expert panel’s discussion about pregnancy centered on the fact that at least 330,000 health care workers in the first cohort of vaccine recipients are expected to be pregnant or lactating women. While the committee urged that the decision on whether to get the shot be left to pregnant women in consultation with their doctors, it also suggested they weigh their personal risk of being exposed to the virus against the efficacy of the vaccine and the paucity of data about it with respect to pregnancy.

The committee noted that because it is not a live-virus vaccine, it is not considered a risk to a breastfeeding infant.

Pfizer representatives said on Friday that they had seen no evidence that the vaccine affects gestation or fertility. About two dozen women became pregnant during the clinical trials after being vaccinated, and the company is monitoring them.

The committee members drilled down on warning labels and instructions that would address anaphylaxis, after two British health care workers had severe allergic reactions immediately after their inoculations. The members were trying to strike a balance: providing reasonable cautions without alarming a public that already may be skittish about the vaccine. On Saturday, they were leaning toward advising that patients with “severe allergic reactions,” such as anaphylaxis, to any ingredient in the vaccine not get the shot. In addition, they were recommending that patients generally be monitored for 15 minutes immediately after being vaccinated and, for those with a history of anaphylaxis, 30 minutes.

With distribution of a coronavirus vaccine beginning in the U.S., here are answers to some questions you may be wondering about:

On the issue of whether to permit the vaccine for 16- and 17-year-olds, several pediatricians on the committee expressed concern that Pfizer’s data so far with respect to the youngest participants was “thin.”

But other committee members pushed back, saying that the physiological difference between a 16-year-old and an 18-year-old was minimal. People under 18 who work in long-term care facilities and “essential” jobs such as grocery clerks are at high risk for getting the virus, and would likely be recommended for the early shots, they said.

The doctors noted that these teenagers might be disproportionately people of color. By ruling them out, the doctors argued, the committee would inadvertently discriminate against them because of their age.

And, as they added, because the data on side effects and effectiveness is so positive, the risk of teenagers getting the virus — as well as spreading it and having their schooling interrupted — outweighed the known risks of the vaccine itself.

The committee also expressed support for offering the vaccine even to people who have previously tested positive for the virus. But given the limited supplies now, they urged those who had been infected within 90 days to wait until that period expires.

The C.D.C. is expected to release more precise clinical advice on Sunday. In addition, it has posted an extensive “tool kit” for providers and patients, intended to give ample information to address potential concerns.