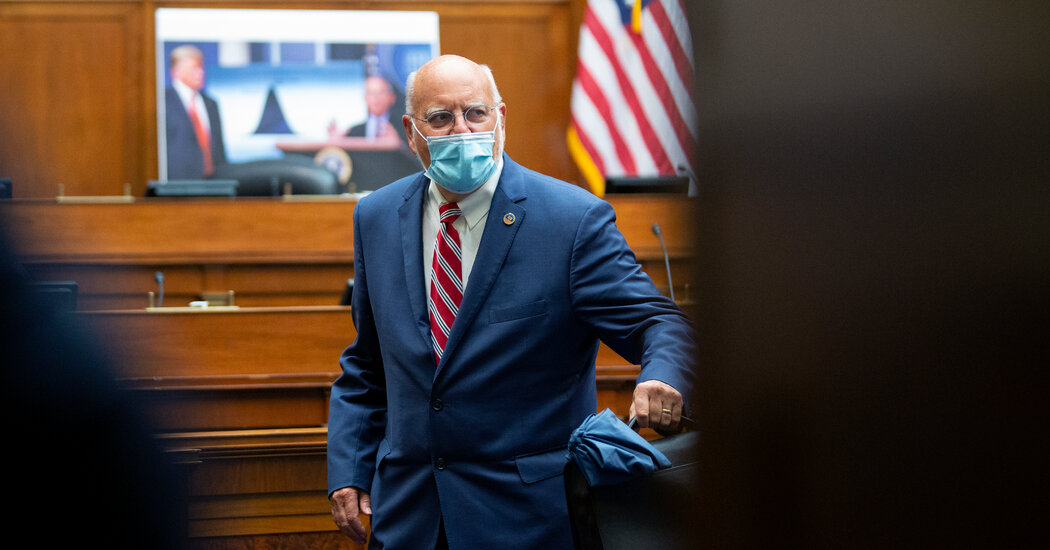 WASHINGTON — The director of the Centers for Disease Control and Prevention, seeking to clarify recommendations on coronavirus testing that incited an uproar, said that “testing may be considered for all close contacts of confirmed or probable Covid-19 patients.”

But his clarification may have further confused the issue.

The statement by the director, Dr. Robert R. Redfield, was issued to some news outlets late Wednesday, and more broadly Thursday morning, after a storm of criticism over new C.D.C. guidelines. Those guidelines asserted that people who had been in close contact with an infected individual — typically defined as being within six feet of a person with the coronavirus for at least 15 minutes — “do not necessarily need a test” if they do not have symptoms.

Administration officials said that “not necessarily” needing a test was consistent with “may be considered” for one. But experts said the shift in language was leaving patients, doctors and state and local public health officials — who rely on the C.D.C. for guidance — perplexed.

“‘May be’?” asked Dr. Carlos del Rio, an infectious disease expert at Emory University. “I want a little more than that in a recommendation. ‘May be’ doesn’t help.”

Democrats including the governors of California and New York as well as Speaker Nancy Pelosi have accused the C.D.C. of bowing to political pressure from President Trump, who wants to minimize the number of cases of infection. Administration officials say the guidelines were the product of a vigorous debate in the White House coronavirus task force.

In his statement, Dr. Redfield sought to explain: “Testing is meant to drive actions and achieve specific public health objectives. Everyone who needs a Covid-19 test can get a test. Everyone who wants a test does not necessarily need a test; the key is to engage the needed public health community in the decision with the appropriate follow-up action.”

The clarification does not change the new guidelines, which remain on the C.D.C.’s website. But it is unusual. Public health experts say clear, consistent communications are essential to fighting an infectious disease outbreak, and in interviews several said that statements from the C.D.C. and Dr. Redfield had fallen far short of that goal.

“What we need from the C.D.C. is clear, specific, directive guidance,” said Dr. Leana Wen, a former health commissioner of Baltimore. “It shouldn’t be a Rorschach blot that we’re looking at, and everybody’s getting a different response by looking at the same guidance.”

Dr. Wen said she was concerned about the effect of the rule on insurance coverage for testing. Insurers have been chafing against the mandate to pay for all tests without requiring a co-payment from patients. Gregg Gonsalves, an assistant professor of epidemiology at the Yale School of Medicine, said the new guidance suggested the administration was “not going to support asymptomatic testing with new money or allow Medicaid to pay for it.”

“I don’t think the C.D.C.’s decision forbids states from covering tests beyond the C.D.C.’s authorization, but it might give states cover to save money by making cutbacks,” said Stan Dorn, a senior fellow at Families USA, a nonpartisan health consumer advocacy group.

One person close to the C.D.C. and the White House said the new guidelines were put in place in part to make them comport with testing for other infectious diseases, like Zika, and in part because of a sense among administration scientists — as well as doctors and insurers — that “too many people were getting tested out of fear and emotion.”

The flap came as the Trump administration announced the purchase and production of 150 million rapid tests to be distributed across the country. White House officials said the administration had teamed with Abbott Laboratories to produce inexpensive and easy-to-use BinaxNOW tests.

In the new testing guidelines, posted on Monday, the C.D.C. said close contacts of Covid-19 patients “do not necessarily need a test” unless they are vulnerable or their doctor or a state or local public heath official recommended it.

On a conference call with reporters Wednesday, Admiral Brett P. Giroir, the administration’s coronavirus testing czar, said that the policy mirrored the existing recommendation for health care and other frontline workers, and that the task force had simply decided to extend it to the general population.

But the guidance was met with protest from public health experts, who said that the nation needed more testing, not less, and that it made no sense to advise anyone who had been exposed not to get a test, particularly because the virus is transmitted by asymptomatic people.

“I’m very confused by it,” Dr. del Rio said, adding, “I really do not understand what C.D.C. is thinking, and it doesn’t make sense from an infectious disease standpoint.”

The chief scientific officer of the Association of American Medical Colleges, Dr. Ross McKinney Jr., slammed the move as “irresponsible,” saying the guidelines released on Monday “go against the best interests of the American people and are a step backward in fighting the pandemic.”

Mr. Trump has suggested that the nation should do less testing, arguing that administering more tests was driving up case numbers and making the United States look bad. But experts say the true measure of the pandemic is not case numbers but test positivity rates — the percentage of tests coming back positive.

In an interview on Wednesday, Dr. Anthony S. Fauci, a member of the task force and the government’s top infectious disease expert, said he was concerned that the guidelines could be misinterpreted. Dr. Fauci had signed off on an early version of the rule but was undergoing surgery for removal of a polyp on his vocal cord when it was completed last Thursday.

In the statement, Dr. Redfield said the agency was “placing an emphasis on testing individuals with symptomatic illness, individuals with a significant exposure, vulnerable populations including nursing homes or long-term care facilities, critical infrastructure workers, health care workers and first responders, or those individuals who may be asymptomatic when prioritized by medical and public health officials.”

Dr. Redfield also said that anyone — even people who tested negative — exposed to someone who is or may be infected should “strictly adhere” to public health guidelines, like social distancing, wearing a mask, avoiding crowded indoor spaces and frequently washing their hands.