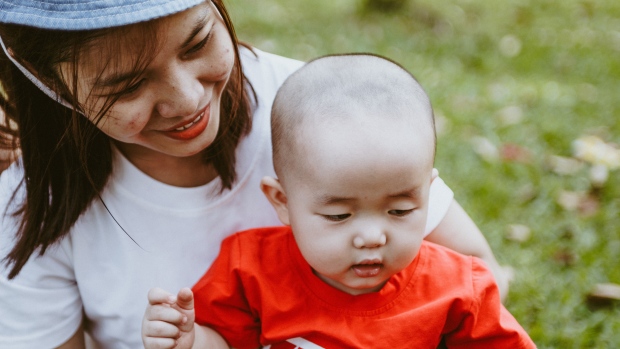 TORONTO — Researchers at the University of Alberta say that C-section babies and babies born to mothers of Asian descent are more likely to develop lower levels of a bacteria critical to immune development and have a higher risk of developing food allergies.

The researchers looked at gut bacteria from fecal samples in 1,422 Canadian infants at three or four months of age, and again at one year of age. They also conducted skin prick tests on the babies when there were at one and three years of age to assess whether they had developed any allergies.

“The questions … are related to early life factors that change the gut bacteria of babies, like for example caesarean section delivery, and whether at the end of the day, this makes a difference in terms of greater risk for allergic disease for food sensitization,” said lead author Anita Kozyrskyj, a pediatrics professor at the University of Alberta’s faculty of medicine and dentistry, in a phone interview with CTVNews.ca.

Allergic reactions are triggered by the body’s immune system. The study says low levels of Bacteroides, which are a type of bacteria critical to immune system development, are a key factor that can to a higher risk of developing food allergies.

Kozyrskyj says infants delivered via C-section are more likely to experience lower levels of Bacteroides and experience food allergies as they don’t get the same exposure to bacteria from the mother as infants deliver through vaginal delivery.

“They start off with lower Bacteroides. And for some of them, their levels continue to stay low. And it is in these infants with low Bacteroides… that we saw were at increased risk for food sensitization, and specifically for peanut sensitization

The researchers also noticed that the babies born to mothers of Asian descent in their cohort were eight times more likely to develop peanut allergies than the other babies, a surprising find as food allergies that are common in the West, such as peanuts and soy, are uncommon in Asia.

“The parents have lower rates of allergy and food sensitization, but there are children who were born in Canada, United States and Australia for example, they seem to be a greater risk for food allergy or peanut sensitization,” said Kozyrskyj.

“There could be some changes to gut bacteria due to changes in her diet. We couldn’t test these things, but it’s possible,” said Kozyrskyj.