You Are Here Home Health News Can Technology Help Us Eat Better? 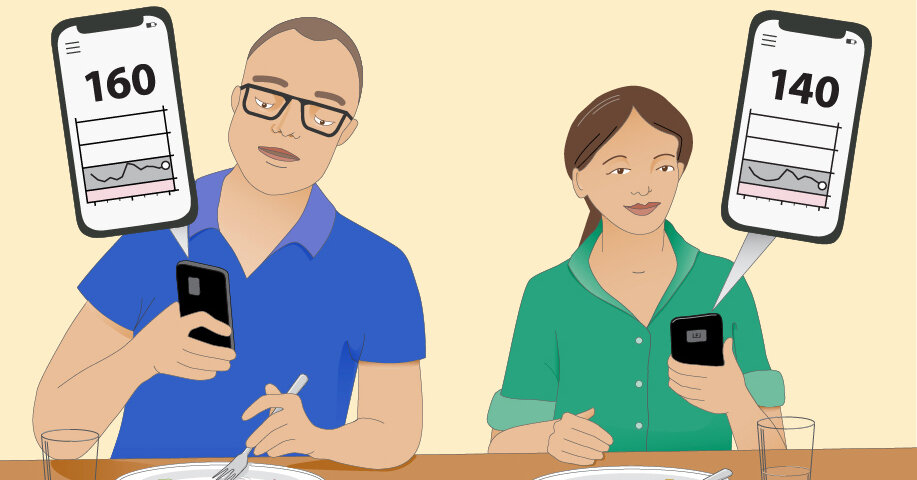 Dr. Snyder’s research led him to co-found January. The company provides its customers with continuous glucose monitors and then uses artificial intelligence to help them make decisions about what to eat, including predictions about how they might react to different foods before they even eat them.

The programs, which are not covered by insurance, are not cheap. The starting price for Levels is $395, which includes a telemedicine consultation and two Abbott FreeStyle Libre glucose monitors that are programmed to run for 14 days each. Nutrisense offers its customers a variety of packages that range in price from $175 for a two-week program to $160 a month for an 18-month commitment. And January charges $288 for its “Season of Me” introductory program that includes two glucose monitors, a heart rate monitor, and access to the company’s app for three months.

But are they worth it?

To get a better sense, I signed up to use the Levels program for one month. As a health reporter who writes about nutrition, I try to follow a fairly healthy diet and exercise regimen with plenty of fresh foods and few junk foods or sugary snacks, so I wasn’t expecting to learn much from the program. But I kept an open mind.

To get started, I filled out a brief health questionnaire online. Then Levels shipped me two FreeStyle Libre glucose monitors, which were prescribed by a doctor affiliated with the company. As instructed, I attached the device — a small patch with a tiny sensor about the size of a human hair — to the back of my arm. The sensor measures “interstitial fluid” beneath the skin, which it uses to estimate blood sugar levels.

The monitor helped me identify foods that I had no idea were spiking my blood sugar, like protein bars and chickpea pasta. But through trial and error, it also helped me find alternatives. One day I ate a salad with grilled salmon and noticed that it caused my blood sugar to soar. I soon realized why: I had drenched my salad in balsamic vinegar, which, it turns out, contains a lot of sugar. The next day I repeated the meal but with red wine vinegar, which contains no sugar. The result? My continuous glucose monitor showed there was no blood sugar spike or crash.

Dr. Means said that people are often surprised to learn just how much sugar is hiding in their foods, especially in things like sauces, condiments and dressings. But not everyone is the same, and people learn tricks, such as pairing carbs with protein or fats — for example, by adding almond butter to oatmeal or an apple — to blunt the blood sugar response to certain foods.

The monitor also reinforced the value of exercise. I noticed on days when I went for a run, or even a 15-minute walk, that the physical activity helped to keep my blood sugar in a steady range after meals.