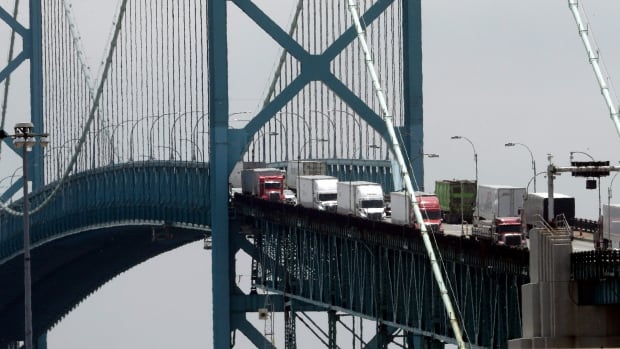 Canada and the United States are finalizing a deal to close their shared border to non-essential travel — an extraordinary measure designed to slow the spread of COVID-19.

Multiple sources with direct knowledge of the talks say the details are still being worked out, and could be announced as early as Wednesday.

Once finalized, the agreement would close the border to tourists and shoppers while still allowing Canadians to return home. The final deal is expected to allow some commercial traffic to continue to keep critical supply chains intact.

CNN first reported the development Tuesday night. Sources have confirmed the accuracy of the report. One source says Ottawa and Washington are working together on the plan, and that it will be reciprocal.

Prime Minister Justin Trudeau had previously resisted closing the border to Canada’s closest ally and most important trading partner — but he did not rule it out.

The planned restrictions underscore the sudden severity of the COVID-19 crisis. Typically, Canadian officials are loath to impose restrictions on the movement of people at the border.

On Monday, when Trudeau announced his government would deny entry to almost all foreigners, he made an exception for Americans, but said that exception would be reviewed.

A source told Radio-Canada  this special treatment would have been perceived by the White House “as a sign of friendship” from Canada that would allow for goodwill in the border negotiations.

“It’s a matter of time,” the source told Radio-Canada, adding that there was a strong desire in Ottawa and Washington to move quickly as the COVID-19 pandemic spreads.

The agreement would limit cross-border travel to essential activities, for example, the delivery of goods by truck drivers.

A senior Canadian official told CBC News one of the challenges in the discussions is agreeing on what qualifies as essential travel. For example, it’s unclear how strictly the rules would apply to people, on either side of the border, wanting to visit family across the border.