TORONTO — A Canadian woman has been left with the brain of a 70-year-old after suffering from Lyme disease for more than seven years without treatment because she says tests failed to give her a proper diagnosis.

St. Catharines, Ont., woman Nikki Kent was bitten by a tick in 2013 at the age of 17, but didn’t think much of it at the time. Kent said she noticed the tick on her leg as she sat by her pool, but simply plucked it off and moved on.

“I’m not even sure if I told my parents that it happened,” the now 24-year-old said in a phone interview with CTV News Toronto. “I didn’t think it was a big deal. I had no idea what Lyme disease even was at the time.”

About a week later, she started to feel ill. The normally energetic cheerleader and soccer player began to feel weak but chalked it up to having the flu.

“I was falling apart,” Kent said. She said doctors continued prescribing her different anti biotics but nothing seemed to help. “I had no idea what was going on. I thought maybe it was in my head. I was getting pretty upset that I was feeling this way and not knowing why.” 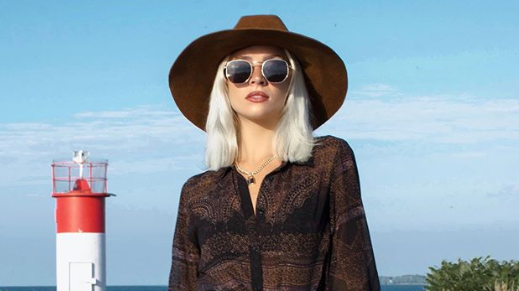 Three years later, after doing some research of her own online, Kent thought she would get some answers when she was tested for Lyme disease in St. Catharines, but was disappointed when the results came back negative. She wasn’t aware, at the time, that a US$1,100 test from the United States would give her a more accurate result and tell her that she did have the disease.

It would be another three years before Kent was finally diagnosed through testing conducted outside of Canada.

Kent’s situation is similar to thousands of other Canadians, experts say, who were misdiagnosed, or have gone undiagnosed, for Lyme disease and have had their health deteriorate as their nervous system is attacked by the disease.

Despite constantly feeling ill, Kent moved to London, England in 2014 to pursue a career in media and fashion. After about a year in London, she went backpacking to several different countries, but said she would often have to see doctors along the way.

“I thought it was weird that I constantly had to see a doctor. That’s when I thought it would be best to go home and use my Canadian health care and try and figure out what was going on,” Kent said.

Kent moved back to Ontario in 2016 and saw numerous doctors, none of them, she said, mentioned the possibility that she contracted Lyme disease. 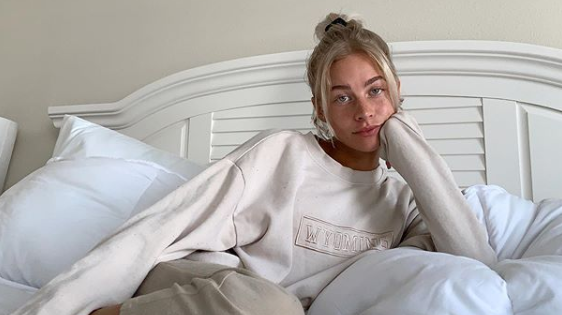 “That’s when the brain fog started kicking in,” Kent said. “I was struggling putting sentences together. I couldn’t read a book. Even my family noticed I was mumbling more and wasn’t easy to talk to. I was losing my memory.”

Doctors in Ontario kept telling Kent she either had the flu, anxiety, depression or had possibly even damaged her brain through years of playing soccer and participating in cheerleading.

“I believed them at first because they’re my doctors. But this had been years of feeling unwell and I knew in my mind that it was more.”

“I lost weight drastically at this point. I’m an athletic person, I’ve always had an athletic form but within a month I lost 25 pounds and had no muscle left on my body.”

Between appointments with doctors, Kent began to do her own research and stumbled upon the possibility she could have Lyme disease.

In 2016, three years after she was bitten by a tick, her doctor agreed she should take a test for the disease, but it came back negative.

“I questioned the test being negative. I really thought that could have been it. But you listen to doctors and you trust their knowledge and approach. The test coming back negative was enough to move on from that idea.” 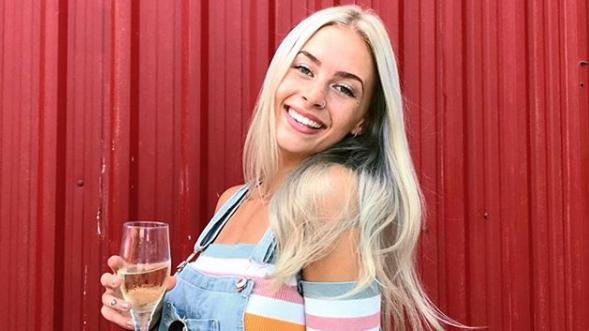 Kent said over the next few years she continued to suffer mentally and physically from her undiagnosed illness and was often not well enough to work. She saw specialists while continuing to do her own research into her symptoms.

“I came across a few stories about Lyme disease regarding Canadian testing not being accurate,” Kent said. “That alarmed me a bit.”

Near the end of 2019, Kent was referred to a hematologist who told her there is more advanced Lyme disease testing in the United States and parts of Europe and she should consider paying out-of-pocket to be retested.

Kent did some research and decided to go ahead with the test in United States, which was shipped to her through the mail. A few weeks later the results came back and confirmed she had tested positive for Lyme disease.

“I had so many different emotions going through my head. I’ve never felt that way before. It was a sense of relief but also hard to hear. I felt like I’ve been failed by my health-care system,” Kent said. 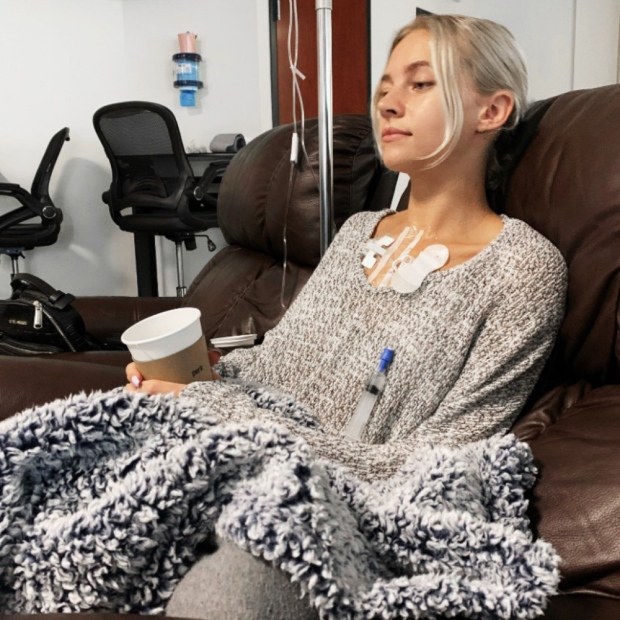 Kent said around the time she was diagnosed with Lyme disease she had just completed another brain MRI that came back with shocking results.

“It found out that I have large abnormalities with my brain. Four years ago, my MRI came back clear and now after these years of battling and missed diagnoses I have what my internist compared to as a brain of a 70-year-old.”

“Basically the MRI showed lesions in my brain. I’ve been told the Lyme disease has now spread to my brain and it’s been attacking my nervous system.”

Since testing positive for Lyme disease, Kent has taken two other tests in the United States to confirm her diagnosis, both of which have come back positive.

“Just for fun, I took the test again in Canada, we thought, ‘Hey, let’s see if it comes back positive,’ but it came back negative again.”

Doctors told Kent that because her Canadian tests will not return a positive result for Lyme disease, the health-care system will not treat her for it.

“I showed Canadian specialists my American testing and they denied my referral,” Kent said.

Feeling failed by the health care system, Kent began to research treatment centres in the United States where she could get help.

Kent found a facility that specializes in Lyme disease in Florida and moved there last month. Last week, she began intensive full-time treatment to help get her symptoms under control. 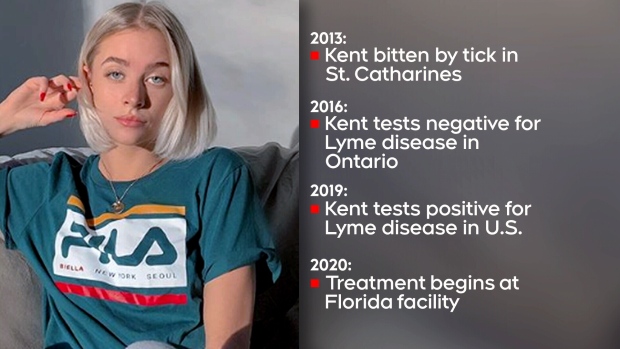 She may be required to spend up to a year in the facility and the treatment will cost more than $100,000.

“It’s going to put my family into debt,” Kent said. “It saddens me that I have to go so far to get help but I don’t want to let this illness own me.”

“I want to get married and have kids and be able to somewhat live normally.”

Kent’s years-long battle to find a diagnosis is similar to thousands of Canadians with the disease, the president of the Canadian Lyme Disease Foundation told CTV News Toronto.

“The main problem with Canadian testing is that it’s only testing, or confirming, a small number of strains of Lyme disease,” Jim Wilson said. “It’s not capable, in many people, of detecting when the disease is there.” 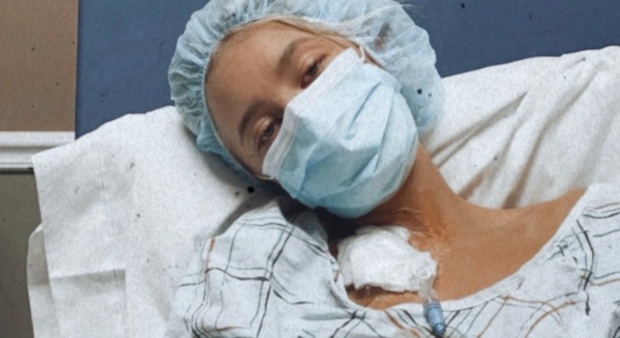 “We know there are more strains of Lyme disease than are being tested for in Canada and until the government changes their testing, there are going to be thousands more cases like this.”

Wilson said he believes doctors in Canada are also inadequately trained to detect the early stages of Lyme disease, leading to many misdiagnoses.

He strongly recommends that anyone who suspects they may have Lyme disease to have their blood tested somewhere outside of Canada.

“I’m very dissatisfied with our health care system on this disease,” Wilson said. 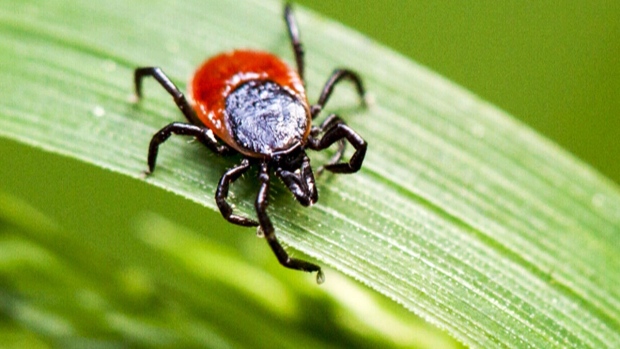 “They are intentionally neglecting thousands of Canadians and are doing nothing about it. The Ontario government should be leading the charge on changing the testing, simply because of the population and the number of tick exposures.”

“The science and clinical management of this complex illness continues to evolve,” David Jensen, a spokesperson for Ontario’s Ministry of Health, told CTV News Toronto on Tuesday.

“As such, the ministry engages with the medical community to promote improved diagnosis, care, treatment and support for people living with Lyme disease.

“The ministry’s strategic framework provides a road map for co-ordinated action on Lyme disease and tick-borne illnesses. This framework continues to guide our approach to these illnesses including in the areas of care, treatment, and support.”

The government says Ontario’s Lyme disease testing is consistent with other provinces and territories in Canada.

Meanwhile, Kent said she is sharing her story with the hope of helping other people suffering from undiagnosed Lyme disease.

“If my story just helps one person I’m happy. I just want to stop anyone from having to go through anything like this.

“I didn’t even know who I was anymore.”