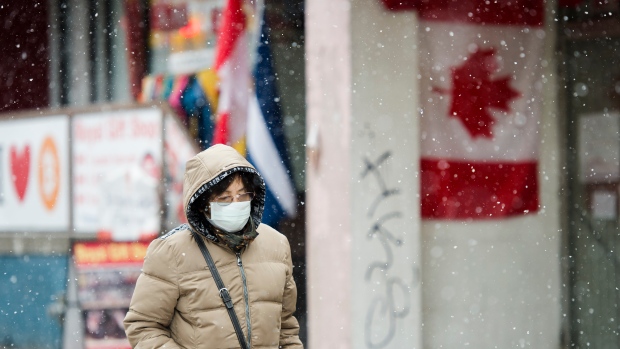 OTTAWA — With a slowly, but steadily rising number of COVID-19 cases in Canada, health officials continue to stress that the risk posed by the novel coronavirus in this country remains low.

The number of confirmed and presumptive cases stood at 54 Friday, the vast majority being reported in Ontario, with 28, and British Columbia with 21.

All of Ontario’s known patients had recently travelled outside the country or were in close contact with other patients who had, however, Canada’s first apparent case of community transmission was reported in B.C. this week.

A Vancouver-area woman was diagnosed with COVID-19, even though she hadn’t travelled recently and had no known contact with anyone else diagnosed with the virus.

Quebec has two confirmed cases and one presumptive diagnosis that still has to be confirmed, while Alberta has reported two presumptive cases.

Chief public health officer Dr. Theresa Tam noted Friday that most of the cases in Canada have been mild, and the patients are self isolating at home. About seven people are in hospital, but she said that doesn’t necessarily mean they are severely ill, adding that Canada is well equipped to deal with the outbreak.

Ottawa is increasing its funding for COVID-19 research by $20 million, Health Minister Patty Hajdu announced Friday, after concluding that the $7 million it had planned to spend isn’t enough.

Meanwhile, the B.C. government has announced it’s activating the province’s pandemic plan to deal with COVID-19, and is ready to use emergency powers to protect the population, health workers, and the health system’s capacity to help patients with other problems.

Around the country efforts to sanitize venues wherever people gather in close quarters, such as planes, trains, subways and stadiums, are being given a high priority.

Three of Canada’s 54 confirmed or presumptive cases of the virus are among passengers who were aboard the Grand Princess from Feb. 11 to 21 during a cruise that began and ended in San Francisco.

The Public Health Agency of Canada has since been trying to locate more than 260 Canadians who were on that cruise.

And another 237 Canadians have been forbidden from leaving the ship during a subsequent cruise, as they and the rest of the passengers and crew undergo testing for COVID-19.

This report by The Canadian Press was first published March 7, 2020.