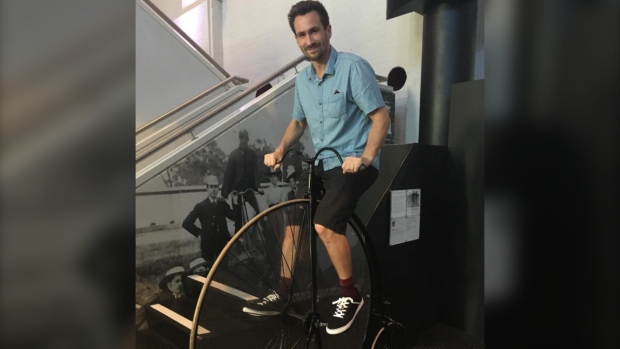 OTTAWA — A Canadian who was detained in Thailand for five days amid the COVID-19 outbreak is finally coming home.

Campbell Chamberlin, 26, had been travelling throughout Asia for more than a year when the pandemic began. On Tuesday, while Chamberlin was on a flight from Thailand to Sri Lanka, Sri Lanka shut its borders to some foreign visitors — meaning the Canadian could not enter.

“They asked me why I was there in Sri Lanka, and when I answered tourism, the man just shook his head disappointingly at me and took my passport and left,” said Chamberlin.

With that, after immigration authorities confiscated all their passports, he and three other tourists — two from France and one from Germany — were placed back on the plane they had flown in on. But when they arrived in Thailand, they learned that they were barred from entering that country as well.

“From what I understand, Thai Lion Air should have known [about the travel restrictions] and not allowed us to board, which is why they were then responsible for us afterward,” Chamberlin said.

“We were brought to this room. I don’t think any of us realized at that point that it was going to be five days, because no one really explained anything to us.”

The room where the airline officials held the travellers had little light pouring through the small windows, with cameras on the walls and a series of mats laid out for Chamberlin and his fellow detainees to sleep on.

While Chamberlin expected to wait for a few hours, maybe the night, before being placed on a flight, as the hours went by it became apparent they could be stuck for some time.

When Chamberlin asked to access his luggage, he said he was told he could not — forcing him to go days without brushing his teeth. The airline was charging him $40 per day for his stay in the room that he wasn’t allowed to leave. Chamberlin was also forced to skip some meals, as he has a fish allergy and continued to be served fish due to a language barrier.

Luckily, Chamberlin still had his cellphone. He enlisted the help of his mother, Judy Erskine, who lives in Ottawa, and his sister, Kelly Chamberlin, who both sprang into action.

Kelly shared Chamberlin’s story all over social media, where many friends also shared it, asking for help. Erskine attempted to contact the federal government’s help lines and Chamberlin also sent an email to the government requesting emergency assistance.

However, with thousands of Canadian travellers calling the government’s help lines in a bid to find a way home in the midst of the COVID-19 outbreak, Erskine found it took hours on hold and multiple conversations to reach someone who could help.

At one point, when Erskine attempted to speak to someone with the Canadian government’s emergency assistance line – who she had been told might be able to help — she said she was informed that it might be difficult because it was just after 4 p.m., and the staff would have already gone home.

“I’m disappointed with the Canadian government. I know they’re swamped and I’d love to give them the benefit of the doubt…but Campbell’s sitting in an airport, with flights,” said Erskine.

Chamberlin said he called the Canadian embassy in Thailand four or five times before he “wasn’t just hung up on.”

Once Chamberlin described his problem to the embassy staff, he said an individual from the embassy was “incredible helpful” and the official even went so far as to pass along his personal number. But shortly afterwards, Chamberlin’s SIM card ran out and he wasn’t allowed to purchase another.

“I do believe he did do what he could,” said Chamberlin, adding that the other foreigners detained alongside him had no contact with their own embassies.

In an email to CTVNews.ca, a government spokesperson confirmed that they were aware of the case and were working to assist Chamberlin.

In between her own bids to get a hold of the government, Erskine eventually managed to get in contact with a private investigator on the ground in Sri Lanka, who eventually informed her that Chamberlin had been flagged as an at-risk passenger because he had been turned away from two countries — and now a letter from an airline was required to confirm that they’d be willing to accept him as a passenger.

Meanwhile, Chamberlin and his companions grew increasingly frustrated in the small room where they were held, as travellers in similar situations whose fates were in the hands of other airlines would come and go within hours, having flights to take them out of the country.

Despite regularly questioning airline employees who would visit the room where they had him detained, Chamberlin was repeatedly told that Thai Lion Air had no timeline for when they would release him and his companions. With no passport and no idea when they would be released, Kelly said her “positive, happy” brother became “depressed.”

“That’s my big brother, and he’s hurting, and I can’t do anything,” said Kelly.

However, good news came on Saturday when Campbell was suddenly informed he was booked on a flight to Tokyo, with the ultimate plan to travel back to Canada. While his German companion also had a flight out, he told CTVNews.ca that the fate of the two French travellers remained uncertain.

“I’ve very thankful for everyone that I had helping me.”

At the end of the day, Campbell said he learned from the experience.

“There’s certainly a lesson about booking with discount airlines,” he joked.

However, the real lesson he learned is a cautionary tale for other travellers like him as this pandemic progresses.

“I’m a traveller, I always tell people, keep going as long as you can, no matter what. But I really think right now, if you’re planning on travelling from whatever country you’re in, it should really only be back to your home country,” Campbell said.

CTVNews.ca has reached out to Thai Lion Air for comment.