You Are Here Home Health News Canadians advised to not travel outside country, restrictions imposed on international flights, cruises 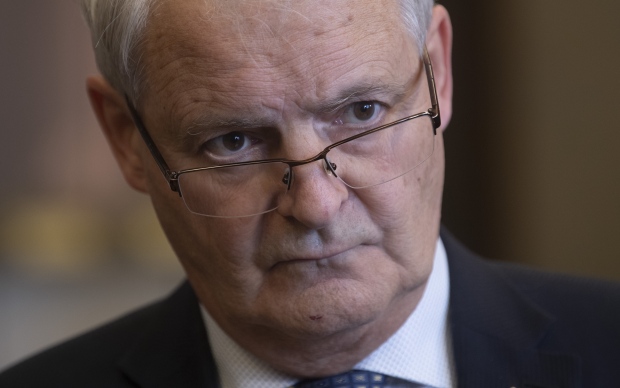 TORONTO — The federal government advised Canadians to cancel or postpone all non-essential travel outside the country until further notice as part of a series of travel-related measures announced on Friday in response to the COVID-19 pandemic.

The government noted that many countries have implemented special entry and exit policies and warned that foreign governments could impose restrictions on movement with little notice as part of its efforts to stem the spread of the novel coronavirus, while airlines could cancel flights. These actions could severely disrupt travel plans for Canadians and potentially leave them stranded abroad longer than expected, the government said.

“We are monitoring the situation abroad to provide credible and timely information to Canadians to help them make well-informed decisions regarding their travel. We also continue to work around the clock to provide assistance and consular services to Canadians abroad affected by COVID-19,” said Foreign Affairs Minister François-Philippe Champagne in a statement.

Returning home could also become more difficult as international flights into Canada will soon be limited to specific Canadian airports.

“We believe that this is a precaution that we should take so that we concentrate overseas international passengers coming into Canada to a smaller number of airports and we’ll have more details on that very shortly,” said Federal Minister of Transport Marc Garneau.

The designated airports have yet to be named, but Vancouver International Airport, which normally sees nearly 100,000 people passing through each day, could be among the few allowed to accept flights from abroad. Toronto Pearson Airport meanwhile, is normally the country’s busiest hub, connecting with more than 175 cities around the world.

There is no timeline yet on when the new policy will come into effect, but Canadians currently outside the country were advised to consider changing their travel plans in order to return home earlier.

“We’ve focused our resources particularly at people who are travelling from high-risk regions…and for all international travellers, they are subject to screening,” Blair said.

“If for example, they have been to one of those high-risk areas they receive certain information and if they are in need of further interaction with our public health officials, the referral takes place right at the airport. We also provide those international travellers with additional information should they become symptomatic or feel ill.”

Meanwhile, cruise ships or ferries carrying more than 500 people will not be allowed to stop in Canada until July 1, when the restriction will be revisited.

“As you know the cruise ship season begins at the beginning of April here in Canada,” Garneau said.

“We will be reexamining the situation after the 30th of June, or in anticipation, if things have improved, and at that moment we’ll make a decision about whether we can allow the cruise ship season to resume.”

He added that additional health measures would be put in place on smaller ships, but did not specify what they would be.

In Vancouver, the city’s downtown dock sat eerily empty. The terminal is typically busy this time of year in preparation for the hundreds of cruise ships that normally come through during the season. With cruise ship visits generating about $3 billion annually for the economy, it will be a crushing blow to the tourism and service industry.

To protect Canadians, I announced today measures to prevent the spread of COVID-19. This season, cruise ships will not be permitted to dock at Canadian ports from April 2 to July 1. In Northern and Arctic ports, the cruise ship season will be deferred for the entire season.

“Everything is on the table at all times, to manage the situation that is evolving,” Garneau said.

“Somebody could have no symptoms and develop the symptoms only after crossing the border, so it’s more important to have a system to screen people with health officials to detect and isolate the ones that are infected, rapidly,” he said.

“This is why our system in Canada is doing fine.”

These measures apply to ships carrying at least 500 people (passengera and crews).

For ferries and smaller vessels, we are developing strengthened health measures and approaches.