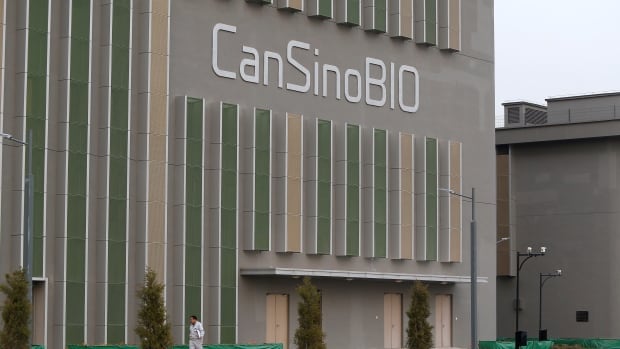 The National Research Council of Canada said Tuesday it will work with a Chinese company to try to develop its potential vaccine for COVID-19 more quickly.

Federal governments the world over have said vaccines are urgently needed to allow mass gatherings to resume. But that’s only if clinical trials in thousands of human volunteers show safety and efficacy before shots go into the arms of vast swaths of the general public.

As of April, five vaccine candidates have moved into clinical development in early stage human trials, including CanSino‘s, called Ad5-nCoV.

The collaboration announced on Tuesday will allow Canada’s publicly funded research council to try to scale up the technology needed to produce enough of the candidate vaccine to protect Canadians.

Matthew Herder, director of the Health Law Institute at Dalhousie University’s law school in Halifax, evaluated contracts for the Canadian Ebola vaccine. That vaccine followed a similar path from the lab bench to mass production. Herder welcomed the NRC announcement and awaits the details.

“I think it showcases the power of the public sector … to play a key role in the development of vaccines,” he said.

Herder wants to ensure Canadians will have access to all of the safety and efficacy data, both from trials conducted in China as well as here.

There could also be strings attached on pricing, how much manufacturing can be done in Canada to meet both domestic and international needs, and equity of access, he said.

The NRC plans to use a cell line its scientists developed during Ebola vaccine research. The federal government’s previously announced $44 million for upgrades to the NRC’s facility in Montreal also aims to allow for domestic production if the vaccine candidate pans out as hoped.

A Phase 1 trial for the Ebola vaccine took place at the Canadian Centre for Vaccinology in Halifax and the coronavirus vaccine will also be tested in human volunteers there.