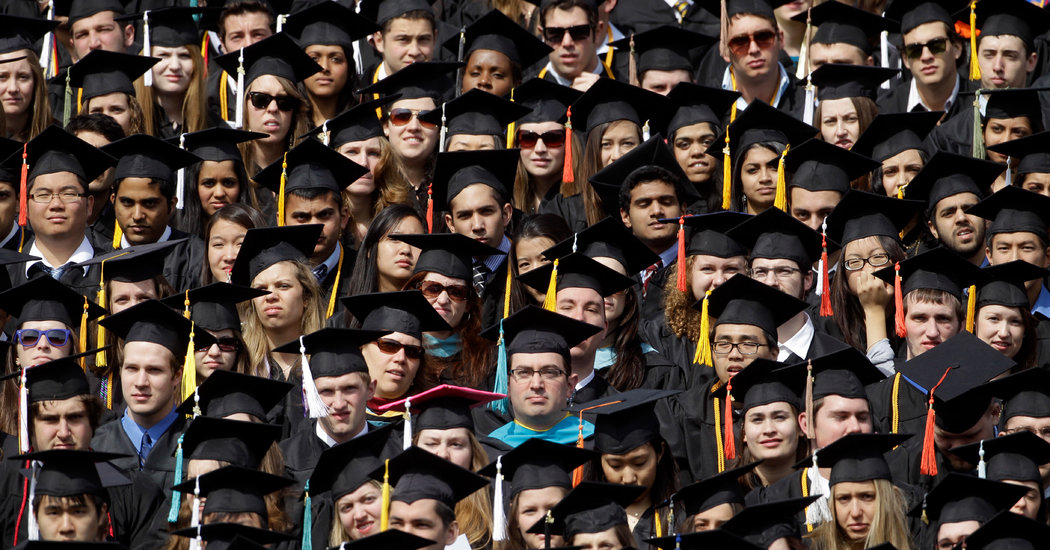 The University of Michigan on Friday canceled its commencement planned for May over fears of the coronavirus — one of what is likely to be many such college ceremonies to be reconsidered in the face of the pandemic.

The ceremony, which was to be held May 2 at Michigan Stadium and feature former Vice President Al Gore as the speaker, was scuttled to minimize the potential spread of the disease, the college announced.

More than 9,000 students would have been eligible to participate in the event, which customarily draws tens of thousands, a university spokesman said.

Public health officials have warned that such large gatherings facilitate the spread of the virus because of the proximity of attendees.

The university, which is in Ann Arbor, about 45 miles west of Detroit, said its announcement applied to “large campuswide ceremonies and individual school, college and group recognition ceremonies.”

“We know that this is very disappointing to many, and we are looking at ways to celebrate 2020 graduates in the future,” it added.

Lilly Hanson, 22, a senior at the university studying business, said she was not surprised to learn of the cancellation but that the news was still a disappointment.

“I knew this would blow up and be a full-scale thing,” she said on Friday night, referring to the coronavirus outbreak.

The school announced this week that it was canceling classes on Thursday and Friday, and on Friday announced it was shifting to strictly remote instruction for the rest of the semester.

Ms. Hanson, of Denver, said it was “bittersweet” to not be able to spend more time in person with classmates but that she was more disappointed to miss as important a milestone as graduation.

At the University of Maine in Orono, just north of Bangor, decisions are still being weighed about its commencement ceremony.

But after the school announced on Wednesday that it would shift to remote instruction starting March 23, students mobilized and organized an impromptu “Coronamencement,” which they celebrated on Friday.

Hailey Bryant, 21, a senior majoring in journalism and political science, said students wanted to do something to ensure their graduation was not lost.

“It was really hard because we’ve all been envisioning our graduation since we started college and all of a sudden it was taken away,” she said Friday night.

Ms. Bryant, of Gorham, Maine, a reporter for The Bangor Daily News, wrote that the event took root after another senior, Sophia Palangas, started a Facebook event to get together with friends for a final farewell.

“The idea caught on fast, and by this morning, more than 400 people had marked that they would attend,” she wrote. Some dressed in cardboard caps and bathrobes and others in dresses and suits, she wrote.

Robert Q. Dana, the university’s vice president for student affairs and dean of students, attended the event, which “made it feel a bit more official, like the school cared about our feelings,” Ms. Bryant said.

Mr. Dana said the school was considering alternate venues, such as an outdoor football stadium instead of an indoor hockey arena, to host the commencement.

He said the university would be “very student-centric in our decision making” given the importance of the ceremony.

He said that the “Coronamencement” showed that the students could find light despite the darkness of the grim pervasive news.