Obtaining the Campaigns list from the server has failed!
Server response:
CM Ad cahger Server plugin is not active on https://legendarygroup.co/admanager/
You Are Here Home Health News Capacity limits, mask mandate eliminated for most places in Manitoba on Saturday 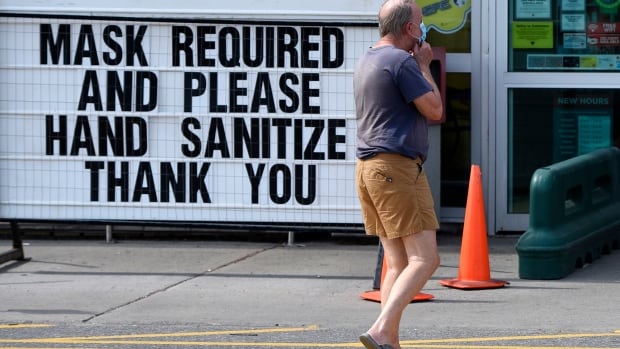 Capacity limits will be eliminated for most businesses as Manitoba’s next reopening steps take effect on Aug. 7 — one month earlier than first planned.

There will also be no restrictions on indoor and outdoor gatherings at private residences, and masks will no longer be required at indoor public places.

However, due to the ongoing presence of COVID-19 and the extra risk posed by the more contagious delta variant, health officials strongly recommend those who are not fully immunized continue to use masks and stay two metres away from others while indoors.

“This is great for our economy. It’s great for our communities as well,” said Premier Brian Pallister, who made his first public appearance in weeks, after controversy over comments he and a cabinet minister made about colonization and residential schools.

They will be reassessed at that time in the context of vaccination rates and Manitoba’s overall COVID-19 situation, the province said in a news release.

As of Tuesday, 80 per cent of eligible Manitobans age 12 and up had received one dose of a COVID-19 vaccine, the news release said. The province expects to reach 75 per cent with two doses within the next week.

Those numbers were set out in the province’s reopening plan as targets for the Labour Day long weekend.

Read the previous story below:

The announcement comes after the province passed the second target date set out in the reopening plan originally unveiled in June.

The province set a goal of having 75 per cent of Manitobans 12 and up vaccinated with one dose of a COVID-19 vaccine and 50 per cent with two doses by the August long weekend. Those marks were reached weeks ahead of Terry Fox Day, and a range of changes to public health orders came into effect July 17.

The changes included a range of expanded privileges for people who can show proof of having received two doses of a vaccine.

The next target is having 80 per cent of Manitobans vaccinated with a first dose and 75 per cent with a second dose by Labour Day. On Friday, 79.5 of the eligible population had one dose and 69.3 per cent had two doses.

Tuesday will also be the province’s first update on COVID-19 numbers in Manitoba since Friday. The province announced last week that it would no longer update numbers on the weekend.

Pallister hasn’t appeared before reporters for more than two weeks. Tuesday’s appearance will be his second public appearance following controversial comments on July 7, when he suggested the colonization of Canada was done with good intentions.