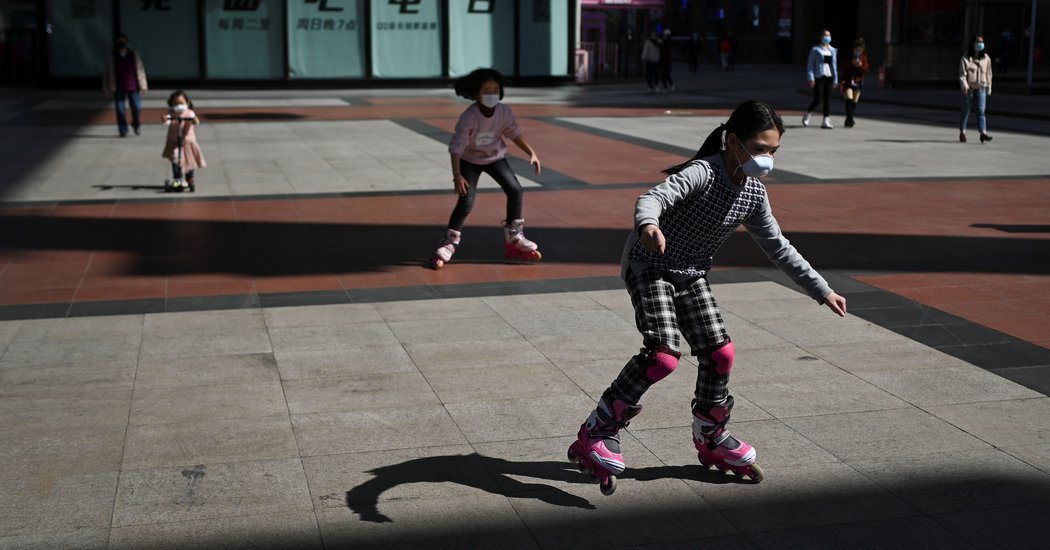 The coronavirus raging around the globe has tended to tread gently with children, who account for the smallest percentage of the tens of thousands of infections identified so far.

Now, the largest study to date of children and the virus has found that while most develop mild or moderate symptoms, a small percentage — especially babies and preschoolers — can become seriously ill.

The study, published online in the journal Pediatrics, looked at more than 2,000 ill children across China, where the pandemic began. It provides a clearer portrait of how the youngest patients are affected by the virus, knowledge that experts say can help influence policies like school closures, hospital preparedness and the deployment of an eventual treatment and vaccine.

The researchers analyzed 2,143 cases of children under 18 that were reported to the Chinese Centers for Disease Control and Prevention as of Feb. 8. Just over a third of those cases were confirmed with laboratory testing. The rest were classified as suspected cases based on the child’s symptoms, chest X-rays, blood tests and whether the child had been exposed to people with coronavirus.

About half of the children had mild symptoms, such as fever, fatigue, cough, congestion and possibly nausea or diarrhea. More than a third — about 39 percent — became moderately sick, with additional symptoms including pneumonia or lung problems revealed by CT scan, but with no obvious shortness of breath. About 4 percent had no symptoms at all.

But there were 125 children — nearly 6 percent— who developed very serious illness, and one 14-year-old boy with confirmed coronavirus infection died, said Shilu Tong, the study’s senior author, who is director of the department of clinical epidemiology and biostatistics at Shanghai Children’s Medical Center. Thirteen of those were considered “critical,” on the brink of respiratory or organ failure. The others were classified as “severe” because they had dire respiratory problems.

“Effectively, what this tells us is that hospitals should prepare for some pediatric patients because we can’t rule out children altogether,” said Dr. Srinivas Murthy, an associate professor of pediatrics at the University of British Columbia, who was not involved in the study.

“The main conclusion,” Dr. Murthy continued, “is that children are infected at rates that may be comparable to adults, with severity that’s much less, but that even within the kids, there’s a spectrum of illness and there’s a handful that require more aggressive therapy.”

More than 60 percent of the 125 children who became severely ill or critically ill were age 5 or younger, the study reported. Forty of those were infants, under 12 months old.

Dr. Tong said he believed that younger children were more susceptible to infection because their respiratory systems and other body functions are rapidly developing.

Dr. Andrea Cruz, an associate professor of pediatrics of Baylor College of Medicine and co-author of a commentary about the study, said that preschoolers and babies likely get sicker because of their “immune system immaturity.”

“They haven’t been exposed to viruses before and therefore they can’t mount an effective immune response,” she said in an interview.

Scientists are actively trying to determine why so many children appear to emerge relatively unscathed by the new coronavirus, a pattern that also characterized the earlier outbreaks of the closely-related SARS virus in China and MERS in the Middle East. Cases of children with the new coronavirus infection in Italy, Singapore and South Korea seem to be similar, Dr. Murthy said.

A theory that is gaining increasing currency is that the receptor or protein in human cells that the viral particles bind to, called the ACE2 receptor, is not expressed as prominently in young children or might be a different shape, Dr. Murthy said.

“It might not be as developed in children as in adults,” he said, which might make it tougher for the spikes on the tiny viral particles to bind and gain entry to the cells so the virus can replicate.

Another theory is that “most kids have healthier lungs” than adults, Dr. Cruz said. Adults have likely been more exposed to pollution over their lifetime and adults with severe coronavirus disease have tended to have underlying health conditions or weakened or aging immune systems.

It’s also possible, experts say, that children’s immune systems don’t rev up to attack the virus as much as adult immune systems do. Doctors have found that some of the serious damage infected adults have endured has been caused not just by the virus itself, but by an aggressive immune response that creates destructive inflammation in the body’s organs.

The new study, while large and included cases across China, not just where the outbreak originated in Wuhan, leaves many unanswered questions. For example, the researchers found that more of the severe and critical cases were in children with suspected — instead of confirmed — coronavirus infection, raising the possibility that other infections wreaked havoc on their bodies, in addition to or possibly even instead of Covid-19.

It’s also unclear whether the United States can expect the relatively small numbers of child cases reported in China or should brace for more.

“The age pyramid in China is really different than the U.S. — they have a lot fewer kids than we do,” said Dr. Cruz, who believes, as other experts do, that large numbers of people with mild or asymptomatic disease have not been recorded because testing was not done in those cases. “You’ve had a lot of under-testing in children because the focus has been on adults. It’s likely we’ve been underestimating the disease burden in kids.”

Answering questions about coronavirus in children could reverberate well beyond the pediatric population. It could shed light why some patients are most at risk. And, said Dr. Murthy, studying the physiology of those who are less affected could help in the development of treatment and a vaccine.