You Are Here Home Health News Children may not be coronavirus super-spreaders: Australian study 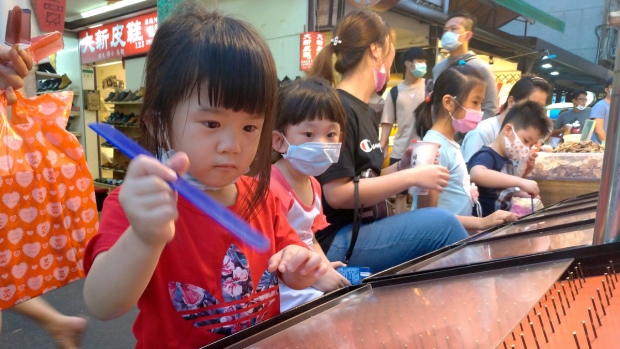 TORONTO — Discussions about reopening schools in Canada inevitably lead to concerns that children could act as so-called “super-spreaders” of disease transmission, but a study out of one state in Australia that didn’t close schools suggests that may not be the case.

Researchers in New South Wales, where children under 19 are four per cent of COVID-19 cases but 23 per cent of the population, found that “data from both virus and antibody testing to date suggest that children are not the primary drivers of COVID-19 spread in schools or in the community.”

According to the research, 18 confirmed cases in 15 schools resulted in only two additional transmissions among 881 close contacts.

The public health researchers said that was consistent with international studies that found limited spread of the disease among children and from children to adults. But shutting down schools has been an almost universal reaction to the pandemic.

By April 13, 192 countries had ordered schools to close, affecting more than 1.5 billion young people, according to UNESCO.

All available evidence points to children not being severely affected by COVID-19 themselves, with just 5.1 per cent of Canada’s cases being people under 19.

In some provinces, the case rate for children is much lower: 2.4 per cent in Ontario, 2.2 per cent in British Columbia, and 2.7 per cent in Quebec, for instance.

But the thinking is that kids could become infected at school and bring it home to their families or that they could bring it to school from home. That assumption comes from seasonal influenza. Kids are really adept at spreading that.

After all, young children touch almost everything and everyone around them and even if physical distancing is required and constantly reinforced, it’s inevitable that kids will forget. Teenagers, by nature, are generally social creatures, too.

But research studying children in Australia suggests kids aren’t good vectors for the coronavirus to spread. The data, which hasn’t yet been peer reviewed, is gaining attention among public health officials in Canada.

“Children are rarely ill in a significant way, it doesn’t mean that there’s no cases that are possible, but they are not very ill and unlike what we thought in terms of influenza, where they become great vectors of transmission within a population, it does not seem to be the case (with COVID-19),” Quebec’s chief medical officer, Dr. Horacio Arruda, said at a news conference last week when asked about the Australian findings.

He has been under the gun about the province’s move to send children back to school beginning May 11. It would start outside Montreal, followed by that city’s kids going back May 19.

But Arruda says risks can be managed with physical distancing and other measures, and that schools are important in providing education, as well as food and supports for vulnerable children.

Chief Public Health Officer of Canada Dr. Theresa Tam said Friday that her team is reviewing the Australian study, while several research initiatives are underway in Canada to explore COVID-19 and children. She said it’s generally clear that children aren’t severely affected by the virus, but more needs to be learned.

“I think we’re constantly trying to study what is the role (of children) in transmission. In some studies, so far, it looks like the role might be low, but I don’t think we should stop at that. We should just keep evaluating the role because if they if transmitted obviously to the grandparents or to the older population, I think that’s where the concern comes in.”

Echoing other public health authorities, Tam says the decisions around reopening schools have to balance the public health risk with the education, social, and psychological impacts of not sending kids to school.

In New South Wales, nine students and nine staff at 15 schools were confirmed to have COVID-19 from the beginning of March to April 10 when the school term ended. Once confirmed, they were sent home to self-isolate for 14 days, along with all those who came into close contact with them.

Altogether, 753 students and 128 staff were close contacts of these 18 cases. That’s defined as being in face-to-face contact for at least 15 minutes or spending two hours in the same room with someone who is infectious.

Researchers at NSW Health and the National Centre for Immunisation Research and Surveillance tracked the contacts, performing nose and throat swabs and antibody tests on those who agreed (about one-third of the total). They concluded that it was “most likely, but not certain” that just one child in a primary school and one child in a high school contracted COVID-19 from the initial 18 cases.

The researchers noted that closing schools comes with a social cost to the community and to children. They made the case that the spread of coronavirus could be contained without shutting down classrooms if students and staff feeling unwell stay home and physical distancing is practised.

But the researchers did acknowledge that, beginning March 23, the premier of NSW encouraged parents to keep their kids at home, despite schools remaining open.

“After this date face-to-face attendance in schools decreased significantly and this may have impacted the results of this investigation.”

Kristine Macartney, director of NCIRS and a pediatric disease specialist, told reporters that the results aligned with evidence from China, Iceland and the Netherlands that children have low rates of infection and transmission, and mild symptoms.

NSW will reintroduce in-class teaching for students one day a week beginning May 11, and ramp up attendance to full time by late July.

An international study published April 6, based on data from the outbreaks of SARS, suggests that “school closures did not contribute to the control of the epidemic.”

It also found that modelling studies of COVID-19 “predict that school closures alone would prevent only 2–4 per cent of deaths, much less than other social distancing interventions.”

The research team, led by child health experts at University College London, said potential negative effects of school closures including losing healthcare and other essential workers to child-care duties and threats to the welfare of vulnerable students when they don’t have schools to care for them.

“Given predictions that social distancing measures might need to be in place for many months or even years, there is an urgent need to identify how countries can safely return students to education and parents to work. Education is one of the strongest predictors of the health and the wealth of a country’s future workers, and the impact of long-term school closure on educational outcomes, future earnings, the health of young people, and future national productivity has not been quantified.”