You Are Here Home Health News Children with fever-related seizures after vaccination have no developmental, behavioural differences: study 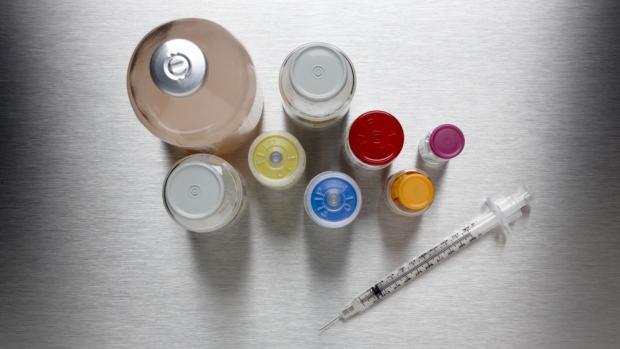 TORONTO — There is no difference in development or behaviour between children who have fever-related seizures after receiving vaccines and those who don’t, according to new research.

The study, which was published in the American Academy of Neurology on Wednesday, examines whether fever-associated seizures, or febrile seizures, that occur following a vaccination, affect children’s development.

Febrile seizures can occur with any condition that causes fever, such as the flu, colds, and ear infections. According to the U.S. Centers for Disease Control (CDC), up to five per cent of young children will have a febrile seizure at some time in their life with most occurring between 14 to 18 months of age. The agency said there is a “small increased risk” for febrile seizures after children have received their first vaccination for measles, mumps, and rubella (MMR vaccine). The risk for seizures is slightly higher with the measles, mumps, rubella, varicella (MMRV) combination vaccine, but it’s still small, the CDC said.

For the study, researchers from the National Centre for Immunisation Research and Surveillance (NCIRS) in Australia compared 62 children who experienced febrile seizures within two weeks of receiving a vaccine to 70 children who had the same type of seizure from another cause and 90 children without a history of seizures.

All of the children who had seizures were younger than two-and-a-half years old when they experienced them.

Certified developmental assessors without prior knowledge of the children’s seizure history conducted cognitive, motor, and language function tests on all of the children. Parents also completed questionnaires about their children’s behaviour for the study.

All of the children were tested within one to two years after they had a seizure.

“This is reassuring news for parents,” Dr. Lucy Deng, the study’s author and a general pediatrician and staff specialist at NCIRS, said in press release. “A febrile seizure can occur following vaccination and understandably can be quite distressing to parents. It can also cause parents to lose confidence in future vaccinations. Now, parents will be relieved to hear that having a febrile seizure following vaccination does not affect the child’s development.”

What’s more, the study showed that other factors, including having febrile seizures before the age of one, a febrile seizure lasting longer than 15 minutes, and experiencing more febrile seizures after the first one were also not associated with developmental problems.

While the authors noted several limitations of the study, including a relatively small number of participants and the need for further research on children’s development over a longer period of time, they still believe their findings will have significance in today’s world.

“At a time when there is a global resurgence of measles and new diseases are emerging, our findings are particularly important in reassuring parents and providers on the safety of vaccines,” Deng said.