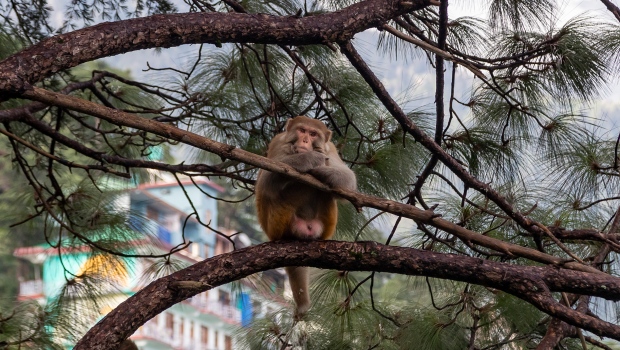 TORONTO — A Chinese man has died after he contracted an extremely rare infectious disease known as Monkey B virus from primates, according to health officials who say it’s the first documented human case in China.

The 53-year-old veterinary surgeon worked in an institute specializing in nonhuman primate breeding and experimental research in Beijing, according to the Chinese Center for Disease Control and Prevention.

In a report, the China CDC said the man had dissected two dead monkeys on March 4 and 6. A month later, he experienced “nausea and vomiting followed by fever with neurological symptoms.” After visiting several hospitals, the surgeon eventually died on May 27.

The veterinary surgeon’s blood and saliva samples were sent to the China CDC where it was determined he had contracted Monkey B virus, which is also known as B virus or herpes B virus.

Two of the man’s close contacts, a 47-year-old doctor and 25-year-old nurse, tested negative for the virus, according to the report.

The Monkey B virus most commonly infects macaque monkeys and is rarely seen in humans. According to the U.S. Centers for Disease Control and Prevention (CDC), the virus can be found in infected monkeys’ saliva, feces, urine, cells, or brain or spinal cord tissues and it can survive for hours on surfaces.

Because most people don’t come in contact with monkeys, the U.S. CDC said rates of infection among humans are very low; however, laboratory workers, veterinarians, and others who may be exposed to monkeys or their specimens have a higher risk.

Since its discovery in 1932, the U.S. CDC said there have only been 50 people who have contracted the Monkey B virus and 21 of them died.

“Most of these people got infected after they were bitten or scratched by a monkey, or when tissue or fluids from a monkey got on their broken skin, such as by needle stick or cut. In 1997, a researcher died from B virus infection after bodily fluid from an infected monkey splashed into her eye,” the U.S. CDC said.

Unlike other some other zoonotic viruses, transmission of the Monkey B virus from human-to-human is extremely rare with only one documented case of an infected person spreading B virus to another person, the CDC said.