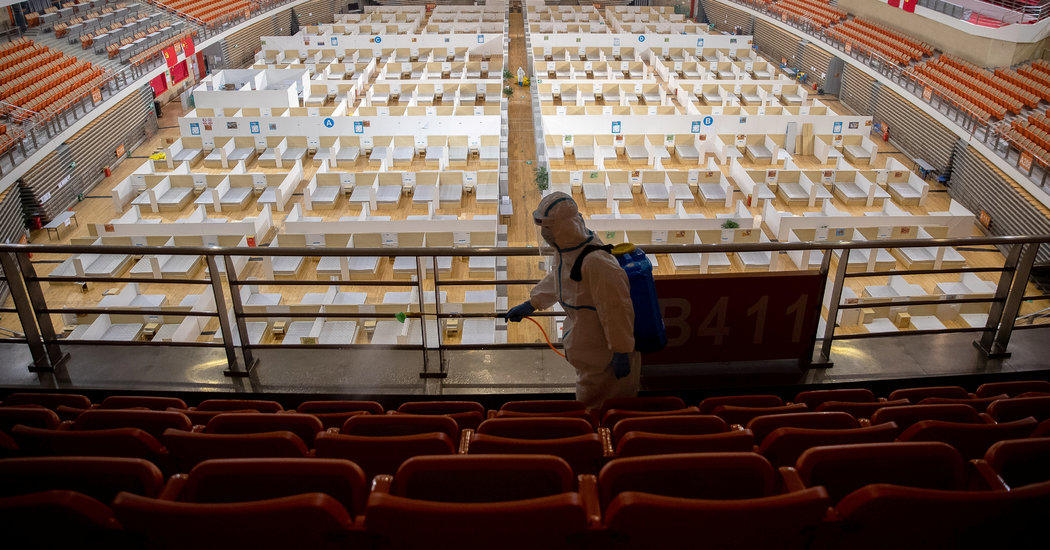 A new study reports that people who became sick from the coronavirus in the Chinese city where the outbreak began likely had a lower death rate than previously thought.

The study, published Thursday in the journal Nature Medicine, calculated that people with coronavirus symptoms in Wuhan, China, had a 1.4 percent likelihood of dying. Some previous estimates have ranged from 2 percent to 3.4 percent.

Assessing the risk of death in Wuhan is instructive because it provides a snapshot of the epidemic from the beginning, when doctors were scrambling to treat people with the brand-new virus and hospitals were overwhelmed. Some experts say that such a benchmark — known as the symptomatic case fatality rate — could be lower in countries like the United States if measures like widespread business and school closures and appeals for social distancing have the desired effect of slowing the spread of the disease.

“The experience gained from managing those initial patients and the increasing availability of newer, and potentially better, treatment modalities to more patients would presumably lead to fewer deaths, all else being equal,” wrote the study authors, a team that included scientists from the Harvard T.H. Chan School of Public Health.

But a 1.4 percent case fatality rate still means many deaths. By comparison, the average seasonal flu kills about 0.1 percent of the people it infects in the United States.

The new study calculated estimates based on cases in Wuhan as of Feb. 29, when there had been 48,557 confirmed patients and 2,169 deaths. The risk of death increased with age, “unlike any previously reported pandemic or seasonal influenza,” the researchers wrote.

While the overall symptomatic case fatality rate was 1.4 percent, for people who were 60 and older it was 2.6 percent. That makes the older age group about five times more likely to die than people with symptoms who were 30 to 59 years old, whose risk of dying was 0.5 percent. For those under 30, it was 0.3 percent.

The risk of developing symptomatic infection itself also increased with age, about 4 percent per year for people aged 30 to 60, the study said. The authors estimated that people 60 and older were twice as likely to develop symptoms as people aged 30 to 59 and that people under 30 have about one-sixth the chance of developing symptoms from the infection. That suggests, as has other research, that many young people may be unknowingly infected and able to spread the virus to others.

The researchers noted that their estimates faced some limitations, including that the study would not reflect the many people who were not tested and diagnosed, and that the data might not adequately capture people who were infected in Wuhan and traveled elsewhere. And although their estimated risk of death is lower than previous guesses, the authors make it clear that the virus will undoubtedly leave many casualties in its wake.

The findings “indicate that Covid-19 transmission is difficult to control,” they wrote, adding that “we might expect at least half of the population to be infected, even with aggressive use of community mitigation measures.”