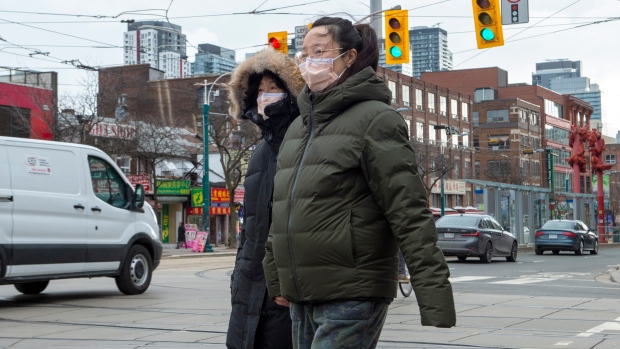 TORONTO — Growing concern about contracting or spreading the new coronavirus has so far prompted Canadians to make relatively modest changes to protect themselves and others, a poll released on Wednesday indicates.

The most dramatic impact, according to the Angus Reid Institute survey, is a noticeable increase in hand washing.

Of those surveyed, 57 per cent reported in the first week of March that they were washing their hands more often. That’s a 16-point increase from a month earlier.

Still, more than a quarter surveyed said they would cancel international trips they had already booked, even if it meant losing their money, while three quarters said they would go anyway, but take precautions.

The virus has caused illness and deaths in countries around the world, notably China, Iran, South Korea and Italy, which has locked down almost the entire country. Experts say the virus is highly contagious but, in general, the risk of becoming seriously ill or dying is low.

Canada has seen more than 100 confirmed cases, with one death reported — an elderly nursing home resident in British Columbia.

The tracking survey indicates a sharp increase over the past month in the number of Canadians concerned about the threat posed by the coronavirus. About 42% of Canadians now view the risk as “real and serious,” up from around 30 per cent at the beginning of February, the poll finds.

In all, about 40 per cent of those surveyed last week said they worried about becoming sick themselves, up from 30 per cent last month. At the same time, the number of Canadians who saw the situation as “overblown” has fallen.

“This certainly represents a hardening and an increase in concern and anxiety that is correlated to the number of cases that we’re starting to see and the level of proximity,” Shachi Kurl, the institute’s executive director, said in an interview. “A month ago, this was still very much a situation that was affecting people in other countries; now it’s coming home.”

In hopes of avoiding illness, 30 per cent said they would not go to concerts or sporting events, and would stay away from airports.

Despite the fears, roughly half of those polled expressed confidence in how the Liberal government of Justin Trudeau has been handling the crisis. Similarly, people in British Columbia and Ontario — the provinces hit hardest — are mostly confident in their provincial government’s response.

One of the biggest concerns, according to the poll, relates to the effects on the economy and the potential impact on personal finances. To mitigate the economic fallout, Trudeau on Wednesday said the federal government was spending $1 billion to help provinces respond to the novel coronavirus.

The polling industry’s professional body, the Marketing Research and Intelligence Association, says online surveys cannot be assigned a margin of error because they do not randomly sample the population.

This report by The Canadian Press was first published March 11, 2020.