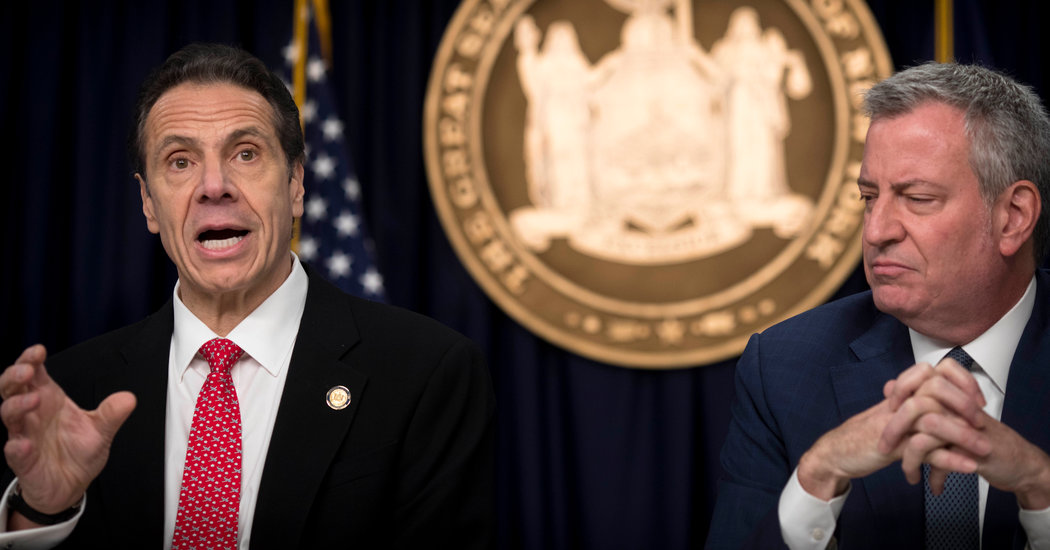 The authorities confirmed on Tuesday a second case of coronavirus in New York, a man in his 50s who lives in Westchester County, just outside New York City, suggesting that the virus may well have been spreading locally, and until now, undetected.

The man initially checked into a hospital in Westchester about four or five days ago, before it was confirmed he had the virus, the authorities said, acknowledging that he may have exposed doctors, nurses and others to the illness.

“We believe that a couple of the medical professionals have been quarantined,” George Latimer, a Westchester County executive, said at a news conference, adding that state health officials were examining “what exposure might exist” to the staff at that medical facility, the NewYork-Presbyterian Lawrence Hospital in Bronxville, N.Y.

The patient has since been transferred to a Manhattan hospital. He is a lawyer who lives in New Rochelle and works in Manhattan.

He had not traveled to any of the areas that are known hubs of transmission for the virus, which was first identified in China in late December and has since spread around the world.

Health authorities in New York are now scrambling to try to trace the chain of transmission in both directions. They are trying to learn how he was infected and who might have been infected because of him.

“City and State disease detectives are working closely to identify close contacts and the appropriate next steps,” Mayor Bill de Blasio of New York said in a statement.

Two of the man’s children have links to New York City. One child attends a Jewish high school in Riverdale, which was closed on Tuesday as a precaution. The other, a college student in the city who officials believed lives on campus, has exhibited symptoms associated with the illness. Both of them have been quarantined and are being tested for coronavirus, according to Mr. de Blasio.

“Yes, people are going to get infected,” the governor, a Democrat, said in an interview on Long Island News Radio, adding that “80 percent self-resolve,” referring to the estimated recovery rate for mild or asymptomatic cases.

Mr. Cuomo said the new patient had an underlying respiratory illness and is now at NewYork-Presbyterian Hospital in the city. The mayor’s office said he was in “serious condition.”

There were crucial differences between the first case in New York, which came to light on Sunday, and the second.

The first coronavirus patient is a woman, 39, who began showing symptoms after returning home from Iran — currently the center of the outbreak in the Middle East. Health officials do not believe she was yet contagious when she flew home. And she came into contact with few people other than her husband and the driver who picked her up from the airport, health officials said.

With that first case, the source of infection — a foreign country — was known, and the authorities were hopeful that she had not spread the virus to other New Yorkers. “We don’t believe she was contagious when she was exposed to other people,” Mr. Cuomo said.

But the second case appears different. The authorities do not know how the man became ill. Though he traveled recently to Miami, he is not known to have traveled abroad or to any areas with widespread transmission. For New York, this means the new coronavirus can no longer be thought of as an external threat that has yet to arrive.

Epidemiologists say that the increase in cases should come as little surprise, given how few people have been tested. In New York City, fewer than 20 people had been tested; across the state only a few dozen people have.

The city’s public health laboratory confirmed his case on its first day of being allowed to test for coronavirus, the mayor’s office said.

“With the results confirmed within a number of hours, we were immediately able to take next steps to stop the spread of this virus,” the statement said.

Previously, health authorities could not test patients locally and had to send samples to the Centers for Disease Control and Prevention in Atlanta, limiting the number of people tested.

The governor said the state was also monitoring two families in the Buffalo area who had recently traveled to Italy, one of the centers of Europe’s outbreaks.

On Monday night, acting on a proposal by Mr. Cuomo, the State Legislature approved a $40 million emergency aid package to help the State Department of Health hire additional staff and equipment to help track and fight the disease. The governor said he would sign that bill on Tuesday, and he expected that additional measures to mitigate the disease could be necessary.

He added that the State University of New York system was deciding whether to ask students abroad to return home.Also on Tuesday, two schools in the New York City area were closed for “precautionary measures” — the SAR Academy and SAR High School in the Riverdale neighborhood of the Bronx, and Westchester Day School in Mamaroneck, N.Y.

Mr. Cuomo said during a news conference on Tuesday that one of the Westchester patient’s children attended SAR, which stands for Salanter Akiba Riverdale and describes itself as a Modern Orthodox Jewish day school.

Ms. Goldman said that the school did not have any reason to believe that any of its students, faculty or staff had coronavirus, but that it had opted to close when it learned that a person in one of the school’s feeder communities was suspected of contracting the virus.

That person, Ms. Goldman said, did not have any children who attended the school.

Following reports of price gouging on items like face masks and hand sanitizers, state Senator Brad Hoylman, a Democrat, said he would introduce a bill on Tuesday to penalize businesses that raised prices on medical supplies by more than 10 percent during a public health emergency.

“It’s said that after the storm come the vultures, and that’s exactly what could happen here if we don’t act now,” Mr. Hoylman said, adding, “Profiting off fear of disease is unconscionable.”