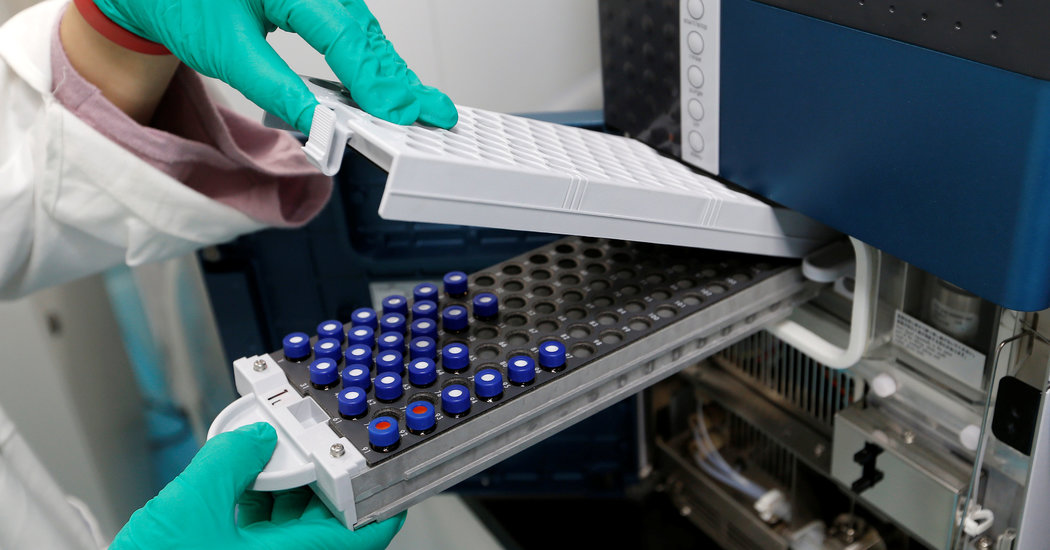 A vaccine developed in China appears to be safe and may protect people from the new coronavirus, researchers reported on Friday.

The early-stage trial, published in the Lancet, was conducted by researchers at several laboratories and included 108 participants aged 18 to 60. Those who received a single dose of the vaccine produced certain immune cells, called T cells, within two weeks. Antibodies needed for immunity peaked at 28 days after the inoculation.

“This is promising data, but it’s early data,” said Dr. Dan Barouch, director of vaccine research at Beth Israel Deaconess Medical Center in Boston, who was not involved in the work. “Over all, I would say this is good news.”

The trial is the first step in testing the vaccine and was intended mainly to verify its safety. Proof of its effectiveness will require trials in thousands, perhaps hundreds of thousands, more people.

A vaccine for the new coronavirus is considered to be the best long-term solution for allowing countries to reopen their economies and return to normalcy. Multiple teams worldwide are racing to test various candidates.

Results of just one other human vaccine trial have been published in a scientific journal. That vaccine has now entered mid-stage human trials, the manufacturer, Sinovac Biotech Ltd., said on Friday.

The vaccine reported today was made with a virus, called Ad5, modified to carry genetic instructions into a human cell. The cell begins making a coronavirus protein; the immune system learns to recognize the protein and attack it, in theory preventing the coronavirus from ever gaining a foothold.

But Ad5 is a cold virus that many people probably have already been exposed to. About half of the participants in the trial had powerful antibodies to Ad5 before they got the vaccine.

In these people, “their immune systems will essentially rear up and blunt the effect of the vaccine,” said Dr. Kirsten Lyke, a vaccinologist at the University of Maryland who is leading another coronavirus vaccine trial.

The researchers in China did find that people who had Ad5 antibodies were less likely to develop a strong immune response to the vaccine.

“That may limit the use of this vaccine,” said Dr. Peter Hotez, dean of the National School of Tropical Medicine at Baylor College of Medicine. “If you’re comparing vaccines, the adenovirus ones so far seem to be on the lower end of the spectrum.”

Other teams have turned to adenoviruses to develop coronavirus vaccines, but they are using less common strains, or even animal strains, to circumvent this problem. Dr. Barouch, who is working on an Ad26 vaccine, said his team has data from Africa and Southeast Asia showing that people generally do not have high levels of antibodies to that strain.

People between 45 and 60 years of age also produced weaker immune responses following vaccination than younger participants. Dr. Lyke said the responses may turn out to be even weaker among people older than 60.

“That’s a very important target population that they would have to examine,” she said. Dr. Lyke suggested that this vaccine might be best suited to younger populations and children.

The results are based on data from a short period, and it is unclear how long the vaccine’s protection might last.

The researchers tested three doses and said the highest dose seemed to be the most effective. This dose response is encouraging, experts said. But people who got the highest dose also experienced the most side effects.

Experts praised the researchers for publishing all of their data for others to review, and said the results were promising over all.

“What we hope is that there will be not one vaccine but several vaccines that will be approved,” Dr. Barouch said. “The world needs multiple vaccines.”