You Are Here Home Health News COVID-19 pandemic: What have past pandemics looked like? 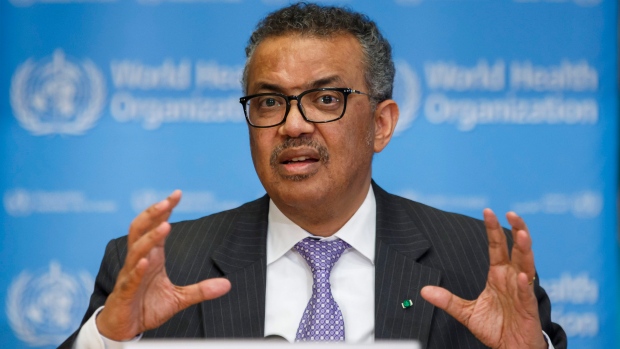 TORONTO — The World Health Organization has declared COVID-19 a global pandemic, but what have past pandemics looked like?

The WHO defines a pandemic as the worldwide spread of a new disease.

“An influenza pandemic occurs when a new influenza virus emerges and spreads around the world, and most people do not have immunity,” the WHO said on its website.

“Viruses that have caused past pandemics typically originated from animal influenza viruses.”

The first pandemic of the 21st century was H1N1, commonly referred to as swine flu, in 2009.

“Children and young adults were disproportionately affected in comparison to seasonal influenza, which causes severe disease mainly in the elderly, persons with chronic conditions and pregnant women.”

The most severe pandemic of the 20th century was the so-called “Spanish flu,” estimated to have caused between 20 and 50 million deaths over 1918 and 1919.

This pandemic was also caused by the N1N1 virus, with genes of avian origin, according to the U.S. Centers for Disease Control (CDC).

“The high mortality in healthy people, including those in the 20-40 year age group, was a unique feature of this pandemic,” the CDC wrote.

The Asian flu was first reported in Singapore in February 1957, Hong Kong in April 1957 and in coastal cities in the U.S. in summer 1957, according to the CDC, with an estimated 1.1 million deaths worldwide.

The estimated number of deaths from the Hong Kong flu was one million worldwide, with most deaths in people aged 65 and older.

In Renaissance Europe the bubonic plague, or Black Death, wiped out more than 50 million people in the fourteenth century.

Nowadays, plague is easily treated with antibiotics and the use of standard precautions to prevent acquiring infection, according to the WHO.