Obtaining the Campaigns list from the server has failed!
Server response:
CM Ad cahger Server plugin is not active on https://legendarygroup.co/admanager/
You Are Here Home Health News COVID-19 vaccine explainer: How protein subunit shots work, what makes them different 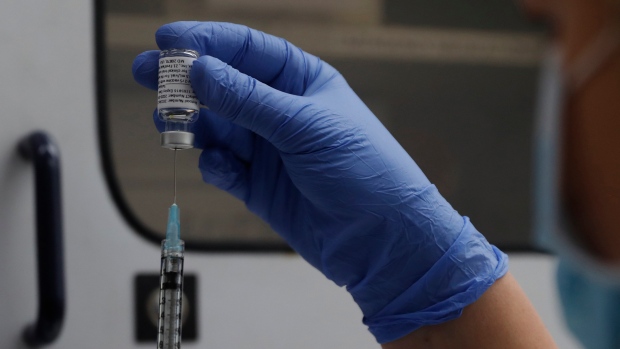 TORONTO — While many people are now familiar with the mRNA and viral vector-based COVID-19 vaccines currently available in Canada, there is another type of vaccine that could be arriving in the near future.

Although the technology used to produce them is well established, COVID-19 protein subunit vaccines have not been authorized for use in Canada yet.

However, Canada has agreements to purchase millions of doses of protein subunit vaccines currently in development by the U.S.-based company Novavax as well as the vaccine candidate being produced jointly by France’s Sanofi and the U.K.’s GlaxoSmithKline.

The candidate produced by Novavax is currently in Phase 3 trials with a recent large study finding the two-shot vaccine was about 90 per cent effective overall.

John Trizzino, the chief commercial officer and chief business officer for Novavax, told CTVNews.ca they expect to file with Canadian regulatory authorities by the end of the third quarter, anticipating shipments of the vaccine following shortly after.

Sanofi and GSK’s vaccine candidate is likely a longer way off as it is now entering into Phase 3 trials with the goal of having it approved by the end of the fourth quarter.

With this new type of COVID-19 vaccine expected to join the vaccine roster in Canada in the coming months, here’s a look at how they are produced, how they differ from the others, and what is the benefit of having another option.

WHAT IS A PROTEIN SUBUNIT VACCINE?

Generally, vaccines contain weakened or deadened parts of a bacteria or virus (antigen). Exposing the vaccine recipient triggers an immune response that produces antibodies capable of recognizing and fighting off the real pathogen should it appear in the future.

Newer-style vaccines, such as the mRNA vaccines produced by Pfizer-BioNTech and Moderna, contain genetic instructions so the body’s cells can produce the antigen on its own.

Protein subunit vaccines, on the other hand, already contain fragments of the antigen so the body doesn’t need to produce them.

In the case of COVID-19, the vaccines target the distinctive spike protein located on the surface of the novel coronavirus that helps the virus penetrate cells and cause infection.

Protein subunit vaccines contain purified pieces of a pathogen, which are completely harmless, instead of the entire germ.

Dr. Scott Halperin, a professor of pediatrics, microbiology, and immunology at Dalhousie University and the director of the Canadian Center for Vaccinology, explained that the pieces of the pathogen are grown in cell culture or tissue culture, for example, and then the material is purified through a chemical process that ensures there isn’t any extraneous material or bacteria.

“So the more pure it is, the more predictable it is as well, from a manufacturing standpoint,” he told CTVNews.ca during a telephone interview in late June.

Because the protein fragments have to be grown and then purified in a lab for protein subunit vaccines, the production of these types of vaccines takes longer than it does for the other approved COVID-19 vaccines that skip this step. In those vaccines, the body is given instructions on how to produce the protein itself, which means it’s not grown in a lab beforehand.

“It’s much more of a multi-step process. Where with the RNA vaccines, you determine what the sequence of the amino acids are in the RNA that you want. You manufacture those very quickly and then you’re using that material to let the human host do all the work,” he said. “So you’re bypassing a bunch of steps.”

Because protein subunit vaccines only use a small part of the pathogen, they are less likely to cause side effects for the recipient. However, this also means they’re less likely to produce long-lasting immunity, which is why they often include the addition of an adjuvant – a substance used to boost the immune response.

Jorg Fritz, an associate professor in the department of microbiology and immunology at McGill University, said the adjuvant that is used is dependent on the vaccine manufacturer.

Trizzino added that protein subunit vaccines offer an additional benefit from a transportation and storage perspective because they don’t require any special refrigeration like the mRNA ones.

“We also have refrigerator stability, which provides for easy, more easy movement of product around the logistics network,” he said.

ARE THEY JUST AS EFFECTIVE?

Both Fritz and Halperin said protein subunit vaccines are just as effective as other types and the technology they’re made with is well-established.

In fact, the protein subunit approach has been widely used for decades in numerous vaccines, including hepatitis B, pertussis, and HPV.

“These technologies have been proven to be pretty strong, pretty solid,” Fritz said.

In the case of COVID-19, Fritz said the vaccines by Novavax and Sanofi appear to be effective in preventing disease and protecting against emerging variants of concern, according to their clinical trial results.

Novavax recently released its Phase 3 clinical trial results showing their vaccine was about 90 per cent effective overall, which puts it on par with the vaccines produced my Pfizer-BioNTech and Moderna.

While Sanofi is still in the midst of Phase 3 trials for its COVID-19 vaccine candidate, the company announced the vaccine produced strong immune responses across all adult age groups in their Phase 2 trial.

WHY ARE THERE SO MANY DIFFERENT TYPES?

While they may take longer to produce, the protein subunit vaccines are worth the wait, according to Halperin.

That’s because there are several advantages to having different types of vaccines to choose from.

Firstly, Halperin said some people might not respond as well to certain vaccines or there might be segments of the population that are unable to receive one type.

“So having as many different platforms as possible provides some diversity,” he said.

He also suggested it’s possible researchers will discover that having a combination of two different types of vaccines provides the best protection against the disease, or at least causes fewer side effects.

Halperin said this could be important in the future, if people will be required to get boosters or yearly shots to reinforce their protection against COVID-19.

“It may be better tolerated to have this kind of a mix-and-match of different platforms,” he said.

Trizzino added that it’s also better to have more vaccines from a global supply perspective.

“There is value in having other vaccine technologies, I think, as well as other vaccines from a capacity standpoint,” he said.

“There’s no way that any one of the individual companies would be able to supply the needed doses around the globe. So there’s value to making sure that there’s different technologies and sufficient supply to get to all of the populations.”

And while Canadians have begun receiving their second doses of a COVID-19 vaccine, Halperin said there are still billions of people around the world who still need to be immunized.