You Are Here Home Health News COVID-19 vaccines will roll out ‘as quickly as possible’ after Health Canada approvals, Trudeau says

As opposition critics and some premiers accuse his government of falling behind on a vaccine distribution plan, Prime Minister Justin Trudeau today sought to reassure the country that his government will be ready to deploy shots soon after they receive the necessary Health Canada approvals.

Trudeau said the independent scientists reviewing the clinical trial data submitted by the drugmakers behind four promising vaccine candidates are working hard to ensure the safety of these products before Ottawa starts shipments.

With recent polls showing that a sizeable number of Canadians will refuse a vaccine altogether, or will wait some time before lining up for a shot, Trudeau said he wants Canadians to be assured that the science will not be rushed and Canada’s regulators will only approve a product that works.

“In this COVID-19 pandemic, keeping Canadians safe means getting a vaccine as quickly as possible, but it also means making sure that the vaccine is safe for Canadians,” Trudeau said.

Trudeau said once the regulator gives the green light to one of those vaccines, Canada will mobilize its public health infrastructure to deploy it to the provinces and territories.

WATCH: Trudeau is asked about how vaccines will be delivered

The U.S. Food and Drug Administration is set to meet on Dec. 10 to review the Pfizer product. Health Canada’s chief medical adviser, Supriya Sharma, has said regulators here are expected to make decisions on timelines similar to those followed by the U.S.

Speaking to reporters at a COVID-19 briefing, Public Services and Procurement Minister Anita Anand said today the government is planning for vaccines to arrive in the first three months of 2021.

Based on her conversations with the drugmakers, she said, she’s hoping a vaccine will be available to Canadians well before the end of March.

The U.S. has publicly released a robust distribution plan — 20 million Americans are expected to be vaccinated in December alone. Canadian officials have been largely quiet about how the deployment will be conducted here, beyond offering assurances that the provinces and territories will be ready to go.

Anand said she wanted to clear up what she called “misinformation” that has been circulating in recent days.

Anand confirmed that Canada already has received 34 of the freezers needed to store vaccines that must be kept at temperatures well below zero, with another 92 freezers soon to follow. The Pfizer product, for example, needs to be kept at approximately -80 degrees Celsius to remain stable.

All told, between the newly procured cold storage and existing federal capacity, 33.5 million doses of frozen and ultra-frozen vaccines can be stored here at this point, Anand said. 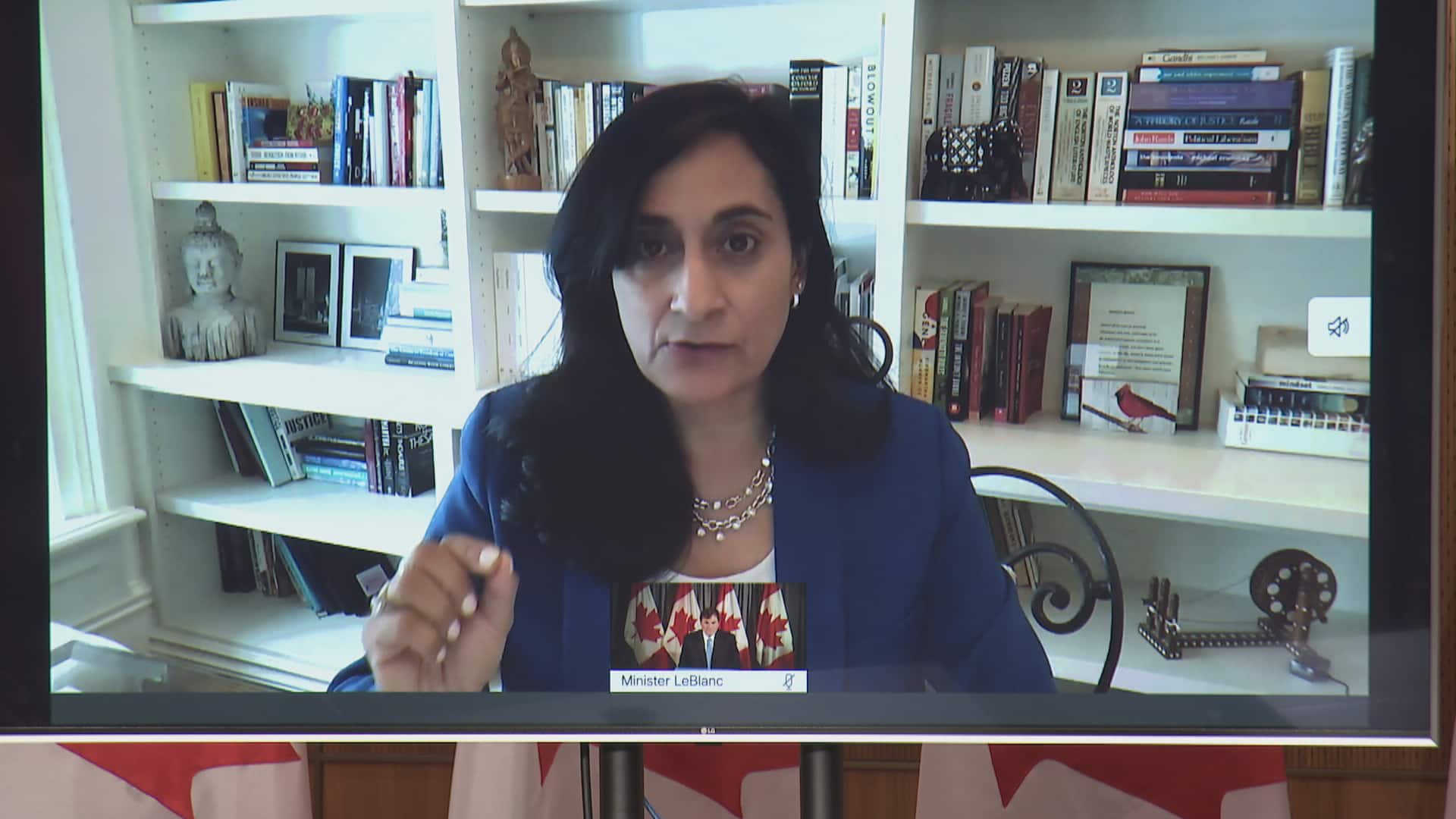 Beyond storage, the shots also need to be transported by qualified shippers. Anand said more details on end-to-end logistics will be revealed in the coming days.

Anand said Canada was among the first countries to sign agreements with pharmaceutical giants Pfizer and Moderna for their vaccines, which use groundbreaking messenger RNA technology, or mRNA. These vaccines essentially direct cells in the body to make proteins to prevent or fight disease.

While some have suggested Canada is at the “back of the line” on vaccine availability, Moderna’s co-founder confirmed to CBC News on Sunday that Canada will be among the first countries in the world to get access to doses.

On Monday, the Massachusetts-based company applied to the FDA for emergency use authorization (EUA) of this vaccine in the American marketplace.

In July, Moderna began administering its vaccine and a placebo to 30,000 clinical trial participants in the U.S.

“This is striking,” Dr. Paul Offit, a member of the FDA’s vaccine advisory committee, told CNN Monday. “These are amazing data.”

Moderna’s chief medical officer said he became emotional when he saw the data Saturday night. “It was the first time I allowed myself to cry,” Dr. Tal Zaks said. “We have a full expectation to change the course of this pandemic.”

The federal government secured an agreement on Aug. 5 with Moderna for 20 million doses of its vaccine, with the option to procure an additional 36 million doses if necessary.

Marginalized groups, such as seniors in long-term care homes, and front line health care workers are expected to be among the first to be inoculated, said Dr. Theresa Tam, Canada’s chief public officer. She added that other essential workers, such as grocery store clerks, could also be ahead of other Canadians.

The National Advisory Committee on Immunization (NACI), which provides independent advice to the Public Health Agency of Canada, has provided some guidelines on which “key populations” should be among the first to be vaccinated.

Ultimately, it will be up to the provinces and territories to identify who gets a shot first. But Trudeau said Tuesday that the premiers agree that these plans should be largely harmonized nationwide.

While some provinces and territories have voiced serious concerns about a lack of detail on how and when vaccines will be available, Health Minister Patty Hajdu said those jurisdictions are well-placed to administer these vaccines when they do arrive because they lead mass inoculation campaigns each year during flu season. 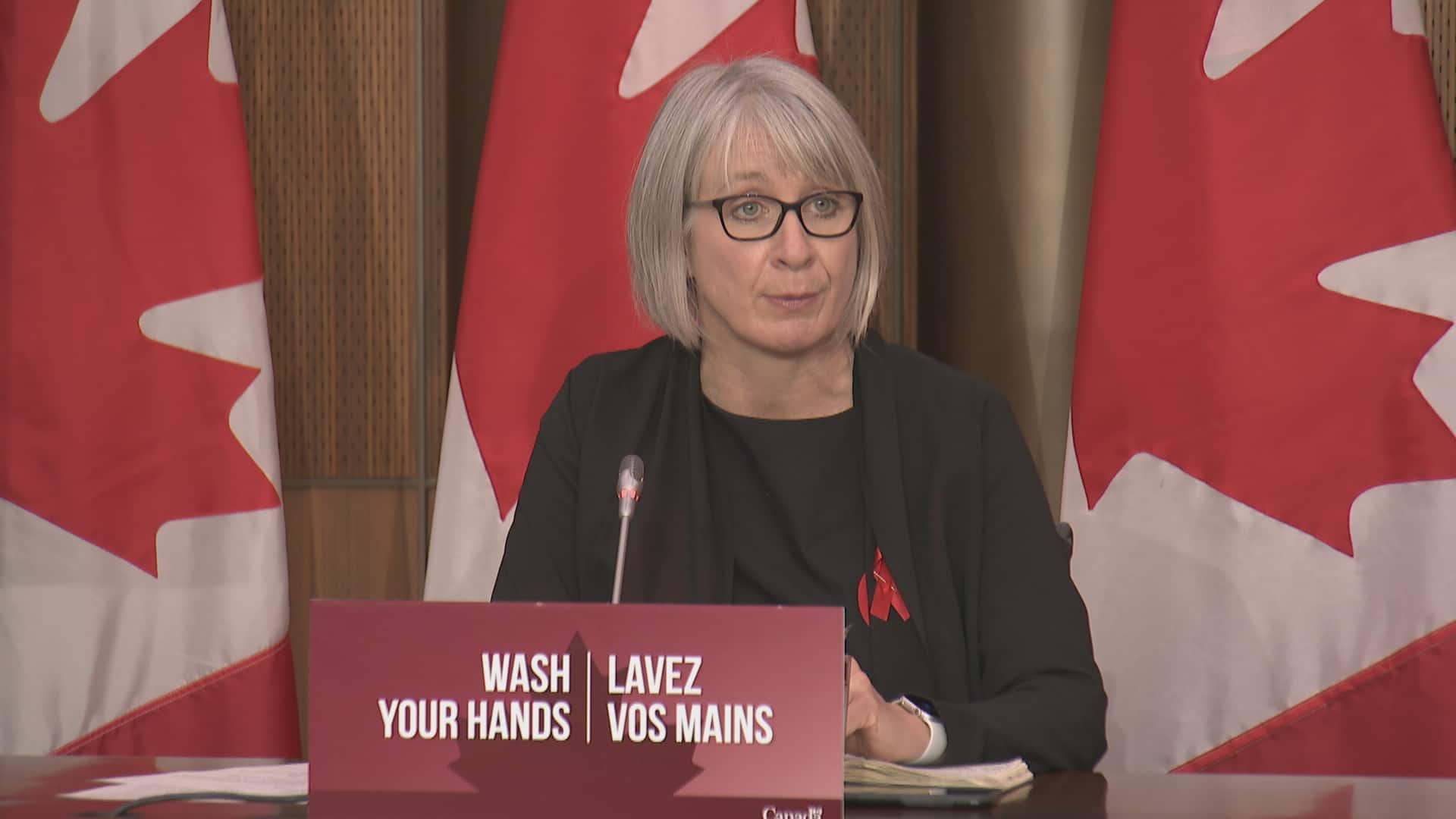 “I say to Canadians: hang on. We can get through this winter together and relief is on the way.”