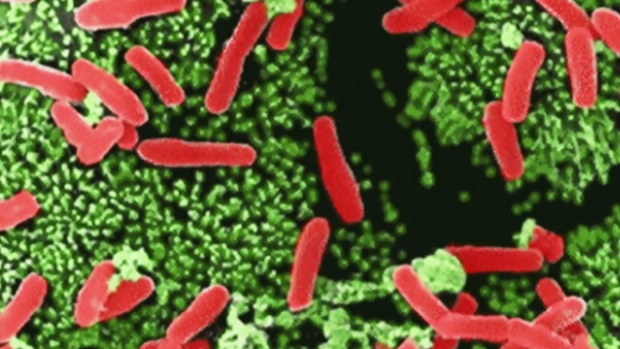 Scientists in Georgia have discovered bacteria with a gene that makes it resistant to some of the strongest antibiotics in the world, in what has been described as a “dangerous problem” for public health.

The bacteria, Morganella morganii (M. morganii), was found to have the gene known as “MCR-9.1,” which makes it resistant to colistin, a strong antibiotic typically used as a last-resort treatment.

The short format manuscript, published last month in the Journal of Global Antimicrobial Resistance, found the bacteria in a one-litre sample of sewage taken from a processing plant in Georgia.

“To our knowledge, this is the first report of a plasmid-borne mcr-9.1 gene in M. morganii globally and of mcr in sewage samples in the U.S.A.,” the study notes. “The latter indicated that the mcr genes might be becoming established in the U.S.A.”

Though this is believed to be the first documented case of the gene in the M. morganii bacteria, the researchers had no trouble finding it, as it was present in the very first sample they tested.

Colistin is considered a last-resort medication because of its toxic side-effects and doctors’ desire to preserve its effectiveness.

It is also sometimes used in livestock, typically in places such as China and India. Colistin is not used in Canadian or American livestock, though some antibiotics from the same family are.

Doctors have long worried that MCR-9.1 would spread to more dangerous bacteria, making infections nearly impossible to treat, especially if these bacteria are already resistant to the other medications. In a worst-case scenario, even bacteria such as E. coli and salmonella could be considered deadly infections.

In December 2020, the World Health Organization declared antimicrobial resistance among the top 10 global health issues of 2021.

“If we don’t tackle it right now, we are jeopardizing human and animal medicine as we know it and that can have huge repercussions on health and the economy,” Issmat Kassem, assistant professor at the University of Georgia’s College of Agricultural and Environmental Sciences, and lead author of the report, said in a news release.

“It’s a dangerous problem that requires attention from multiple sectors for us to be able to tackle it properly.”

Given how sparsely the M. morganii bacteria is studied, Kassem suggests that the MCR-9.1 gene may be more widespread than initially thought and more research into the matter is needed.