You Are Here Home Health News Delta Plus, a New Variant, Raises Concerns in India 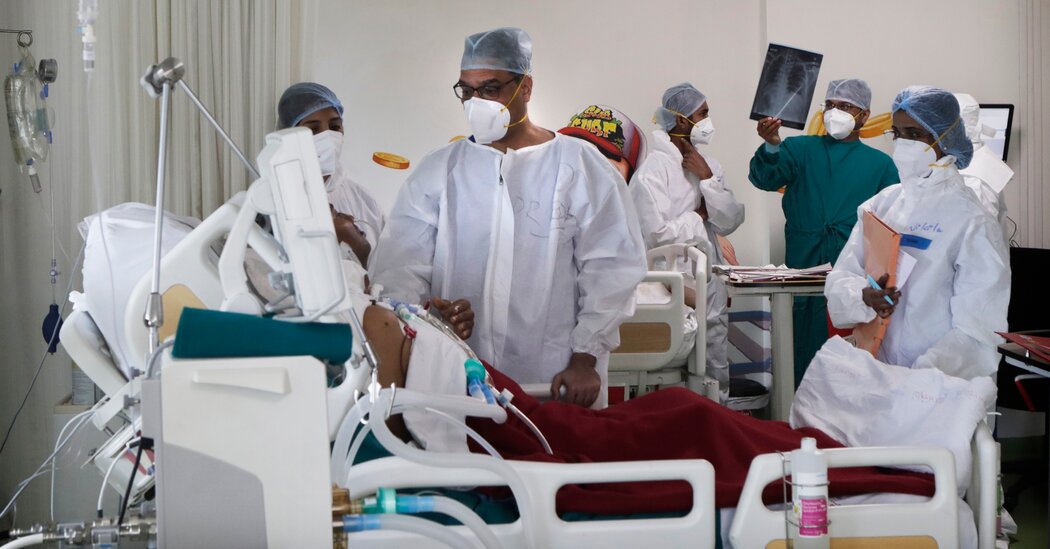 As India begins to reopen after a devastating second wave of coronavirus infections, concern among virologists is growing that another, possibly more virulent version of the virus could hasten the start of a third wave within just a few months.

The version, which has become known locally as Delta Plus, is described by scientists as a sub-lineage of the highly contagious Delta variant that has spread rapidly through India, Britain, the United States and other countries. The new variant carries a spike protein mutation that is also found in the Beta variant, first identified in South Africa, which virologists say could make it more transmissible.

Reports suggest that cases of Delta Plus have been found in nearly a dozen countries, including the United States. In India, Delta Plus was first detected in April in the western state of Maharashtra. The authorities in India this week declared it a new “variant of concern” after finding more than 40 cases across three states: Maharashtra, Madhya Pradesh and Kerala.

The Indian Health Ministry said this week that Delta Plus had showed increased transmissibility. The states where the variant has been found have been asked to bolster testing, enhance surveillance and speed up contact tracing to try to prevent its spread.

Because of its recent discovery, there have not yet been any studies of this particular variant, so scientists have limited information. They have begun to speculate about its ability to spread, however.

“It is most likely capable of dodging immunities,” said Shahid Jameel, a virologist and director of the Trivedi School of Biosciences at Ashoka University in Sonipat, India. “That is because it carries all symptoms of the original Delta variant and also from its partner Beta variant.”

Officials at the Indian Health Ministry emphasized that both Covid vaccines in wide use in the country — the AstraZeneca vaccine manufactured by the Serum Institute of India and the Covaxin shot made by the Indian company Bharat Biotech — are believed to be effective against variants, including Delta Plus.

India’s vaccination drive has gathered speed this week, with more than 6.7 million people nationwide receiving shots on Thursday, according to official data. Prime Minister Narendra Modi’s government has declared that the shots should be offered free to all adults, aiming to shore up an inoculation effort that had been hampered by mismanagement and a lack of supplies. About 5.5 percent of the population is fully vaccinated, and 18 percent have received at least one shot.

In Maharashtra, one of the hardest-hit states, officials said that Delta Plus was becoming a significant concern and warned that they would reimpose restrictions if cases rose.

“We are at the end of a second wave and we will be careful with how we unlock,” said Rajesh Tope, the state health minister. “The lessons we have learned dealing with the second wave are being used to stop the spread of any new variant.”

Delta Plus was also identified this month by health officials in Britain, who called it Delta-AY.1. They wrote in a June 11 report that they had detected 36 cases, the first five of which were contacts of people who had recently traveled through Nepal and Turkey. Half of the 36 cases occurred in people who had not been vaccinated and none of the cases had led to death, but the report cautioned that there was “limited epidemiological information available” about the variant.