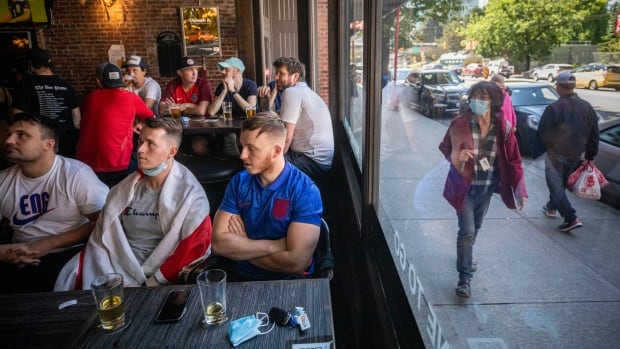 The number of COVID-19 cases caused by the delta variant is doubling every seven to 10 days in British Columbia, experts say.

Prof. Sarah Otto of the University of British Columbia said the variant, which first became prominent in India, is displacing the alpha variant that originated in the United Kingdom.

“Delta is now the most common variant in the province, with its frequency doubling every week relative to alpha,” said Otto, who is an expert in the university’s zoology department on the mathematical models of pandemic growth and evolution.

“The delta variant increases the viral load by about one-thousand-fold, making it much easier to catch and transmit,” she added.

COVID-19 cases in B.C. continued their upward march as the province reported more than 700 infections Tuesday over a four-day period, with more than half of those in the Interior where the vaccination rate is lower.

Paul Tupper, a mathematics professor from Simon Fraser University, said the delta variant is a “large part” of the reason for the increase in COVID-19 case numbers.

The relaxing of restrictions and reopening of the economy have also contributed to the growth, he said.

If the alpha variant infects two people on an average, the delta infects three, “and that’s bad news,” he said.

The good news is that areas with higher vaccination rates are showing fewer infections, even with the delta variant, he said.

The Vancouver Coastal Health region has a vaccination rate of about 80 per cent, while it is 65 per cent for the Interior health region — and that is reflected in COVID-19 case numbers, Tupper said.

Delta and the 4th wave

Dean Karlen, a physics professor at the University of Victoria, said the emergence of the delta variant is stronger than scientists expected, and Canada’s next wave of the pandemic has the potential to be similar to what’s happening in the United States if special measures such as mask mandates are not re-introduced.

The exact trajectory and intensity of growth will become clearer as more data comes in over the next few weeks, he said.

Otto said B.C. is beginning a fourth wave of COVID-19 infections, but how high it will get and how fast it will rise depends on everybody’s behaviour.

The two things people can do to prevent the wave from getting “very high” is get vaccinated and avoid indoor crowded spaces without a mask, she said.

The province and the country will continue seeing such waves as new, more transmissible variants arise, but Otto noted that “vaccinations are really protecting people from the worst ravages of this disease.”

Caroline Colijn, a mathematics professor at Simon Fraser University, said most of the infections are likely to be among the unvaccinated population.

“And they of course have the same risk of hospitalization they always did, or maybe more with delta because it may be more severe and [have] higher viral loads,” she said.

While the vaccines are about 90 per cent effective against the coronavirus, Tupper said there will still be some people who get sick and transmit it to others. A higher degree of immunity can be achieved by vaccinating children under 12, he said.

Health Canada has not yet approved a vaccine for children under 12.

“Children when immunized can contribute to herd immunity, and that makes other people that they’re with safer,” Tupper said. It “definitely makes sense” to have some restrictions until a higher vaccination rate is reached, Tupper said.

“So, anything that buys us time, that allows us to have fewer infections before we get our vaccination numbers high, that makes sense,” he said.